Daisy Lowe will perform at the event too

Daisy Lowe has been unveiled as the newest face of Clothes Show Live.

The UK's largest fashion and beauty event today reveals the news that the British model will be helping to promote the event, which coincides with the ticket sale launch for the 24th annual show.

Fresh from gracing the cover of this month’s InStyle, the 23 year old model and DJ who has modelled for the likes of Chanel, Vivienne Westwood and Topshop, will work with show organisers to make sure the 2012 event is the most inspirational, interactive and fashion-focused to date.

To launch this year’s show, Daisy appears in a campaign photoshoot directed by celebrated photographer Matt Irwin who has previously worked with Lady Gaga and Naomi Campbell for editorial spreads in Elle and Vogue. The styling was led by creative director of Wonderland magazine and super stylist to Robert Cavalli, Grace Cobb who drew on trends such winter florals, head to toe mixed prints and Daisy’s signature grunge glamour to create the key looks.

Daisy said: “It’s a huge honour to be representing Clothes Show Live.  I’ve been a fan since I was a young girl - it’s a great British institution that makes fashion accessible for all ages. I’m proud to be involved this year when the focus is right where it should be – at the heart of British fashion.” 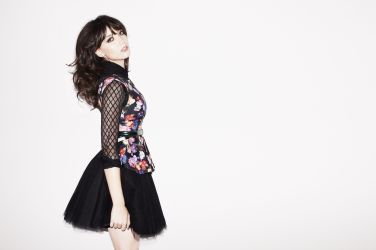 At the heart of British fashion, the five-day event will feature catwalk shows and shopping from internationally acclaimed brands and high street labels, as well as showcasing work by up and coming, independent designers. Combining the glamour and excitement of the catwalk shows at London Fashion Week with the drama of a West End production, the famous Suzuki Fashion Theatre will feature Daisy Lowe as part of its 45 minute spectacular show, featuring 40 models and dancers on stage.

The full event line-up, yet to be announced, will also include talks by some of the country’s leading stylists and industry experts, workshops and career seminars on all things fashion related, as well as Q&A sessions with editors from some of the UK’s most respected magazines.

Clothes Show Live Show Producer Maryam Hamizadeh added: “We’re very excited to be working with Daisy, who is perfectly placed to front our 2012 show.  Focused on our roots at the heart of British fashion, Daisy seems just the right ambassador. Her sense of style, accessibility and positive body image really caught our attention.  Daisy embodies what we are all about, and is a woman of her day and age – independent, confident, determined and, of course, extremely fashionable.”

Tickets are on sale now from www.clothesshowlive.com. 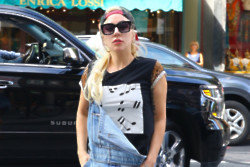 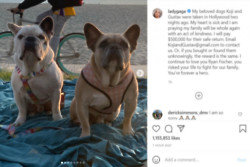 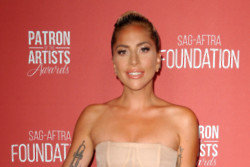 Family of Lady Gaga's dog walker praise the singer after shooting: 'She's shown nothing but love'