Matthew Williamson has opened up about his second H&M collection, which is due to hit shelves later this month.

After the success of his first collection, we're unsurprised he has decided to create a second range, but we are rather shocked about how quickly this one has come out!

Considering he only revealed his fab peacock inspired collection two weeks ago, it does seem all a tad rushed, but hey we aren't going to complain!

So what has he got in store this time around then? Well plenty more embellished tops, coloured jeans and boho prints are going to be adorning the shelves once again for a start, and he's set to unveil his first menswear pieces too!

But how does he feel about the initial reaction to his first collection?

"I was still overwhelmed by the public's reaction to my first collection in April, and I'm even more excited to see the response to the second collection, as it includes my first ever men's pieces,' Matthew revealed to Grazia.

He also spoke out about the fab new advert, revealing the concept behind the exotic shoot: "The commercial was shot in the middle of the night on Copacabana beach in Rio," he told Grazia.

"The concept was very tongue in cheek, with a real surreal edge to the imagery and soundtrack.

"Basically it shows girls unsatisfied with their constrained, dull lives and wanting a change, which comes in the shape of my H&M collection!"

Here's a sneak peak of what's in store when his collection hits H&M on Thursday... 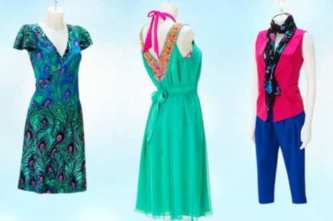 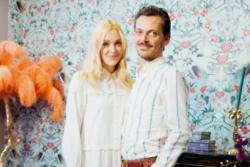 Matthew Williamson's career 'snowballed' after Kate Moss modelled for him 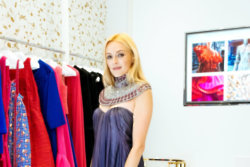 Royals live in most haunted area of...