Minoeve started her journey into the world of modeling, going only by the name of "Emma.” An attractive young lady with incredible curves and a talent for drawing attention, she knew deep down that she had what it takes to survive in that competitive world that is the New York night club scene.

Now, anyone who has ever forayed into that world would know of the grit and determination it takes to break into it. Thanks to the glitter and glamour, the celebrities and the spotlights that come with them, and of course, thanks to the money, there is usually a huge demand and fight for places to get in.

But Emma wouldn't let this stop her - which isn't surprising for anyone who knew her. Her stubbornness and determination, she recalls, have always been two of her most vital traits.

Emma Minoeve knew of the challenges involved, of course, while starting to make a name as a successful stripper in New York City. But not even she could have predicted how much hard work and discipline it would take from the late nights - which was expected - to regular makeup sessions, shoots, groveling, and even literal fights. It was quite a challenging experience.

But she pulled through. In the end, not only did she achieve relative fame as one of the most recognizable names in that hugely saturated scene, but she also had the money and substance to back it up.

She ended up earning about $18,000 a month, which wasn't bad at all. It was the kind of money that made girls want to jump on the scene in the first place. For many, this would be considered the end. Job well done. But not for Emma Minoeve.

Life as an MMA Ring Girl

For many, earning a cool $18,000 a month for dancing would have been a great success and an indication to stop and get complacent. Not for Emma, though. She wanted more. And her yearnings earned her a much-coveted job as an MMA ring girl while working at the gentlemen's club.

This opportunity not only helped her supplement her income and consolidate her earnings even further, but it also gave her the much-needed connection with stars and celebrities that most girls on the scene craved.

And while, overall, it was a great experience with much to be proud of, Minoeve would later come into contact with people who were earning even much more than she was - without leaving the comfort of their houses.

Life as a Cam Girl

Much has been written about what it takes to live as a cam model. You sit in front of a computer, entertain people from all over the world, and make a lot of money. Minoeve, however, would have you know it isn't that simple.

It takes a lot of activities behind the scenes that most don't even know of. For instance, Minoeve wakes up by 5 am every day, has her makeup artist come over to her place, spends hours getting plastered before working and working.

And of course, there's the strict diets and regimented lifestyle involved. All of that, though, is even more motivation for Ms. Minoeve. She enjoys the challenge, and, according to her, she's always looking forward to the next world to conquer. 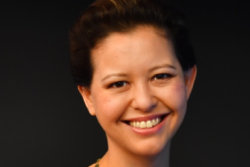 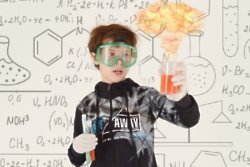 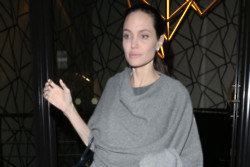 Angelina Jolie: We can all step in and do our part to save the bees