David Haye: “Within a Year I’ll Have A Title”

Former Heavyweight and Cruiserweight World Champion, David Haye, talks about his concerns over new changes to Olympic boxing legislation, the importance of strong role models like Muhammad Ali and sending Nikolai Valuev into retirement with a final winning blow, in a series of revealing interviews with Dylan Jones for Vauxhall Motors. 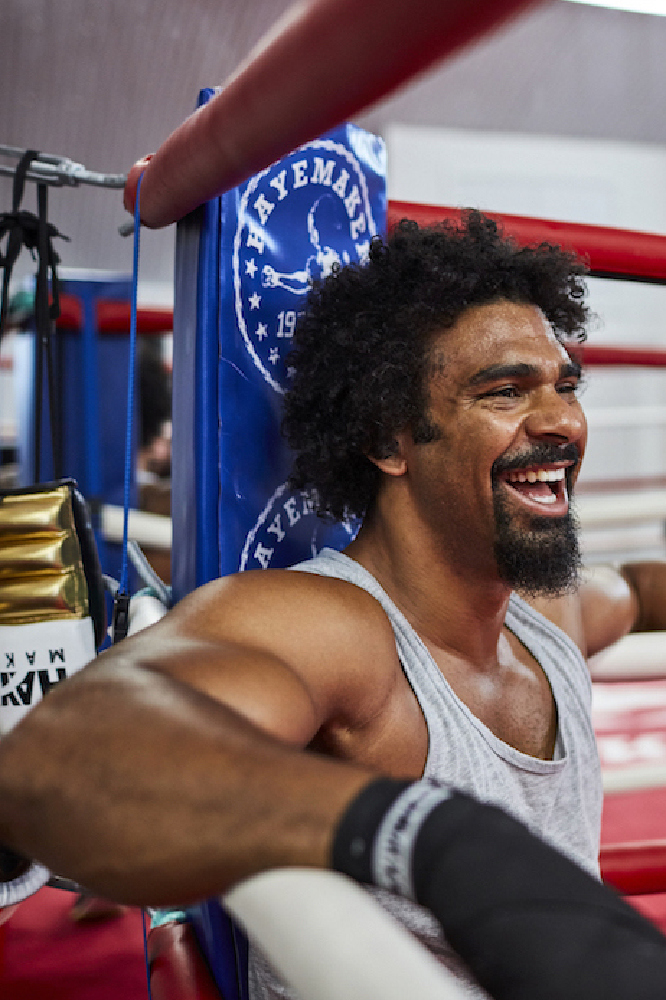 The films mark the second installment in Vauxhall's 'Great British Legends' series, which profiles Britain's best-loved figures from the worlds of comedy, sport and entertainment. The short films see David 'The Hayemaker' Haye go head to head with GQ editor Dylan Jones in the ring, before driving around the backstreets of his hometown of Bermondsey, London in a new Brit-built Vauxhall Astra.

Discussing David's early years in boxing, the British talent he is backing for success this Summer and being in the limelight, the four short films include:

'British amateur boxing is flying high', David Haye on the summer of boxing

Discussing his opinions on recent changes to Olympic legislation allowing professional boxers to compete against amateurs, the strength of British amateur boxing and his top tips for success including Nicola Adams and Joe Joyce

'If I weren't a boxer, I'd be a supermodel', jokes David Haye on fame

Interviewing Justin Bieber in the ring, an alternative career as a supermodel, and being crowned the sexiest vegan in 2014

'I believe within a year I will have a title', David Haye discussing his 2016 comeback

Breaking his hand in a 'David vs. Goliath' fight with Nikolai Valuev, achieving his goal of becoming heavyweight champion of the world and his 2016 comeback plans

'At a very early age I could punch really hard', David Haye and Dylan Jones on his formative years in boxing…

Discussing the importance of strong role models including Muhammad Ali, channeling his winning DNA, recalling being the hardest kid in his class and stepping into a boxing gym for the first time

Vauxhall's 'Great British Legends' series takes celebrities back to their roots, looks at their early influences and aims to find what makes a 'Great British Legend'. The videos celebrate the iconic Astra being a fixture on our roads for over 35 years and it being crowned 'European Car of the Year 2015', making it a true legend of British car manufacturing.

David Haye commented, "Even with some big boxing titles in the bag, it is an privilege to be considered a 'Great British Legend'. Growing up in South London surrounded by strong role models, helped sculpt me into the man I am today and I hope I inspire kids in the area to follow in my footsteps."

â€¨Dylan Jones said, "A sporting legend, David Haye was the perfect fit for the second installment of the 'Great British Legends' series. David has had a phenomenal career and is a great role model for any aspiring athlete. He became Heavyweight Champion of the World in 2009, following greats like Muhammad Ali, making him a household name"

He continued, "One in four Brits has either owned or driven an Vauxhall Astra at some point in their lives, so it's only right that we pay tribute to its legendary status, along with other living legends in Britain."