Ford today revealed that the all-new EcoSport, a compact, rugged and fuel efficient sports utility will go on sale in Europe within the next 18 months as Ford expands its line-up in the growing European SUV market.

EcoSport is based on Ford’s global B-segment platform and combines small car practicality with the flexibility, spaciousness, agility and style of a SUV.

"It will also present customers with a fantastic small car choice that will also include the B-MAX compact multi-activity vehicle as well as new Fiesta."

EcoSport is the first Ford global model to be developed entirely in South America. Introduced in 2003, Ford created the segment in Brazil and has since sold more than 700,000 units in the region. New EcoSport will meet the increasing demand for small SUVs in Europe, which Ford expects to double over the next five years.

"The new EcoSport has undergone millions of miles of testing, on the most rigorous terrains, in the most demanding climates across the globe," Collins said.

The distinctive and aerodynamic EcoSport features a large front grille; slim, detailed headlights; and cladding on the side sills and bumpers. It will be equipped with Ford SYNC in-car connectivity system, enabling owners to voice-activate phone calls and select music from devices connected via Bluetooth or USB.

Ford SYNC includes Emergency Assistance, which directly connects the vehicle occupants to local emergency services operators after an accident, in the correct language for the region.

The all-new Ford EcoSport will go on sale across Europe within the next 18 months, while Ford’s SUV range is soon to be supplemented by an all-new Kuga. The Ford Edge, a larger and more premium vehicle already popular in North America, is expected to complete the family when it becomes available for European customers. 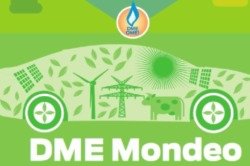 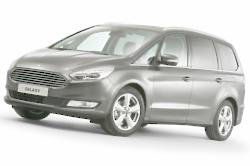 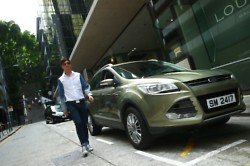