Female First had the chance to review Audi’s latest second-generation Q5. Based around their ‘MLB’ platform as used in the A3, A4, and A5 the Q5 positions itself between the smaller Q3 and the seven-seat Q7. The latest improvements mean this Q5 is much lighter than the previous version as a result of replacing steel with aluminium, giving better economy and this model contains far more tech. 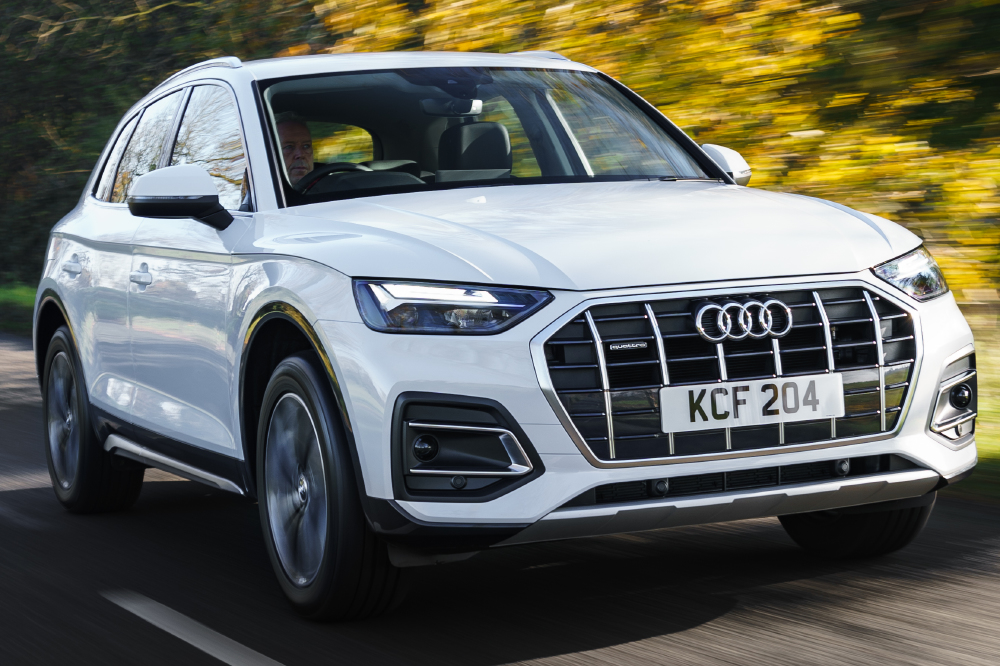 Other changes include, LED light clusters, a 12-volt mild-hybrid boost that makes the start-stop system more effective, helping with fuel economy. Inside changes include a new touchscreen that now contains the climate controls.

Driving the Q5: The Q5 45 TFSI quattro 265PS S line S tronic comes with a 2.0-litre petrol engine which turns in a tidy 245bhp, and with its 12-volt hybrid boost with more coasting and longer periods with the engine switched off, economy stands at a healthy 48/9mpg with careful use of the mild hybrid system. 0-62mph takes a touch under eight seconds – though during test the Q5 didn’t feel particularly fast but I put that down to the size and comfort levels of the car that give the driver a relaxed feel to driving this car, in reality it’s got all the performance you need.

The 45 TFSI petrol, during our real-world driving pulled an average of 42.8mpg “hats off to us” - we did a long session of extremely careful driving and used every last bit of “coasting” to eek every last mpg out of the Q5’s mild Hybrid system - beating Audi’s claim by a few miles per gallon.

Inside: Audi interiors have always been amongst the best in the motoring world and the Q5 interior is no exception, creating a classy first impression. The Q5’s cabin is a superb place to sit with a slick minimalist design, strong frames capped with soft plastics, matt wood and metal trims - dynamic and classic.

Every Audi Q5 comes with leather seats as standard, our S line came with supportive sports seats trimmed in leather and suede-like Alcantara and aluminium trim.

Driving position is on point, the wheel sits dead centre of the seat, with brake and accelerator pedals offset to the right, where they should be as a seven-speed dual-clutch auto ’box means there’s no clutch pedal.

The low seating position in the Q5 but that is down to the higher window line, in the rear - there’s enough space for five adult’s and the luggage compartment has 155lt of ample storage.

Electronics: The Q5 has Audi’s ‘Virtual Cockpit’ with all the main instruments displayed digitally on a 12in display screen, is user friendly and remembers the driver priorities placing them order of use, it easy to quickly glance at sat-nav directions or view Google Maps full-screen and it’s bright enough to stay clearly visible when in direct sunlight.

The Audi Multimedia Interface combines a central touch screen display, Bluetooth and USB connectivity, 10-speaker stereo with a subwoofer and 180W amp as standard and optional Bang and Olufsen upgrade plus a controller on the centre console with a control pad that’s easy to navigate.

Elsewhere there are separate buttons and switches for the heating and ventilation system, heated seats and so on, and the whole caboodle is supplemented by steering wheel controls for major functions.

With typical Audi efficiency the Q5 drives and handles like a dream, when we took the Q5 on our usual test run over the M62 from Manchester to Leeds and beyond, despite driving snow flurries and strong gusting wind the Q5 wouldn’t be pushed around, handling everything the weather could throw at us in a sure and reassuring manner.

After a packed lunch in the car, we headed back to Manchester along the A6 and ‘B’ roads through East Lancashire, as well as a number of journeys on what could be only described as dirt tracks, the four-wheel drive dealt with slippery icy mud, deeper snow drifts and icy road surfaces to deliver us safely back home.

Unfortunately, with the current limitations on schools and shopping we were limited on that side of the normal Female First Reality Tests but the Q5 would have no trouble being able to deliver your kids to school or packing a week’s shopping onboard. The infotainment system will also keep young passengers entertained during long journeys.

The Audi Q5 wins on all fronts but most of all to use our favourite phrase when describing an excellent vehicle, the “Q5 looks after its passengers” delivering them in as near to perfect condition as possible to their destination and is surely one of the best SUV’s on the market

Find Out more on the Audi Q5 Range Audi UK 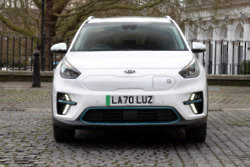 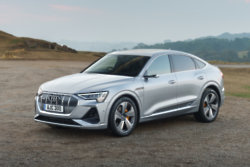