Dana Lustig has returned to the director's chair for A Thousand Kisses Deep, which is her first movie since Wild Cherry back in 2009.

Scattered around the old woman’s broken, lifeless body Mia discovers shredded pieces from a beloved photograph of herself and her former lover Ludwig (Scott).

Highly unnerved, Mia begs Max (Warner), the buildings’ all knowing custodian, to let her into the deceased woman’s flat.  While inside this strangely familiar place, Mia recognizes the contents as her own.

Confused and disturbed by what lies before her, she bolts back and forth in time where she is forced to realize it was her very own life that ended before her.

Now, the only way to safeguard her future is to go back to her past and confront the man she loves deeply but dreads most.

Mia is a haunted woman who is very much stuck in the past and troubled by past relationships and the idea that she could go back and change elements of her past to help her future self is a promising one but it doesn't really work.

The jumping around from different time periods is just confusing and why she is able to do this with the aid of David Warner's character and an elevator is also a little unclear - however the different floors of Mia's life is quite a nice touch.

The main issue with this movie is the lack of character development therefore you never feel truly attached to these characters or care too much about them.

Dougray Scott turns in a great performance as former musician Ludwig but he is a cruel womaniser who yearns for the past.

But the relationship between Ludwig and Mia isn't really explored in a any great depth and you don't really see the negative impact that he has on her.

Similarly Emilia Fox play Mia's rather uncaring mother but you never see her at real loggerheads with her daughter, which is a real shame.

Jodie Whittaker does the best with what she is given but there is no emotional depth to her character and you really don't see the impact that the tough relationship with her mother and Ludwig has done to her.

There are a couple of plot twists that offer some surprises but A Thousand Kisses Deep is a drama that never really gets going.

Sadly A Thousand Kisses Deep is a bit of a mess of a movie that with a script that you can punch holes through and characters that have the potential to be intriguing if someone had bothered to give them some real depth.

A Thousand Kisses Deep is out now 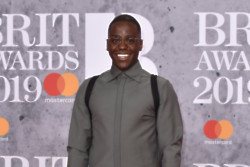 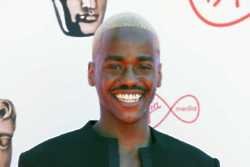