5 Biggest Grossing Movies Of 2012 So Far

Amazingly we are already over half way through 2012 already and boy have we been treated to some great movies.

So we take a look at some of the films that have grossed the dollars at the box office so far this year.

Of course the biggest grossing movie of the year so far is Avengers Assemble and the marvel heroes came together for the very first time on the big screen.

Directed by Joss Whedon he delivered a movie that gave all the central character ample screen time as well as pulling all of their story lines together.

The movie was expected to do well but it has been a box office smash as it has taken in excess of $1.4 billion worldwide and become the third biggest movie of all time - behind Titanic and Avatar.

Robert Downey Jr, Chris Hemsworth, Chris Evans and Scarlett Johansson reprised the roles of Iron Man, Thor, Captain America and Black Widow while we were introduced to The Hulk and Hawk Eye, played by Mark Ruffalo and Jeremy Renner for the first time.

There is already talk of a sequel but Downey Jr and Hemsworth are working on solo projects.

The Hunger Games kicked off the blockbuster summer and it has been the second biggest grossing movie of the year so far.

An adaptation of the popular Suzanne Collins novel and saw Oscar nominee Jennifer Lawrence cast in the lead role of Katniss Everdeen.

The popularity of the books transferred onto the big screen as the movie was a critical and commercial hit as it stormed box offices all over the world.

Filming on Catching Fire is set to get underway in September and Mockingjay will be split into two movies.

It had been ten years since a Men In Black movie had last graced the big screen but this summer Will Smith and Tommy Lee Jones were back.

Yes they reprised their roles as Agent J and Agent K while Barry Sonnenfeld was back in the director's chair.

And the franchise proved to be as popular as even as it topped the box office and has so far take $603 million worldwide.

On the promotional tour Sonnenfeld hinted that this may not be the end of the franchise so... watch this space.

A summer is not complete without an animation movie and so far it is Madagascar 3: Europe's Most Wanted that has really struck a chord with audiences.

It was 2005 when Madagascar burst on to the big screen for the first time but this year Ben Stiller, Chris Rock, David Schwimmer and Jada Pinkett Smith were back.

They voiced the characters of Alex Marty, Melman and Gloria for the third time and were joined by the likes of Sacha Baron Cohen and Jessica Chastain.

So far the movie has taken $454 million at the global box office but it still has some way to go to beating the $532 million and the $602 million of the first two movies.

The fairytale has been growing in popularity at the box office in recent years and Snow White and the Huntsman was the latest to be adapted for the big screen.

Kristen Stewart took on the central role of Snow White and was joined on the cast list by Chris Hemsworth, Charlie Theron and Sam Claflin.

The movie did much better than most predicted takes over $354 million worldwide. And, as you my expect, off the back of that success it seems like a sequel might follow.

But Snow White and the Huntsman looks set to be toppled as the fifth biggest grossing movie of the year any day now as The Amazing Spider Man has hit that figure in it's first week of release. 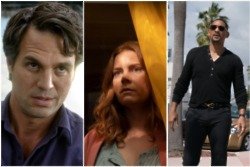 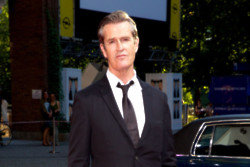 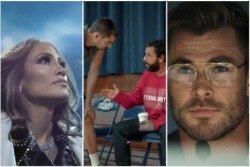