Ezra Miller: A Star On The Rise

Ezra Miller's star is well and truly rising as the young actor has delivered a couple of performances recently that have been totally knockout.

And one of those performances is in his new movie The Perks of Being A Wallflower - the big screen adaptation of Stephen Chbosky's novel.

Miller started training as an opera singer as a child before moving into acting as a teenager.

And it was at the age of sixteen that he landed his first movie role in Afterschool, which was released in 2008.

The movie, which was the directorial debut for Antonio Campos premiered at the Cannes Film Festival and went on to pick up several awards.

Millers' performance showed just what an exciting talent he was as he played an introverted teenager who felt that he never really fitted in.

He went on to follow this up with City Island, Beware of Gonzo and Every Day taking on various different roles and genres in the process.

But it was last year and his role as Kevin in We Need To Talk About Kevin that really made everyone sit up and take notice.

The movie was a big screen adaptation of Lionel Shriver's novel of the same name and also starred Tilda Swinton.

It was a performance from Miller that was difficult to forget as he was just chilling to the bone as the troubled teen that goes on a killing spree at his school.

We Need to Talk About Kevin we a domestic horror story that was back with emotion and terror and Miller showed that he was a powerhouse performer at such a young age.

This week he is back as openly gay teen Patrick in The Perks of Being A Wallflower - which sees him star alongside Emma Watson and Logan Lerman.

And it is Miller who really does steal every scene that he is in with this movie in what it an incredibly moving performance.

While Patrick is openly gay and comfortable with his sexuality his boyfriends is not and the movie tackles the stigma of homosexuality.

Patrick is a larger than life character who is carrying a lot of pain because the guy he is in love with cannot accept his own sexuality - he plays this heartbreak beautifully.

Madame Bovary is the next project that we are going to see Miller in as he teams up with Mia Wasikowska and Paul Giamatti while Sophie Barthes is in the director's chair.

The Perks of Being A Wallflower is out now 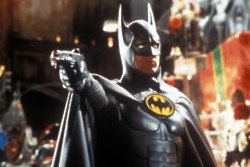 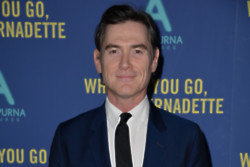 Billy Crudup in talks for The Flash role