If there is one British movie that is set to light up the big screen this autumn then it is Great Expectations as the Charles Dickens novel is adapted once more.

The movie is widely regarded as one of the best coming of age stories of all time and Mike Newell puts his stamp on the well known story.

And we have a new featurette for you to take a look at as the cast talk about what drew them to the movie and the characters that they play:

Jeremy Irvine made a splash earlier this year in War Horse and now he is set to see his star rise even further as he takes on the role of Pip.

Holliday Grainger is also one of the other younger faces on the cast list as she takes on the role of Estella.

And the relationship between Pip and Estella promises to be darker than we have ever seen on the big screen before.

The young talent is mixed with some very experienced stars as Helena Bonham Carter, Ralph Fiennes and Robbie Coltrane are also on the cast list.

Yet the shocking truth behind his great fortune will have devastating consequences for everything he holds dear.

Great Expectations promises to be a visual treat and a movie that is not to be missed. 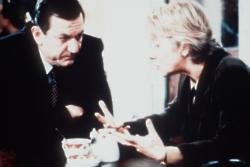