Naomi Watts is an Academy Award nominated actress, but it’s often little know that she is actually British born - and was raised in the UK until she was 14 years old.

It was her move across the pond that ignited her interest in acting, and it was there she began to study the discipline that would become her career.

Often thought of as Australian and associated with other successful Antipodean actresses such as best friend Nicole Kidman, she has honed a successful career in the US, UK and Australia.

Her most recent film, Clint Eastwood directed J.Edgar, adds another side to already bursting portfolio. Starring opposite a formidable and prosthetcially enhanced Leonardo DiCaprio, she stars as his longtime secretary and confidant Helen Gandy.

Watts’ portrayal of Gandy depicts the woman who turned down Hoover’s marriage proposal, but was able to remain close to him and protect all of his secrets, keeping them hidden even after his death.

Before J.Edgar, Watts had a varied career, starting out in Australian soap Home & Away in 1991, and then appearing in various films including The Ring and Mulholland Drive, before she won critical acclaim for her role in 21 Grams, garnering an Oscar and Screen Actors Guild nomination.

The movie saw her star alongside Sean Penn and Benicio Del Toro as a grieving woman who come face to face with the man who was given her husband's heart. 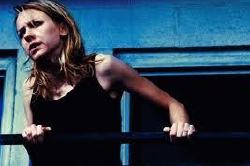 The movie is hard hitting and powerful and it remains one of the best performances of Watts' career to date.

A year later she starred in the 2004 independent film We Don’t Live Here Anymore, alongside Mark Ruffalo and Laura Dern. She teamed up with another leading man Sean Penn again for the film The Assassination of Richard Nixon.

In the 2006 remake of 1934 film The Painted Veil, Watts was able to star opposite Edward Norton and future boyfriend Liev Schreiber. 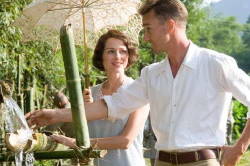 The Painted Veil is based on the 1925 novel by W.Somerset Maugham and has all the hallmarks of a picture from the school of Merchant Ivory: a literary adaptation set in the twentieth century, with lavish sets and characters who find themselves in tragic circumstances.

It’s a controlled performance by Watts who portrays Kitty’s vanity, distain, pain and ultimate heart break with such effortless ease.

In 2007 she starred in Funny Games, alongside Michael Pitt. She later starred in The International with Clive Owen and the Woody Allen film You Will Meet a Tall Dark Stranger and later in Fair Game and Dream House.

You Will Meet A Tall Dark Stranger saw Watts team up with director Woody Allen for the very first time as she was part of an ensemble cast that included Gemma Jones, Anthony Hopkins, Josh Brolin and Freida Pinto. 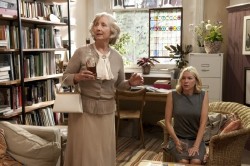 There is a well crafted narrative structure that runs through the movie and there is a great chemistry between the actors; especially Watts with Brolin and Jones.

Watts team up with Sean Penn once again for Fair Game, which told the true story of the true story of Valerie Palme; a CIA operative who was outed by the Bush administration after her husband questioned the reasons behind the Iraq war. 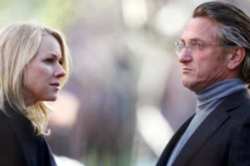 Directed by Doug Liman this was a political thriller of the highest order that saw Watts and Penn both turn in a great performance.

They bring an intelligent script to life as the movie delves into personal and well as professional lives - this is as much a relationship drama as a political thriller and Penn & Watts do make it feel very human.

And we are going to be seeing plenty more of the actress as she has completed work on The Impossible, Sunlight Jr and The Grandmothers.

And she also has Queen of the Desert, which is directed by Werner Herzog in the pipeline.

J.Edgar is out on DVD and Blu-ray now. 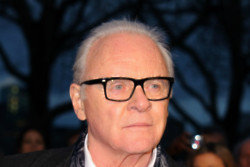 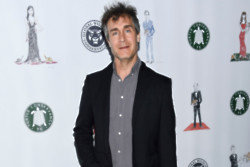