Sylvester Stallone in The Expendables 2

The Expendables 2 blasts onto the big screen later this week bringing together some of the greatest action stars to ever grace the big screen.

And so to celebrate the release of the movie we take a look at some of the best actors in this genre that have delighted us over the years.

Leading the cast of The Expendables 2 is an actor who has made his career in this genre of film.

Stallone has spent his entire career kicking some ass and that trend continues with the role of Barney Ross in The Expendables franchise.

The role of Rambo in First Blood, Rambo: First Blood Part I, Rambo III and Rambo remains his most famous.

But movies such as Nighthawks and Tango & Cash were also a success for the no nonsense actor.

But this genre hasn't always been kind to Sly with the 2000 remake of Get Carter not exactly being something to write some about.

Despite the occasional action set back Sly Stallone has starred in some of the best action movies of all time and sixty six he is still showing the young guys how it is done.

Harrison Ford has made a whole host of different movie throughout his career but it is in the action roles where he has really made his mark.

And no character is greater than that of Indiana Jones and Han Solo - two iconic characters in two timeless trilogies.

But the Star Wars and Indiana Jones movies have been Ford's only foray into action with the likes of Blade Runner, Air Force One and The Fugitive all bringing the actor great success.

But, for me, Indiana Jones is one of the greatest characters ever created when it comes to giving the bad guys what for.

Raiders of the Lost Ark and The Last Crusade are two of the standout movies in the series and Jones will forever be an icon of cinema.

When it comes to kung fu stars there a none bigger and more enduring that Bruce Li who really did pave the way for actors following in his footsteps.

Lee was a trendsetter and a trailblazer when it came to marital arts in movies with the like of Enter The Dragon and The Way of the Dragon.

In just a handful of years Lee has changed the way Asians were presented in American film - as well as influencing and inspiring a generation of actors.

And he achieved all this with just five feature length movies as he died at the age of thirty two in 1973.

One of the best and most popular action actors of today is Brit star Jason Statham, who kicked off his career in 1998 in Lock, Stock and Two Smoking Barrels.

Statham did come to the acting game a little later than most but he has soon made up for lost time as he has become one of the most famous acting stars with the likes of The Transporter and Crank already under his belt.

In the last couple of years alone he has been kicking some ass in The Mechanic, Blitz, Killer Elite and Safe - making a splash both sides of the Atlantic

But this week he is back reprising the role of Lee Christmas in The Expendables 2 where he will be kicking more bad guy ass.

The anti-hero became the staple of Kurt Russell's career in the eighties as he turned into a bit of a cult star.

It was to be a long standing collaboration with director John Carpenter that was to be so fruitful as they worked on the likes of Escape from New York, Escape from L.A., The Thing and Big Trouble in Little China together.

The role of Snake Plissken in the futuristic drama Escape From New York remains one of Russell's most iconic roles.

Of course no action actor list would be complete without looking at Jean Claude Van Damme - who will be one of the new faces in The Expendables 2 this week.

The Muscles from Brussels has been showing off his martial arts skills in a career that has already spanned nearly thirty years.

But it was the nineties that was to be his most successful decade with the likes of Universal Solider, hard Target and Timecop bringing him recognition.

His career has dipped off in the last few years but The Expendables 2 looks set to see him kick it back into action.

Check out Part 2 tomorrow when we take a look at some more action stars that have lit up the big screen.

The Expendables 2 is released 16th August 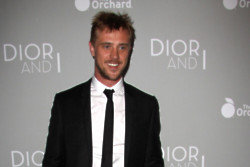 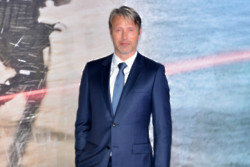 Mads Mikkelsen: Indiana Jones 5 script 'everything I wished' for