The Ups and Downs of Vin Diesel

Mark Sinclair Vincent, better known to you and me as Vin Diesel shot to fame in movie franchises such as Fast and the Furious and playing the character of Riddick.

However over the years Diesel's career has been up and down just when he seems to be on the right path he makes an interesting project choice that is critically mauled.

He began acting at the age of seven and stayed with the theatre throughout his teenage years before moving onto college where he studied creative writing, which led to him moving into screenwriting.

He made his movie debut in 1990 in Awakenings, despite it being an uncredited role. But it was his short Multi-Facial four years later, a project that he wrote, produced, directed and starred in, that really caught everyone's attention.

The film was selected for screening at the Cannes Film Festival in 1995. Strays was next which Diesel also wrote and directed.

The drama followed a drug dealer and hustler who is fed up with the repetitive life style he leads and begins looking for meaning in his life. The film was shown at Sundance in 1997 and MTV went on to turn it into a television series.

Strays brought Diesel to the attention of directors and studios and soon he was cast as Private Adrian Caparzo in Steven Spielberg's Oscar nominated Saving Private Ryan.

It was animation next when he voiced the iron giant in 1999's The Iron Giant before his break through role in 2000 with Pitch Black.

Directed by David Twohy Pitch Black was a science fiction and action movie that brought the character of Riddick to the big screen for the very first time.

The movie was quite a small release, despite grossing just over $53 million at the global box office, but has since gained a cult following.

The mainstream and stardom beckoned for Diesel as he kicked off the Fast and Furious franchise with Paul Walker in 2001.

Diesel took on the role of Dominic Toretto who, after a stint in jail for assault and being banned from racing, leads a criminal enterprise. While the film only gained mixed reviews it was a box office hit going on to gross over $207 million.

There was a change of pace for the actor next as he took on the role of mobster Giacomo "Jackie" DiNorscio in Find Me Guilty as it followed the longest Mafia trial in American history as DiNorscio defends himself in court.

Despite being backed by the critics the film bombed at the box office grossing just over $1 million. After appearing in a cameo role in Fast & Furious: Tokyo Drift Diesel and the rest of the original cast are back for Fast and Furious.

When a crime brings them back to L.A., fugitive ex-con Dom Toretto (Diesel) reignites his feud with agent Brian O'Conner (Walker).

But as they are forced to confront a shared enemy, Dom and Brian must give in to an uncertain new trust if they hope to outmaneuver him.

And from convoy heists to precision tunnel crawls across international lines, two men will find the best way to get revenge: push the limits of what's possible behind the wheel.

Up next for the actor, apart from taking care of his new baby daughter, Diesel is rumoured to be moving back behind the camera for Hannibal the Conqueror as well as appearing in the movie. 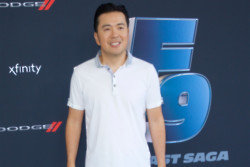 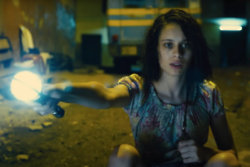