Amanda Seyfried is one of the most in demand young actresses in Hollywood at the moment - so it may come as no surprise that she has a whole host of projects in the pipeline.

2013 couldn't have got off to a better start for Seyfried as she starred as Cosette in the Oscar nominated movie Les Miserables.

The movie was a critical and box office smash as the actress once again show off her singing voice as well as her acting skills.

She is back this week with her new movie Epic, as she lends her voice to lead character Mary Katherine.

Epic is brought to us by Blue Sky Studios and sees Seyfried team up with director Chris Wedge as well as fellow actors Colin Farrell and Josh Hutcherson.

The movie follows a teenage girl (M.K.) who is transported deep into the forest where she must help the forces of good battle evil - the whole forest is at stake.

Epic carries on the fine tradition of great animation movies in 2013 as it really is a wonderful - not to mention visually stunning - film.

And we will only have to wait until next week before we see her back on the big screen as she is set to star in comedy The Big Wedding.

No wedding ever goes smoothly in a movie like this and The Big Wedding is no different as warring families come together for the big day.

If you are looking for a bit of comedy after a string of superhero/blockbuster movies then The Big Wedding could well be the movie for you.

And three movies in a year is not enough for Seyfried as we are also going to be seeing her in biopic Lovelace.

The actress will take on the role of Linda Lovelace in the film; which is directed by Rob Epstein and Jeffrey Friedman.

She is currently filming A Million Ways to Die in the West, which is due to be released in 2014.

The movie sees her team up with director Seth MacFarlane for the first time while Charlize Theron, Liam Neeson and Giovanni Ribisi are all also on board the comedy/western.

She has also been linked to the likes of The Girl Who Conned the Ivy League, Pete and Goat and Wonderful Tonight, so she is going to have plenty of projects to get her teeth into for the rest of the year.

Epic is out now. 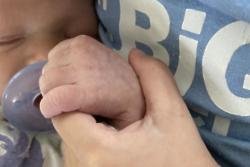