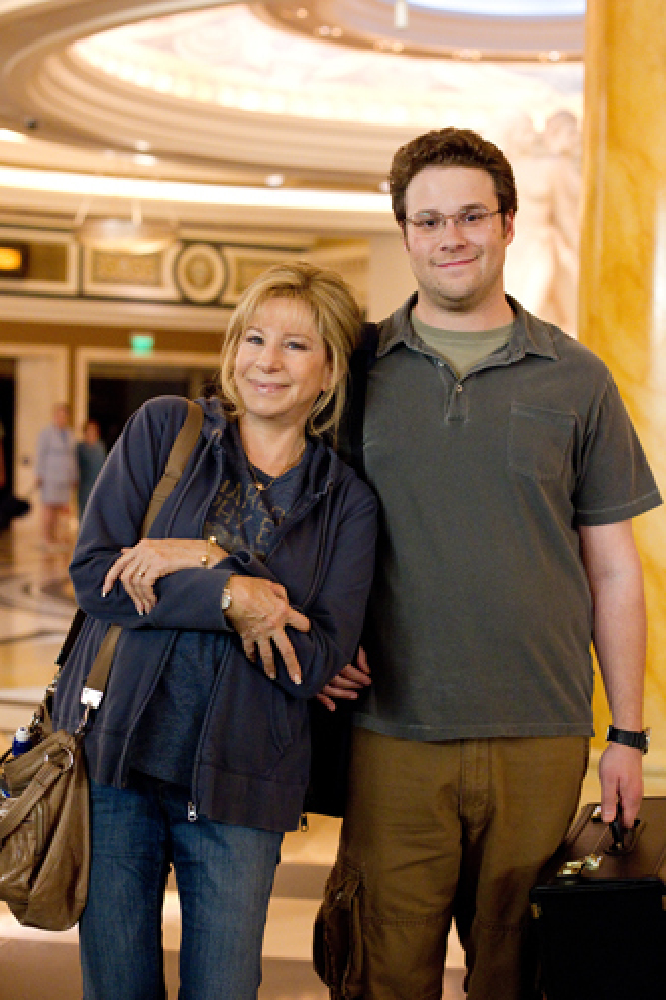 Barbra Streisand returned to the big screen earlier this year as she teamed up with Seth Rogen in The Guilt Trip; a film which sees them play mother and son.

The Guilt Trip is no out on DVD & Blu-Ray and Streisand has chatted about her role in the film.

- Barbra, in 'The Guilt Trip' you play an over concerned mother. How much of your character is really you?

Oh, a little bit. You always try to identify with the character and to look for similarities. I am definitely a mother that likes to look after her son. But isn’t that how all mothers are?

- If you had to decide between music and movies, which side would you chose?

That’s a very difficult question to answer for me. I like a private setting. And both, music and movies bring that to the table. I hope I never have to choose between either one of them.

- Seth Rogan plays your son in the movie. The chemistry on screen is wonderful. What did you learn from him?

Oh, Seth is a wonderful comedian. And what a nice young man. He would show me things like my own Twitter account. I didn’t know I had one. I wouldn’t know how to find on my own phone.

How do you feel about the label gay icon? And does your son see you as an icon?

My son doesn’t see me as an icon. He sees me as his mother who touches his hair too much. I like being an icon to everybody. I believe in equal rights.

- You’ve had an amazing career. What gives you satisfaction today?

As is said earlier I prefer things that are private. I love recording and I love making movies as a filmmaker. It uses every bit of what you experienced in life. Psychology, storytelling, decorating. It’s a wonderful thing.

- Why do you think 'The Guilt Trip' turned out to be so funny?

I was dealing with very talented people. I loved Anne’s movie 'The Proposal'. And I loved the musical 'Tangled' that Dan wrote. Seth is terrific in what he does. It just all came together at the right time.

- This movie has a great balance of comedy and drama. What was hardest for you?

Eating steak. For a person that doesn’t eat steak, that was hard. In regards to comedy vs. drama, it’s both the same. What matters most is honesty.

If what you say is truthful, the audience will pick up on it. I don’t think there is a distinction how you play drama or comedy as long as it’s based in truth.

- What is the secret to your success?

- How much did you consult with your own son Jason before you agreed to do this movie?

He was very important in my decision to make the movie. He was recovering from back surgery, and I brought the script over to read it out loud. His father was in the room too.

He became the audience. Jason was reading all the parts and he said I should do it. I really trust his integrity and his opinion. He has great taste. He clinched the deal.

You know, I had a conversation with a friend of mine when I was debating on whether I should do this film. He said that an actor has a craft, and the craft should be used.

I thought that was interesting. It’s more difficult to get movies made these days. It’s a different time. I don’t like it as much.

- What was it in the script that made you do this movie?

Mothers develop guilt trips. When I was working a lot I felt guilty as a mother that I couldn’t pick up my son from school, and that I couldn’t be there to bake cookies with him. So, I know that feeling. You try to compensate. Everything they do is great.

They sense that guilt. Children do. So, I thought it was interesting to investigate this a little bit. Trying to be my son’s friend vs. being his mother. I wanted to hit on all those things.

It’s a true story too. It felt like it was meant to be for me to come back and star in a movie. It was time to challenge myself again.

- Is it true you made it very difficult for them to hire you?

Yes. I wanted an out. I told them that I really don’t want to schlep to Paramount, so I asked them if they could build a set in a rented warehouse in the valley, not more than 45 minutes away from my house. And they said yes.

And then I told them they could not pick me up until 8.30 in the morning. You know I like to stay up at night, sometimes until 2 or 3 am. And they agreed to that as well. I had run out of excuses, so I had to do it.

Also, I asked Anne if she would make the movie without me. And she said No. That was another guilt trip they put on me.

- What do you want the audience to take away from this movie?

At the end they realize that there is more to life than just The Gap. It’s a different kind of love story to me.

- You look so beautiful in the film. What is your secret?

If you knew all my self-doubt. Maybe I am a little childish. I kind of like the child part of me, maybe it reflects in my face.

- You can sing, act, write and direct. What can’t you do well?

I can’t cook at all. I don’t even know how to make coffee. I did take cooking classes. I can make a chocolate soufflé, but I’d rather have somebody else make it and then eat it afterwards. I don’t like to clean up either. 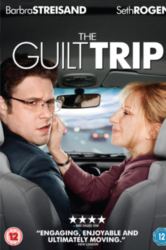 - Who is your go to guy when you need to hear the truth?

Does it just have to be one person? - My husband, my son, my manager. I trust several people. I surround myself with honest people.

The Guilt Trip is out on DVD & Blu-Ray now.