The Best of Domhnall Gleeson... So Far!!!

Domhnall Gleeson is one of the most exciting young actors around and, over the last couple of years, he has seen his star truly rocket. 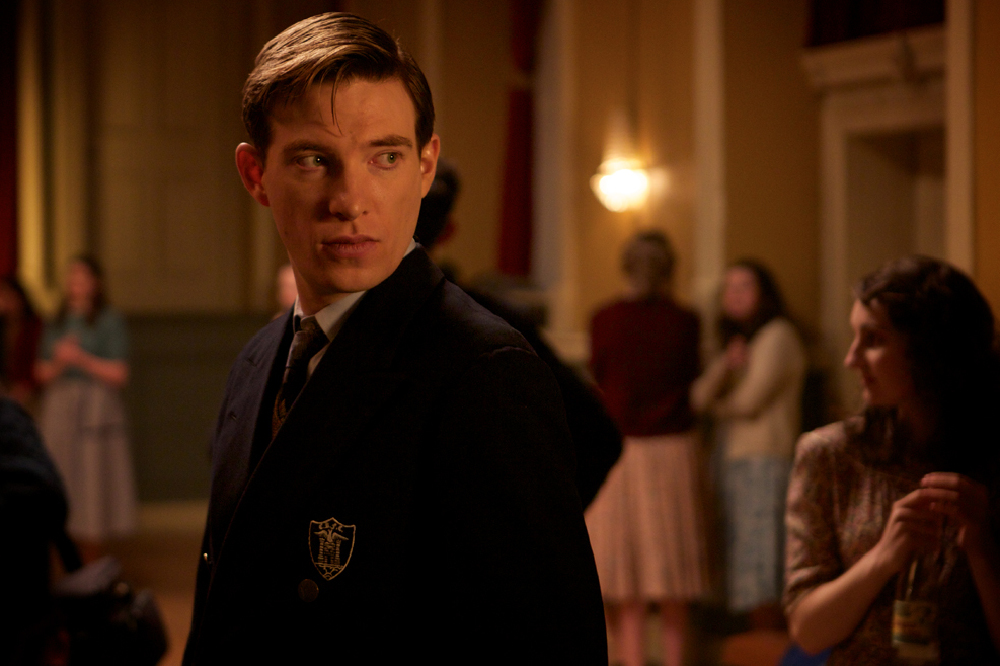 Gleeson is now one of the most in-demand actors and has a wide range of exciting and varied films on the horizon this year alone.

Brooklyn was one of the most recent films that we have seen him star in and the movie is about to be released on DVD & Blu-ray. To celebrate the home release, we take a look at some of the best moments from Gleeson's career so far.

The Revenant is the most recent film that we have seen Gleeson star in as he joined Leonardo DiCaprio, Tom Hardy, and Will Poulter on the cast list for the Alejandro González Iñárritu directed movie.

Gleeson takes on the role of the real-life Andrew Henry, a fur-trader, and frontiersman during the 1800's.

Following a brutal bear attack, frontiersman Hugh Glass (DiCaprio) witnesses the murder of his son and is left for dead at the hands of John Fitzgerald (Hardy), a member of his own expedition team. Glass literally crawls out of his own grave and embarks on a visually stunning and physically exhausting revenge mission to find his old team, led by Captain Henry, and get the man responsible for abandoning him and killing his boy.

DiCaprio may be grabbing most of the attention for his central performance, but The Revenant sees all of the cast deliver wonderful performances. Gleeson and Poulter are two of the young members of the cast and they really do shine.

The Revenant is a savage, brutal and beautiful movies that captures the harsh nature of the frontier during that time. All of the actors give terrific performances and help bring this adventurous film project to life.

Of all of Domhnall's films so far, Ex Machina has to be my favourite as the actor teamed up with first-time filmmaker Alex Garland for the first time. Alicia Vikander and Oscar Isaac complete the exciting and talented cast list.

Gleeson takes on the role of Caleb, a 24-year-old coder at the world's largest internet company, who wins a competition to spend a week at a private mountain retreat belonging to Nathan, the reclusive CEO of the company. But when Caleb arrives at the remote location he finds that he will have to participate in a strange and fascinating experiment in which he must interact with the world's first true artificial intelligence, housed in the body of a beautiful robot girl.

Ex Machina never underestimates the viewer, instead of watering down this complex story of man and machine, he explores some wonderful ideas and deep themes - leaving you to form your own conclusions when the credits roll. Having said that, the story strikes the perfect balance between asking questions and pushing the audiences to consider these ideas and with entertaining them as they watch.

Gleeson, Isaac, and Vikander are all wonderful from start to finish but the power struggle between Caleb and Nathan is one of the film's most interesting relationships.

For me, Ex Machina was not only the best science fiction film of last year, but it one of the best films of 2015.

For Unbroken, Gleeson worked with actress turned filmmaker Angelina Jolie for the first time as she returned to the director's chair for her second feature project.

Unbroken follows the life of Louis Zamperini (Jack O'Connell), a former Olympic athlete who joins the armed forces during World War Two. After a near-fatal plane crash, Louis and two of his crewmates (Domhnall Gleeson and Finn Wittrock) are forced to spend 47 days on a small raft in the middle of shark infested waters. Just when they thought things couldn't get worse, the survivors are picked up by a Japanese warship and taken to a P.O.W camp.

Gleeson lost a considerable amount of weight as he got ready for the role of Russell "Phil" Phillips. The movie saw him star alongside Jack O'Connell, Garrett Hedlund, Fin Wittrock, and Jai Courtney.

Unbroken is a movie about the strength of the human spirit and triumphing in the face of overwhelming odds. This is a story of resilience, courage, and the bond between men in the time of war.

The bond between O'Connell, Gleeson, and Wittrock's characters is what drives the first part of the film as the trio battle to survive adrift on the ocean.

Frank was one of the best indie films of 2014 as Lenny Abrahamson returned to the director's chair. The director brought together a terrific cast list as Gleeson starred alongside Michael Fassbender, Maggie Gyllenhaal, and Scoot McNairy.

Gleeson takes on the role of musician Jon, who joins an avant-garde pop band called The Soronprfbs. The front man of the group is Frank (Fassbender), an eccentric and mysterious man who always wears a large papier-mâché mask. Jon tries his best to broaden the band's audience and share Frank's gift with the world, resulting in a multitude of problems which threaten to tear the group apart.

Frank was one of the best films to hit the big screen in 2014 and was a movie that was an endearing as it was unusual and very very funny.

It was Fassbender who took on the title role of Frank and he is a character whose face we never see in the film. While it is Frank that drives the wacky and unpredictable elements of the film, it is Gleeson who really gives the movie its soul.

Frank premiered at the Sundance Film Festival at the beginning of 2014 and was a movie that played to critical acclaim on the festival circuit that year.

Brooklyn was one of the best and most acclaimed movies of 2015 as director John Crowley brought Colm Toibin's novel of the same name to the big screen.

Set in the 1950s, Brooklyn follows Eilis, a young Irish woman who sets off to New York to find a better life for herself. When tragedy strikes and she returns to Ireland, she is forced to choose between two different lives.

Saoirse Ronan takes on the central role of Eilis, while Emory Cohen and Gleeson play Tony and Jim, the two men that offer different things for Eilis on different sides of the Atlantic.

While Brooklyn is very much about the journey of Eilis, Cohen and Gleeson both give impeccable performances in this timeless tale of growing up, leaving home, and falling in love. This is very much a coming of age story and a tale of a young woman decided who she is, what she wants, and her place in the world.

Brooklyn has picked up three Oscar nominations, including one for Best Picture, and has featured heavily during the award's season.

Of course, you can't talk about Gleeson's career without giving a mention to the a little film he did last year called Star Wars: Episode VII - The Force Awakens; it is a movie that may have passed most of us by.

Gleeson was one of the new faces on the cast list of the much-loved franchise as he starred alongside Daisy Ridley, John Boyega, Oscar Isaac, Andy Serkis, and Adam Driver.

Gleeson takes on the role of General Hux, the commander of the First Order's Starkiller Base and a man with a ruthless side.

Star Wars: Episode VII - The Force Awakens as the most anticipated film of 2015 and was a critical and box office smash when it was released in December - living up to all the hype and kicking off a new era for the popular franchise.

Filming has already begun on Star Wars: Episode VIII and we are going to see Gleeson reprise his role as General Hux.

Other Domhnall Gleeson that you cannot afford to miss includes, True Grit, Sensation, and About Time.

Brooklyn arrives on Blu-Ray, DVD and EST from the 29th of February courtesy of Lionsgate Home Entertainment.