When the Oscar nominations were announced earlier this week it was great to see a whole host of British stars in the mix and being recognised for their incredible work. 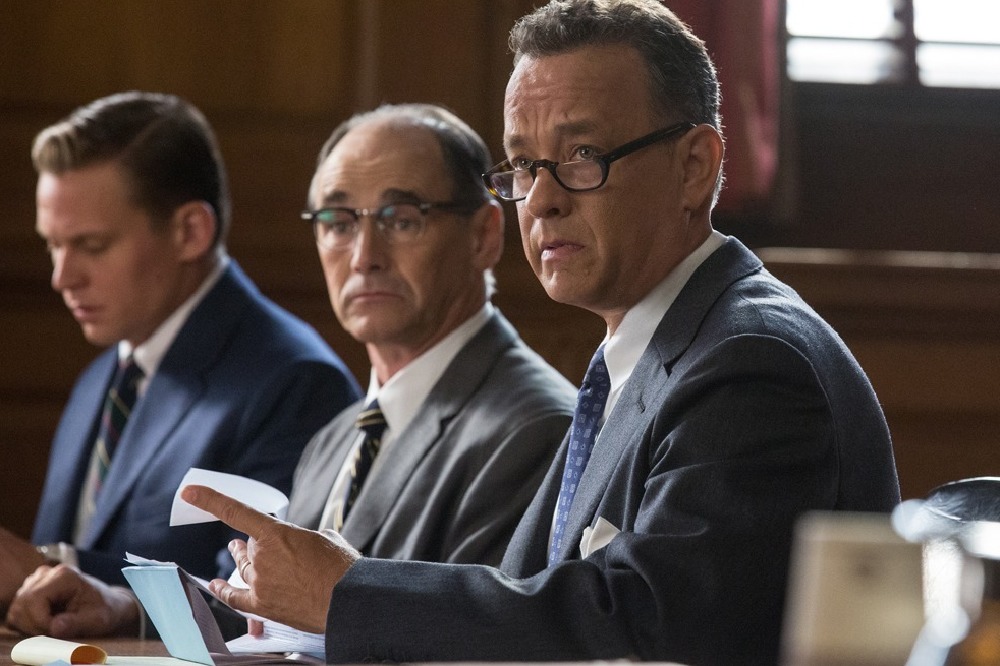 Mark Rylance in Bridge of Spies

We take a look at some of the British runners and riders for this year Academy Awards... could any of them possibly win? I guess we are going to have to wait and see.

Eddie Redmayne made it two Best Actor Oscar nominations on the trot on Thursday as he followed up his win for The Theory of Everything last year with another for his performance in The Danish Girl.

Ever since the film started showing on the festival circuit in the autumn of last year, Redmayne was one of the favourites to pick up major nominations on the awards circuit... that is exactly what has happened.

Even though he has not been as successful at winning compared to twelve months ago, Redmayne has picked up nods at the Golden Globes, Baftas, and Screen Actors Guild Awards for his portrayal of Lili Elbe, one of the first known recipients of sex reassignment surgery. However, he does face a tough battle to win as Leonardo DiCaprio is the heavy favourite for his performance in The Revenant.

I know that Michael Fassbender is Irish but we are huge fans of the actor here at FemaleFirst and it is great to see him in the Oscar mix once again.

While he has picked up a Best Supporting Actor nod in the past for 12 Years A Slave, this is the first Best Actor nod of his career as he is recognised for his performance as Steve Jobs in the biopic of the same name.

The Best Actor category is a tough one as Fassbender is nominated alongside Eddie Redmayne, Leonardo DiCaprio, Bryan Cranston, and Matt Damon for The Danish Girl, The Revenant, Trumbo, and The Martian. While Fassbender is unlikely to win on the night, you have to think that an Oscar is on the horizon for this terrific actor.

Charlotte Rampling is one of the finest actresses that this country has every produced and it is hard to believe that she has never been nominated for an Oscar... until now.

In autumn of last year, Rampling was expected to be in the awards race for her stunning performance in the Andrew Haigh directed film, but, so far, has been snubbed. It looked like her Oscar chances were all but over until her names was announced on Thursday afternoon, Personally, I am delighted to see her recognised for such a wonderful performance.

Saoirse Ronan is another of the Irish stars who is in the Oscar mix as she picked up her first Best Actress nomination for her central turn in the critically acclaimed Brooklyn.

This is the second Oscar nomination of Ronan's career, after receiving a Best Supporting Oscar nod for her performance in Atonement. Brooklyn picked up three Oscar nominations, including one for Best Picture.

The Best Actress category is a tough one as Ronan is nominated alongside Charlotte Rampling, Cate Blanchett, Brie Larson, and Jennifer Lawrence for 45 Years, Carol, Room, and Joy.

Kate Winslet triumphed at the Golden Globes last weekend for her portrayal of Joanna Hoffman in biopic Steve Jobs and she is back in the Oscar race as she was nominated for Best Supporting Actress.

This is the seventh Oscar nod of her career and the first since she walked away with the Best Actress gong for The Reader back in 2009. This is the third time that she has been nominated in the supporting category after picking up nods for Sense and Sensibility and Iris during her career.

Winslet is definitely one of the possible favourite to scoop the award, but may have to do battle with Rooney Mara - nominated for Carol - for the gong. Jennifer Jason Leigh, Rachel McAdams, and Alicia Vikander are also in the mix for The Hateful Eight, Spotlight, and The Danish Girl.

I don't know about you, but I have been calling for Tom Hardy to pick up a Best Supporting Actor gong all awards season - sadly, he has been overlooked by the Baftas, Golden Globes and Screen Actors Guild.. but common sense prevailed on Thursday afternoon.

For his performance in The Revenant, Hardy picked up the first Oscar nomination of his career as the film went on to scoop a whopping twelve nods, including Best Picture.

Mark Rylance is also a first-time nominee as he was recognised for his performance in Bridge of Spies. Rylance has enjoyed a career in film, TV, and on stage, but his performance in the Steven Spielberg film has really sent his star rocketing.

Christian Bale won his Oscar for Best Supporting Actor back in 2010 for The Fighter, and he is in the mix again for his performance in the comedy The Big Short.

Bale and Rylance have already picked up Best Supporting Actor nods at the likes of the Golden Globes and the Baftas and it is good to see a trio of British stars recognised in a single category... but can one of them win?

Ex Machina is a movie that I raved about all last year and it marked the feature film directorial debut of Alex Garland. Garland was better known for his screenwriting work - having penned 28 Days Later, Sunshine and Dredd - it seems fitting that it is the Best Original Screenplay category in which he has been recognised.

Ex Machina was the best sci-fi film to hit the big screen in 2015 and it would have been nice to see it pick up more than two nominations; it was also recognised for Best Visual Effects.

This is another loaded category as Bridge of Spies, Inside Out, Spotlight, and Straight Outta Compton are all in the race.

Nick Hornby was another screenwriter recognised in Best Adapted Screenplay for his work on Brooklyn and Sam Smith picked up a Best Original Song nod for Writing's On The Wall from Spectre.

The Oscar winners will be revealed on 28th February.