Coco Moodysson Discusses We Are The Best 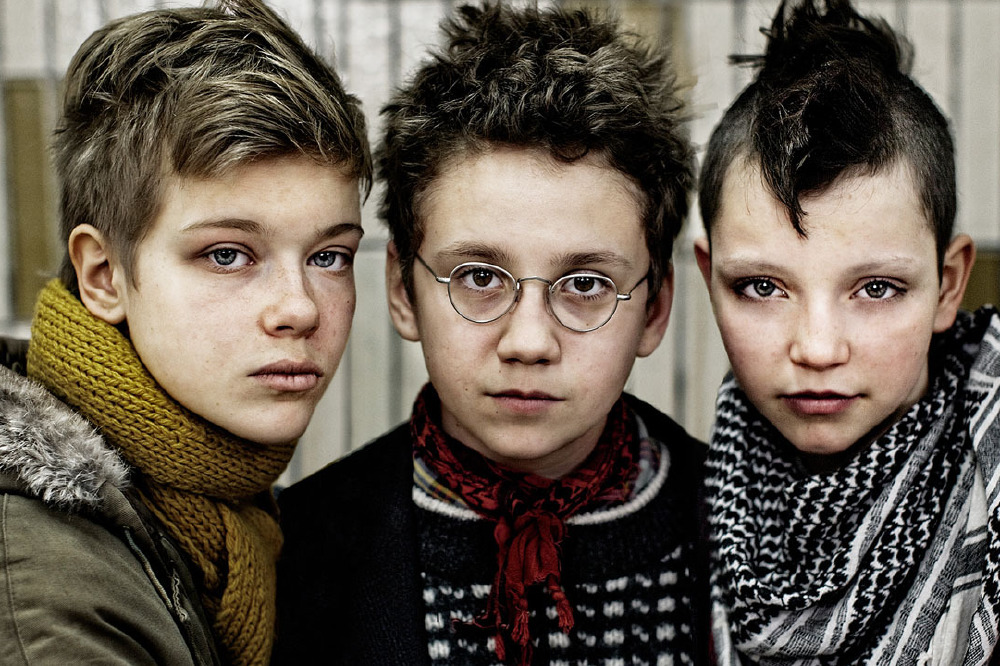 We Are The Best

We Are The Best is set to hit the big screen this week, as Lukas Moodysoon returns to the director's chair.

The movie is based on the graphic novel Never Goodnight by his wife Coco Moodysson. We caught up with her to chat about the film and the original graphic novel.

- We Are The Best is released in UK cinemas next week, so can you tell me a little bit about the film?

We Are The Best is about three girls, Bobo, Klara and Hedvig, and takes place in Stockholm in 1982. It follows their struggle to form a band.

- That does lead me into my next question. You wrote the comic book on which the film is based, so how did the big screen adaptation come about? Is it something your husband Lukas has wanted to do for some time?

He just asked me on day in the kitchen and I said 'yes' (laughs). It just felt natural and it didn't come as a big surprise. We don't work together but we are always interested in each other's projects: my studio is next door to his. We talk a lot about what we are working on.

I thought it was a good idea. I was happy for him, because he had just finished not only one book but two, about his dead father. I thought it was time to do something that fun, inspiring and liberating.

I had lots of fun when I drew it, and I knew that the characters would give him energy and happiness. I was happy for him to do.

- I know you have said that you were happy for the film to go ahead, but I was wondering if there were any slight reservations?

No, not really. Because I didn't have time to be involved - I was working on my own project - it was just like 'ok, you can take it. Do whatever you want to' (laughs).

I didn't feel like I had anything to protect, so it was... the book came out in 2008, so there have been some years between the movie and the book. I was a little bit fed up with punk, so I just said 'take it'.

- The movie follows three girls who form a punk band, so what inspired the original comic book story?

For me, it was... I remember I was writing a short piece for a comic magazine in Sweden: it was called I Remember My Mother's Lovers and How They Use To Touch Her.

It took place in 1982/83, but there was something about this time in my life that I wanted to work with. I liked the tone that I had found in this and wanted to continue.

There is something very interesting about the age of twelve, thirteen, and fourteen, when you are not a child anymore and you are curious. At the same time, you are not afraid because you have not gone through hard times that come after.

- Can you talk a little about writing the graphic novel? Do you write the story first and then the images for example?

I always start with the words. I always write something like a script, but I feel like I have to be free and so I don't decide everything in the script.

I have to be very open. When you start to draw, things start to happen and you characters start to do things that you don't expect them to do.

You have to start with the script, and sometimes you have to work with panels and some sketches: I try not to do so many sketches.

- How much did the story change from the initial idea that you had, to the final book?

That is very hard to answer because it was a long time ago. I think it always changes: the idea that you have at the beginning and the final result are always a different thing. It always happens.

I worked with it for so long, and I took a long time to draw: I was drawing every day Monday to Friday for two years.

- The three actresses cast in the central roles of Bobo, Klara and Hedvig are all making their big screen debuts. So what do you think of their interpretations of the characters? Did you have any role in the casting process?

Yes I did. I watched the tapes and Lukas did ask me for my opinion, which he always does. I was really happy for them as they contribute so much energy.

I think that the comic is a little bit darker than the film: I think that they make it lighter as they bring so much happiness and energy to the film. I was really happy for them.

- What did you think of the film when you saw if for the first time and the characters that you had created?

That was a happy moment, it was amazing. I loved the scenes where they play especially, because they were very important to me when I created the comic.

- The movie has played on the festival circuit, so have you had a taste of the festivals? And how are you finding the reaction to the movie so far?

No, I haven't been to the festivals; I let Lukas take care of all that. I am really happy that people like it. It is amazing.

Both Lukas and I thought it was a very Swedish story, as there are a lot of Swedish references and music and so on. It is very surprising when you go abroad... when we were in Japan we got many questions about Swedish punk music. It has been really great.

- Now that you have had a taste of seeing your work turning into film, have you any desire to try to write a film screenplay?

No no no, not at all. I am not very fond of the way the film industry works. It is a nice thing to be a cartoonist, as you can sit by yourself and it is just you and your pen and your paper.

It is much smaller and there is not as much money involved. You can do whatever you want - not always - but quite often. I like it more.

- How did you get into writing and comic book drawing in the first place?

I was twenty-nine when I started. Before that, I was studying to become a sign language interpreter (laughs).

I was really bad and I never understood what the teachers were telling me in sign language. So I dropped out and was really miserable. I was just thinking 'what am I going to do now?'

I started to draw because I was bored and frustrated. One day I went to the library and found some autobiographical comics, and I knew immediately that this what I was going to do. So, that is the story (laughs).

- Finally, what's next for you? And what are you working on at the moment?

We Are The Best is released 18th April. 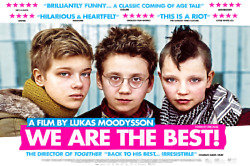 We Are The Best Trailer 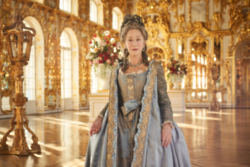 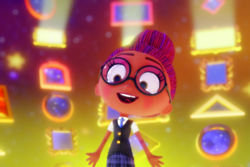