Gerard Butler in Olympus Has Fallen

Gerard Butler may have taken on more romantic comedy roles in recent years but he is at his best when he is in an action role.

And he returns to this genre this week with his new movie Olympus Has Fallen, which sees him team up with director Antoine Fuqua for the first time.

So to celebrate his return to kicking some ass we take a look at some of his action roles over the years.

One of Butler's early action roles came in 2003 when he teamed up with Angelina Jolie for Lara Croft Tomb Raider: The Cradle of Life.

This was the second Lara Croft movie and saw Butler take on the role of Terry Sheridan - a former mercenary and Royal Marine.

It was an all out action role for Butler as Lara and Terry are in a race against time to find the Cradle of Life before scientist turned bio-terrorist Jonathan Reiss.

The movie may not have been a huge critical or commercial success but it really showed off Butler's action credentials as he made his move into Hollywood. 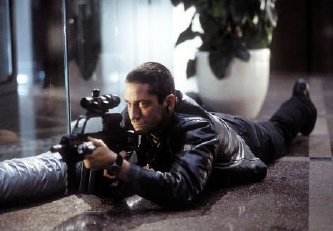 When it comes to action roles there is one that sticks out more than any other... and that is his role as King Leonidas in the fantastic 300.

The movie hit the big screen back in 2007 and saw Zack Snyder bring Frank Miller's graphic novel to the big screen in a stylised and visually stunning way.

300 is a fictionalised retelling of the Battle of Thermopylae and see three hundred Spartans, let by Leonidas face more than 300,000 of Xerxes' soldiers in a bit to protect their country from invasion.

The movie is violent and brutal and Butler is remembered from his commanding and dominating presence throughout.

300 was a critical and commercial success and has gained a cult following over the years - it remains my favourite Butler movie. 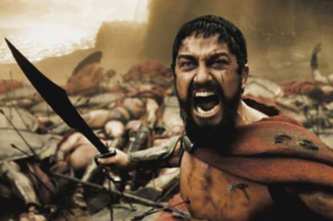 He returned to the action genre in 2009 when he lead the cast in Gamer - which was directed by Mark Neveldine and Brian Taylor.

Gamer was a futuristic movie where death row convicts are forced to participate in an online game.

Convict Kable, controlled by Simon, a skilled teenage gamer, must survive 30 sessions in order to be set free.

Once again it showed Butler could really thrive in this genre - even if the movie was not met well. 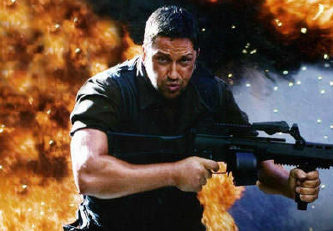 Since Game Butler has gone on to mix his roles as he has moved from the likes of Coriolanus, Machine Gun Preacher and Playing For Keeps but now he is back with Olympus Has Fallen.

The movie sees Antoine Fuqua return to the director's chair while Aaron Eckhart, Morgan Freeman and Angela Bassett are all also on the cast list.

Butler takes on the role of Mike Banning in the movie who is called into action when the White House comes under a terrorist attack.

As our national security team scrambles to respond, they are forced to rely on Banning's inside knowledge to help retake the White House, save the President, and avert an even bigger disaster. 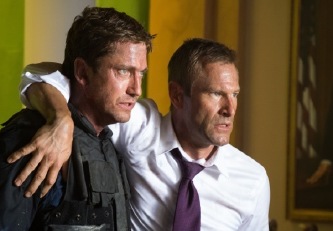 Gerard Butler in Olympus Has Fallen

And we could be seeing Butler take on more action roles in the near future as he has been linked to Thunder Run and Hunter Killer.

Olympus Has Fallen is out now. 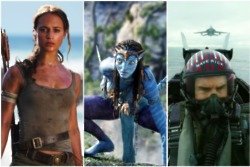