It was back in when we were introduced to G.I. Joe for the first time but this week sees the franchise return for a second movie.

This time around Jon M. Chu is in the director’s chair and there are a whole host of new faces on the cast list.

The G.I. Joes are not only fighting their mortal enemy Cobra; they are forced to contend with threats from within the government that jeopardize their very existence.

I will openly admit that when I heard that there was going to be a second G.I. Joe movie I was a tad surprised - let’s face the first film didn’t exactly cover itself with glory.

With a new director and a new cast the hope was new life would be breathed into the franchise - but that hasn’t quite worked.

The main problem with G.I. Joe: Retaliation is the script is incoherent and all over the place while we don’t really get to know much about the new characters and there is no development whatsoever.

The most promising relationship was between Roadblock and Duke (Johnson and Tatum) with some great banter early on and you just felt that there was some mileage in this action/comedy duo.  But thirty minutes in all that is blown out of the water and that really is an incredible shame.

Dwayne Johnson does the best with what he has got and while he a couple of great fight scenes ever his charisma is not enough to save this film.

Not quite sure what the point of Bruce Willis is in the film while Adrianne Palicki is really nothing more than a hot babe with a big gun.

As I have mentioned already the action element of the movie works well and the snappy opening really does catch your attention. But the pacing of the film stalls in the middle as it descends into a bit of a jumbled mess before the Joes are kicking some ass again at the end.

Sadly there is just nothing here that we haven’t see a thousand times before - is penning an original story really that difficult?

G.I. Joe has the potential to be a very successful film franchise but so far they just haven’t got it quite right - perhaps less of the action set pieces and more character and story development is needed.

G.I. Joe: Retaliation is loud and dumb and a little bit fun but it is perhaps not a movie that you would watch a second time.

G.I. Joe: Retaliation is out now 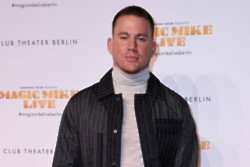 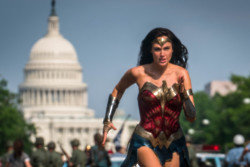