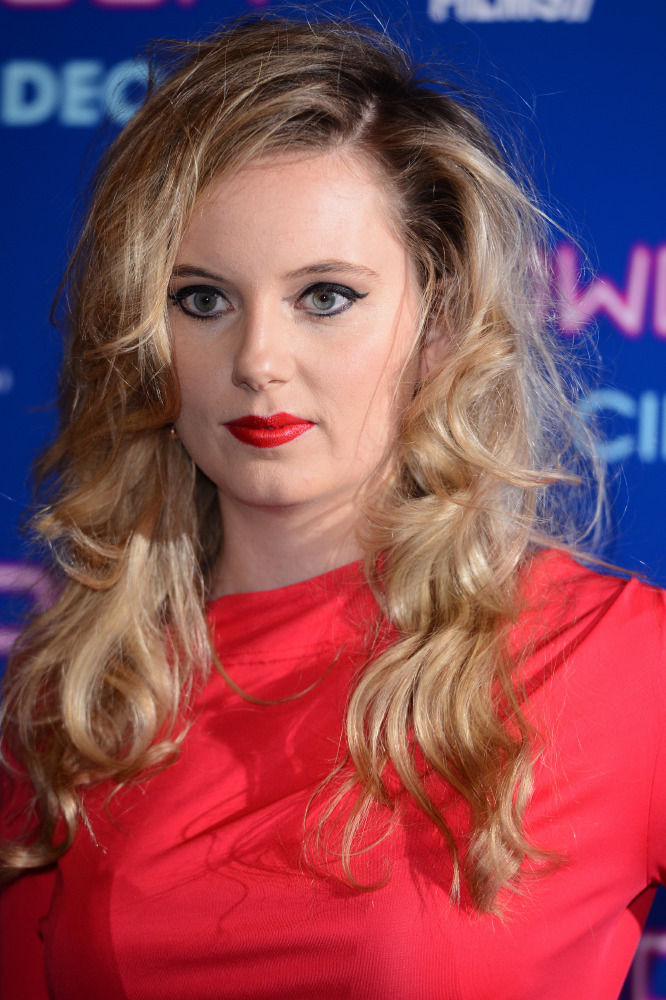 MJ Delaney makes her feature film directorial debut this week with Powder Room; a film that is set in toilets of a nightclub and follows a group of friends on a night out.

We caught up with Delaney to chat about the film, the challenges of shooting in a confined space and bringing together a fantastic cast.

- Powder Room is the new film so can you tell me a little bit about it? Where did this project start for you and what is it about Rachel Hirons script that really sparked your interest?

It is a comedy that is set in a nightclub toilet. I met producer Damien Jones last summer and he showed me the scrip to When Women Wee - which is the Rachel’s play that the film is based on - and I just thought it was really funny. The humour in the story was the main draw for me. However, it is also very truthful and honest.

- Powder Room marks your feature film directorial debut so how did you find the transition into feature film? Was it as challenging as you were expecting it to be?

It does. It was certainly daunting. I did Coming Up on Channel 4 last year and that was a twenty-five minutes to half hour broadcast. Before that, I had never done anything longer than five minutes; I had worked on music videos, fashion films and online films.

Therefore, when I did Coming Up I was like ‘oh my god how am I going to do twenty five minutes?’ Then I jumped from that to this - which is ninety minutes - and that was intimidating. It is a marathon and not a sprint, I guess. If you are doing one shoot day two shoot days, which is what I am use to, you can run on adrenaline and really go hell for leather.

On this, you do that for the first few days but then you burn out. So you have to try and find a way of carrying on. It was certainly a different experience but it really was a lot of fun. This film is the longest job that I have had (laughs) and it was really great to focus on something for that amount of time and dedicate myself to one thing.

When you are doing music videos and commercials, you have one foot in one thing and the other foot in something else; you can be in pre-production on one project and post-production on another. You head tends to be in lots of different spaces.

With this, it was nice to have complete focus on one project that you could become totally invested in it emotionally. It was really nice to be able to give it that time and attention.

- How did your previous work in TV and shorts prepare you to make that leap into feature film?

It definitely helped. I didn’t go to film school and so I am very aware of how much I am learning every time I shoot; you never do a shoot and not learn everything, particularly when you are twenty-seven (laughs).  Every shoot is different so you are always able to take something different from it that you have learnt.

- What is so interesting about this film is a lot of the story and the character development is told and done in a very confined space and we never really see the character outside of the nightclub. How difficult was it to develop these characters in such a small space?

In terms of the character development, Rachel Hiron really did take care of that in the arc of the narrative, the way that she structured the relationships and the way that they communicate with each other.

The bigger concern for me was when you take a play and you turn it into a film, the first thing you do is you take the setting and you split it over a number of locations. Because that wouldn’t have worked with this we had to film it in a more dynamic way to make is seem more than just a four-walled room.

- Did you shoot in a confined space - or was it more open than it appears on screen?

The design took a back seat to how dynamic we wanted it to be, in terms of getting the most out of it that we could. We wanted each of the cubicles - even though they are a tiny space - to feel like you had gone into a different room with each of those spaces.

Then it was about getting the most number of camera angles as possible out of it. All of the walls could come off, all of the cubicles could come out, and we had camera tracks behind the light fittings.

You could get under it, over it, through the sinks and through the mirrors: we tried to make it as diverse and as flexible as possible because we were in there for so long.

- How challenging an aspect was that for you as a first time filmmaker?

Production design is one of the aspects of making a film that I enjoy the most. My production designer Soraya Gilanni is unbelievably talented - we have been friends since we were eleven and have an incredibly close relationship; one of the most fun aspects was getting to design that space with her.

We thought about the limitations and ways in which we could make it more dynamic and then how we could incorporate all of that and make it seem like it came from a design perspective; I think she did that really well.

Just the way that the lighting shifts around with incidental lights - you have got different lighting set ups within the same room. Because they are incidental, it means they are not fantastical and so it seems very real. That was a lot of fun and I really enjoyed it.

- You have brought together a fantastic cast for the film including Sheridan Smith and Jamie Winstone so can you tell me a bit about the casting process?

For Sam, the main character, the thing that I was always worried about was - aside from the usual main character worries that they will disappear or they won’t be as well defined - she does some morally dubious things over the course of the evening and I was always questioning whether she would lose the audience.

Are they not going to stay on side with her? That is so crucial to the film. The second we knew we had Sheridan, all of those concerns just disappeared as she has this likeability and vulnerability about her. She really does create a connection with an audience like no one else, at the moment. We were incredibly lucky to get her.

I think Jamie was fairly nervous about being associated with a character like Chanel, and we spoke a lot about how… at the beginning of the film she seems like the least likely candidate to be the moral compass by the end of the film.

She is the heart and soul of the film and she is the one who has got it sorted and has got it right. Jaime and I really did talk at length about that.

Andy Brierley did a fantastic job. We just got very lucky in the people that we got on board. They are not only great at what they do, but they are also the nicest bunch of girl. We all got on like a house on fire and there was just this lovely girly atmosphere every day on set. It was like a proper girly love in.

The script pairs everyone off; Jamie and Sheridan were together; Kate (Nash) and Oona (Chaplin) were together; Riann (Steele) and Sarah (Hoare); Lashana (Lynch) and Bumi (Mojekwu) and Alice (Sanders) and Zara (White): so everyone is in their little pairs.

They really bonded in those units. That meant that when they were spending these long shoot days waiting around they were not getting bored or nervous because they had one another. That just created a really nice atmosphere on set because everyone was just having fun with their pal.

It made the dynamics with in the pair, which is so crucial, truthful because it was mirroring what wash happening off set. That was really a lucky bonus for us.

- You have slightly touched on my next question. I was wondering how you found working with the likes of Sheridan and Jamie and how collaborative a process it was between you all as you were developing these complex and interesting characters?

Unfortunately, because we were on a low budget and such a tight schedule, we didn’t have as much time as I would have liked for trying out improvisation; I was literally just cracking the whip to get through everything within the nineteen days.

Having said that, Sheridan, Jamie and Oona in particular would always come to set with lots of ideas and questions such as ‘can I change this?’ and ‘what if I do this?’ So many of the out and out laughs in the film came from them bringing those ideas to the set - all credit to them.

- How have you been finding the early response to the film so far?

We had a nice piece in the Guardian that made it a social/political issue: which is really nice for your film. It takes on a new identity and a new purpose outside of making people laugh in the cinema. It becomes a talking point about things that are important right now.

- Finally, what's next for you? Now that you have made the jump into feature film is this where you want to stay?

Yeah absolutely, I would love to do another film. I have a few things in the pipeline, but it all out of your hands in development and you have to wait around until someone says ‘yes’.

Powder Room is released 6th December. Watch out for out Powder Room review later this week. 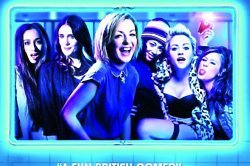 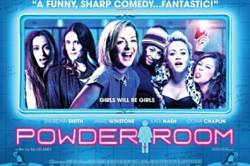