Derick Martini has admitted that while he wants to maintain the integrity of the book his big screen adaptation of Hick will not portray the subject matter in a gratuitous way.

Chloe Moretz, who starred in Kick Ass earlier this year is all set to star in the adaptation of Andrea Portes' novel as a thirteen year old run away.

But the novel does focus on themes such as rape and drug use but the director insists that these will be handed in an 'elegant' manner.

Speaking to Digital Spy he said: "You can't take it and turn it into an after-school special or into something that's so soft.

"If it's handled in a way that's very delicate and along the lines of a movie [like] Paper Moon... you can tell this story in a way where you make your point without being gratuitous or exploitative because I won't make that kind of movie."

"There's won't be skin in Hick and it won't be gratuitous. It'll be handled in an elegant manner, but these things do exist out here and this story was written down on the page for a reason.

"I think it's a wonderful story and it's got a tremendous amount of humour in it. The character that Chloe's playing is actually quite hilarious and the characters around her are absurdly funny.

"It's not all doom and gloom, certainly not the way I intend to make it."

Martini hasn't been seen in the director's chair since Lymelife back in 2008 but he has already completed The Proposal and is all set to start work on Hick, as well as having The Day Trader in the pipeline. 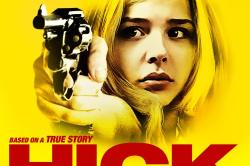 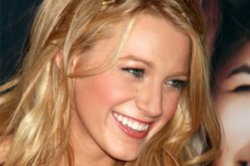 Blake Lively to star in The Hick