Helena Bonham Carter admits that she did have reservations about playing Miss Havisham in Great Expectations.

The actress was back on the red carpet over the weekend as the Mike Newell directed movie closed the BFI London Film Festival - where Bonham Carter was awarded the BFI Fellowship.

And while she admits that she had her doubts at first it was director Newell who changed her mind.

Speaking to the BBC the actress said: "My first reaction was 'Am I that old?'

"Then I found that Gillian Anderson was doing it [in a BBC TV version] and I thought 'not such an original idea!'"

And Bonham Carter will be jumping from one period movie to another as she will also take on the role of Madame Thenardier in Les Miserables in the new year. 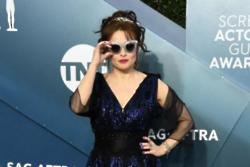 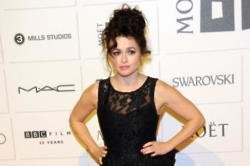