David Nicholls’ big screen adaptation of Charles Dickens’ classic will be directed by Mike Newell and will start shooting on 10th October for 10 weeks in the UK.

Starring a stellar British cast, the film will be produced by Stephen Woolley and Elizabeth Karlsen from Number 9 Films and David Faigenblum produces on behalf of Ulti-Media.

Moving through London’s class ridden world as a gentleman, Pip uses his new found position to pursue the beautiful Estella; a spoilt heiress he’s loved since childhood. Yet the shocking truth behind his great fortune will have devastating consequences for everything he holds dear.

This adaptation of Charles Dickens' classic and finest novel is produced by award winning partners Elizabeth Karlsen and Stephen Woolley (Made in Dagenham, How to Lose Friends and Alienate People, The Crying Game) and written by acclaimed screenwriter and novelist David Nicholls (One Day).

HanWay Films will handle worldwide sales and the film has already been sold in the UK to Lionsgate Films, in Germany to Senator and in Australia to Universal.

Mike Newell said: "Great Expectations has been a book that has haunted me since childhood and it is a privilege to bring to the screen one of the greatest stories in the world.

"David Nicholls' screenplay has brought Charles Dickens' work to life for a new audience young and old, reminding us that, in two hundred years, so little has fundamentally changed in our world. And, as always, human nature triumphs over adversity."

Elizabeth Karlsen and Stephen Woolley at Number 9 Films commented: "We are very excited about making Great Expectations, the jewel in the crown of Charles Dickens double centenary year. We will be working very closely with Lionsgate in the UK and with our partners Ulti-Media in America to make Great Expectations a truly theatrical event.

Chris Collins, Senior Production Executive at the BFI, added: "The BFI is delighted to help make this film possible. Dickens' classic story, brilliantly adapted by David Nicholls, along with Mike Newell's direction and the superb array of British acting talent suggest that this production will itself become a classic of British cinema." 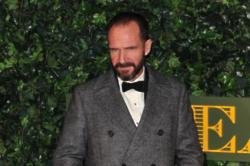 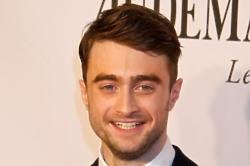 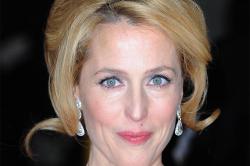 Gillian Anderson - Made In The USA, Best In The UK