Another Miles Ahead Poster

We are only a few days away from Miles Ahead hitting the big screen and a brand new poster has been unveiled. 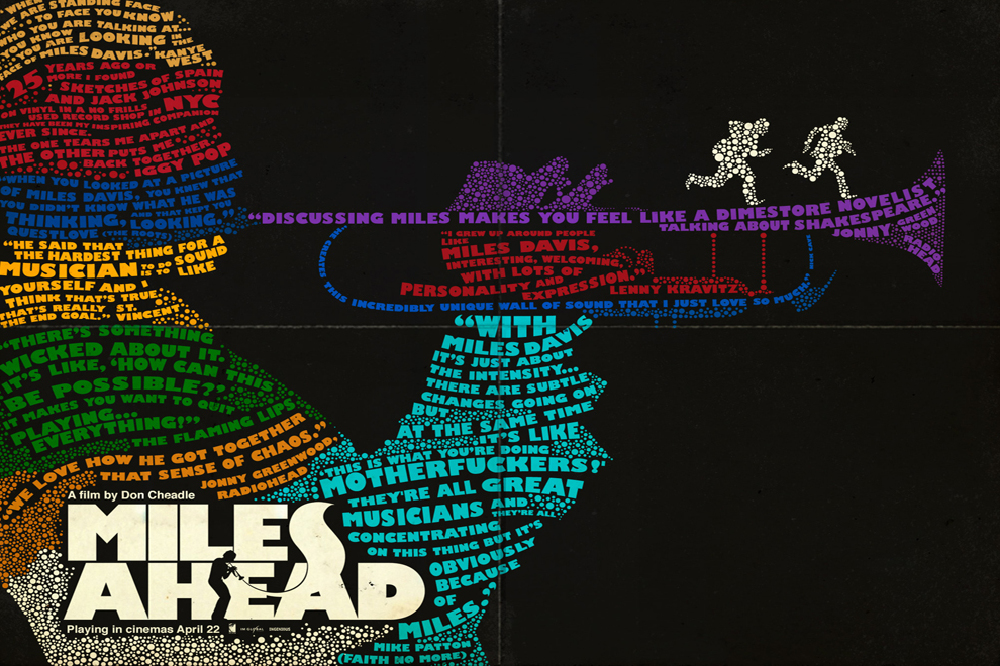 Miles Ahead is the feature film directorial debut for Don Cheadle as he makes the leap from television projects for the very first time.

As well as being in the director's chair and penning the film's screenplay, Cheadle is set to take on the central role of musician Miles Davis. It really is promising to be a terrific and must-see music biopic this spring.

This really has been a passion project for Cheadle and I am exciting to see his work both in front of and behind the camera.

Ewan McGregor is on board as journalist Dave Brill while Emayatzy Corinealdi, Michael Stuhlbarg, and Keith Stanfield are also on board.

Miles Ahead is the first of two movies that we are going to see Cheadle star in this month as he is set to reprise the role of War Machine in Captain America: Civil War. This will be the first time that we have seen the actor in the Captain America franchise.