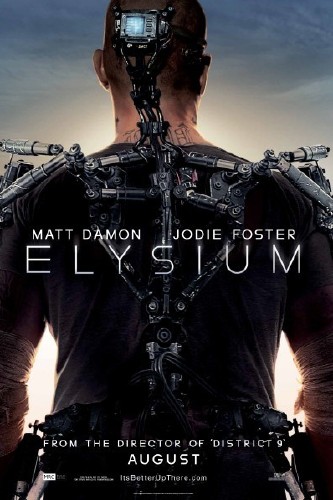 Elysium is one of the 2013 movies that we are most looking forward to as it sees Neill Blomkamp return to the big screen.

Blomkamp made his directorial debut with the Oscar nominated District 9 - which was one of the best movies of 2009 - and this is his first film since that success.

Blomkamp has also penned the screenplay for Elysium, which is another science fiction project.

Matt Damon leads the cast as man who is on a mission to bring equality to the world and save his life.

Elysium is set in 2159 and sees the rich and the poor widely divided: the very wealthy live on a man-made space station while the rest of the population resides on a ruined Earth.

Jodie Foster, William Fichtner, Alice Braga and Sharlto Copley are all set to star in what promises to be the sci-fi film of the year.

Sadly we do have a bit of a wait as the film will not be hitting big screens in the UK until September.