Keanu Reeves is set to show off his action skills next month as John Wick is set to hit the big screen. 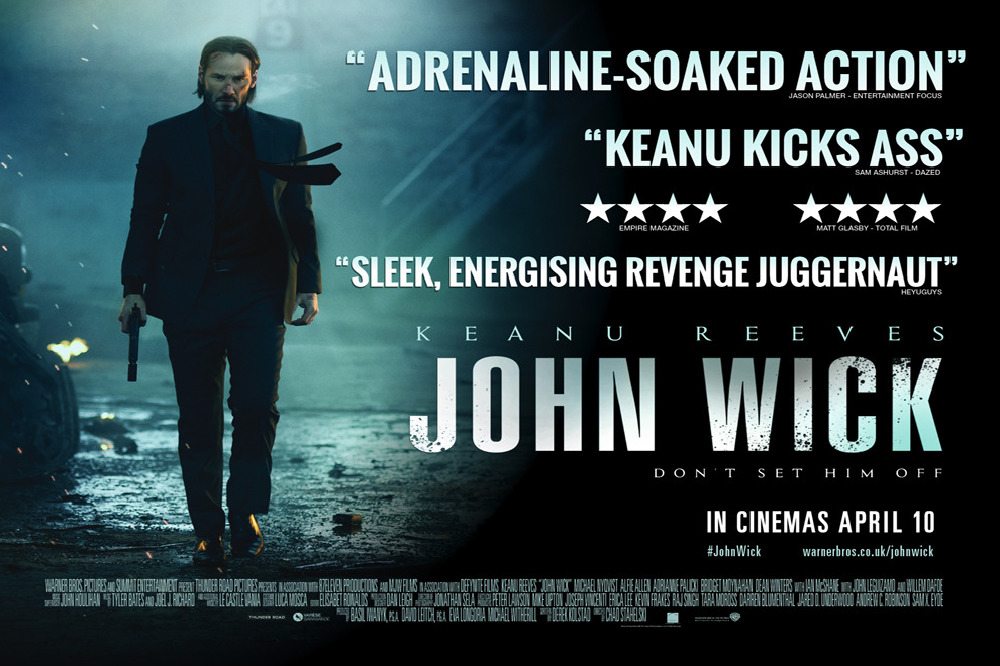 We haven't seen too much of Reeves of late but he is set to take on the title role as he teams up with director Chad Stahelski for the first time.

Reeves takes centre stage in a brand new poster and images that have been released by Warner Bros:

Stahelski is best known for his stunt work - having worked on Point Break and The Matrix with Reeves - and now he is making his directorial debut with John Wick.

A great cast has been assembled for John Wick, as Reeves will star alongside Michael Nyqvist, Alfie Allen, Willem Dafoe, and Adrianne Palicki.

When a retired hit man is forced back into action by a brutal Russian mobster, he hunts down his adversaries with the ruthlessness that made him a crime underworld legend in John Wick; a stylish tale of revenge and redemption.

After the sudden death of his beloved wife, John Wick (Reeves) receives one last gift from her, a beagle puppy named Daisy, and a note imploring him not to forget how to love. But John's mourning is interrupted when his 1969 Boss Mustang catches the eye of sadistic thug Iosef Tarasov (Allen) who breaks into his house and steals it, beating John unconscious and leaving Daisy dead.

Unwittingly, they have just reawakened one of the most brutal assassins the underworld has ever seen. John's search for his stolen vehicle takes him to a side of New York City that tourists never see, a hyper-real, super-secret criminal community, where John Wick was once the baddest guy of all.