Studio Soho Distribution is proud to present its unique feature-film!

Films are coming out in abundance this year (2021), and since the cinemas are open once again, people are flooding to see the latest releases. Coming this September, The Man Who Sold His Skin follows a man who will do anything to escape the war in his country... but he may come to regret it.

Studio Soho is a boutique film releasing company based in Portland Mews, Soho. The company offers theatrical, Home Entertainment and Television Sales for Independent Feature Films, produced in the UK and internationally.

Based on real events, The Man Who Sold His Skin, tells Sam Ali’s (Yahya Mahayna) story; a sensitive yet impulsive Syrian man who is forced to leave his country and make for Lebanon to escape the war ravaging his home.

In order for Sam to make it to Europe, where the love of his life awaits, he agrees to have his back tattooed by one of the world’s most contemporary yet controlling artists.

By turning his body into an impressive walking piece of art, Sam realises he is being held captive by the artist’s creative strings.

The choice Sam has made is affecting his life dramatically, and this decision may be what takes his freedom from him, the thing he fought for so desperately.

The trailer for the movie shows man with ferocity to fight his way home and battle to see his lover, but the artist wants more and more from Sam, pulling him further away from the very life he is fighting for.

The Man Who Sold His Skin has been nominated for an Oscar for Best International Feature Film (2021), and Screen has stated that ‘This film is never short on memorable moments.’

This feature takes a look at the value a human life can have, and the acts of objectification and exploitation used as promises to freedom.

Being based on real events allows the movie to deeply examine the art industry, as well as the struggles and hardship a refugee can go through.

Adversity and fear seem to be no match for Sam after making this unusual choice; the strange a new world he has walked into seems to be where the worst people meet. The artist’s work is even described as “the signature of the Devil.”

The Man Who Sold His Skin will be in cinemas from September 24th, 2021. 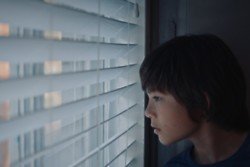 Take a look at the new trailer for Ezra Dewey's new horror film, The Djinn 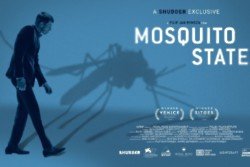 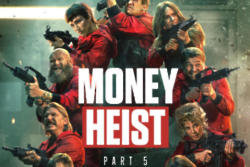