Rafe Spall Confirms He Is In The World's End

Rafe Spall has confirmed that he will be appearing in The World's End.

Pegg and Frost are joined on the cast list by Paddy Considine, Martin Freeman and Eddie Marsan are also set to star and Spall is on board.

Speaking to Total Film the actor said: "Yeah, only for the sake of being in it.

"I pop up just because there’s a few of us that have been in all of them, and those guys wanted to get my big stupid head in it somewhere.

"So, I did half a day with the brilliant Alice Lowe, of Sightseers fame. So it was great, great to be associated with those people."

We will be seeing Spall back on the big screen this week as joins forces with Rose Byrne for comedy I Give It A Year.

2012 was a great year for the actor as he found success in Prometheus and Life of Pi and he looks set to build on that with I Give It A Year, The World's End and The F Word in 2013. 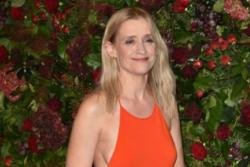