Michael Fassbender has a very busy 2016 ahead of him and Assassin's Creed is just one of the movies that we are going to be seeing him star in. Assassin's Creed is perhaps one of the most anticipated computer game movies and I am looking forward to seeing Fassbender take on the central role of Callum Lynch. This is a project that he has been linked to for a very long time.

Two great new images have been released by Brazilian-language entertainment website Omelete and sees Fassbender in action. Take a look:

Assassin's Creed sees Justin Kurzel in the director's chair as he reunites with Fassbender for their second feature film together. The pair first teamed up for Macbeth and I am excited to see what the duo delivers this time around. 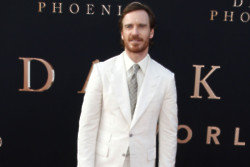