The 2016 Sundance Film festival is almost upon us and we are going to be treated to a whole host of fantastic independent films and documentaries.

Sundance always kicks off the film festival season in style and so often uncovers some real film gems; the likes of The Diary of a Teenage Girl, Me and Earl and the Dying Girl, and Tangerine all premiered at the 2015 festival and have gone on to enjoy major critical success and theatrical releases.

2016 is going to be another great year and we take a look at some of the Sundance movies that we are looking forward to the most.

Other People has the honour of opening the 2016 Sundance Film Festival and looks set to kick the event off in style. The movie is set to screen in the U.S. Dramatic Competition section of the festival where it is receiving its world premiere.

Other People will mark the feature film directorial debut for Chris Kelly as he makes the leap from short projects for the very first time.

Kelly is perhaps best known for the writing work that he has done for Saturday Night Live and he will be showing off his writing skills again having penned the screenplay.

The movie follows David, played by Jesse Plemons, a struggling comedy writer who, after breaking up with this boyfriend, returns home to help care for his dying mother. It has been a very busy year or so for Plemons and 2016 is going to be another great year for the actor.

A great cast has been assembled for Other People as Bradley Whitford, June Squibb, Maude Apatow, Molly Shannon, and Zach Woods all-star alongside Plemons.

Paul Dano is currently enjoying success on the small screen with War & Peace and is set to return to the big screen at Sundance with his latest film Swiss Army Man.

I am a huge Dano fan as he is one of the most exciting actors around and I always look forward to seeing him back in a major film role. Swiss Army Man sees the actor work with directors Dan Kwan and Daniel Scheinert, as they both make their feature film directorial debuts with the movie.

As well as being in the director's chair, Kwan and Scheinert have teamed up to pen the film's screenplay. The movie will receive its world premiere at the festival and will screen as part of the U.S. Dramatic Competition section of the festival.

Dano is set to take on the role of Hank, who discovers a mysterious dead body in the wilderness. Together, they embark on a journey to get home and the body convinces Hank that life is worth living.

Kwan and Scheinert have brought together a cast of young and exciting talent as Daniel Radcliffe and Mary Elizabeth Winstead star alongside Dano.

Swiss Army Man brings together elements of drama, comedy, and adventure and is already one of the most anticipated films of this year's Sundance Film Festival.

Sian Heder is one of the female directors to watch out for at the 2016 festival as she is set to make her feature film directorial debut with Tallulah. As well as being in the director's chair, Heder has also penned the film's screenplay.

Tallulah is another of the festival's string of world premieres and it is great to see Ellen Page back in another leading role. We have seen Page star in a range of great indie movies during her career, and Tallulah looks set to be the latest.

Page takes on the role of Tallulah, who is hired by a Beverly Hills housewife that is desperate to be rid of her toddler. Tallulah pretends that this child is hers in a bid to protect her... which leads to the lives of three women being changed forever.

Tallulah promises to explore some interesting themes and ideas and it is one of the best female-driven movies that we are going to see at the festival this year. Page is joined on the cast list by Allison Janney, Tammy Blanchard, Evan Jonigkeit, Uzo Aduba, and Zachary Quinto.

There are a string of female directors on the programme this year, but Heder's new film Tallulah is one that I really am looking forward to the most and could well make a splash with audiences and critics.

Stephanie Soechtig is another of the female directors that I am looking forward to seeing as she returns to the documentary film genre.

Under The Gun is the third documentary of Soechtig's career and comes after the success of Trapped and Fed Up in 2009 and 2014 - it really is great to see her back.

The movie explores the aftermath of the Sandy Hook shooting, where twenty children were killed at their school... however, this led to no changes in the U.S. gun laws. The gun laws in America have been a touchy subject for many years and was put back on the agenda by President Obama last week when he made an emotional speech on the subject.

Under The Gun is a timely film release as it gets its world premiere at the festival and could well divide audiences; many will be for gun law change while many believe in their constitutional right to have bear arms.

Under The Gun is set to be a movie that will cause many conversations and debate at the festival and promises to be another terrific documentary from the filmmaker; who has explored obesity in the U.S. in her previous documentary.

Michael Shannon is another favourite here at FemaleFirst and his new film, Frank & Lola is screening at the festival this month.

Frank & Lola is written and directed by Matthew M. Ross for what is only the second feature film of his career. He made his debut back in 1997 and has made a series of short films before returning to features.

Frank & Lola is another film that is getting its world premiere at the festival and sees Shannon star alongside Imogen Poots, Michael Nyqvist, Justin Long, Emmanuelle Devos, and Rosanna Arquette.

2016 is another busy year for Shannon with a number of film projects on the horizon that are a broad width of genres. He really is one of the most exciting actors around and I cannot wait to see him in action in this and all the other projects that he has coming up over the next year.

- Manchester by the Sea

Casey Affleck is another actor that we are going to be seeing plenty of in 2016 and he is back at Sundance with his latest film Manchester by the Sea.

Manchester by the Sea has been written and directed by Kenneth Lonergan as he returns to the director's chair for the first time since Margaret in 2011. This is the third feature film of his filmmaking career so far.

Manchester on the Sea marks the first time that Lonergan has teamed up with Affleck as the actor leads a great cast, which includes Michelle Williams, Gretchen Mol, Kyle Chandler, and Kara Hayward.

The movie follows Lee Chandler (Affleck) who has been named the legal guardian of his nephew after the sudden death of his older brother. Lee returns to the community where he was born and raised to take care of the teenage boy.

Affleck is one of the best character actors around and Manchester by the Sea is set to be a powerful drama about family, community, and tragedy. It looks set to be one of the movies that's not to be missed.

Bonni Cohen and Jon Shenk have teamed up in the director's chair for Audrie & Daisy, which will screen as part of the U.S. Documentary Competition section of this year's Sundance Film Festival.

Audrie & Daisy is the first feature film for Cohen since The Rape of Europa back in 2006, while Shenk is set to make his feature film directorial debut with the film.

Audrie & Daisy tells the story of two teenage girls from different towns who are sexually assaulted by boys that they know. The duo then face online bullying, which leads to each girl attempting suicide.

Audrie & Daisy is another very topical documentary as it explores the topic of online bullying, which has become such an issue over the last few years with the growth of social media and forums, as well as the crime of assault.

Sundance 2016 is packed with a whole host of powerful documentaries but Audrie & Daisy looks set to be one that does pack the biggest punch and ask some very tough questions about the society that we currently live in.

Other movies that we can't wait to see includes The Bad Kids, Holy Hell, Jim, Hunt for the Wilderpeople, Captain Fantastic, Equity and Christine. 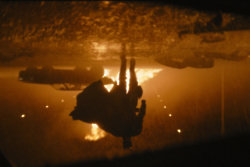 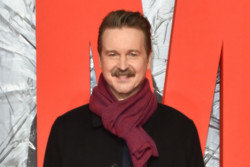 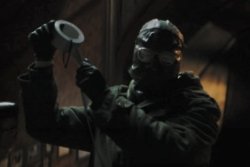