There has been a lot of excitement surrounding the potential candidates for the 2015 Best Actor Oscar; however, the same cannot be said about the race to snatch the Best Actress gong - so far, the category just isn't looking as strong. 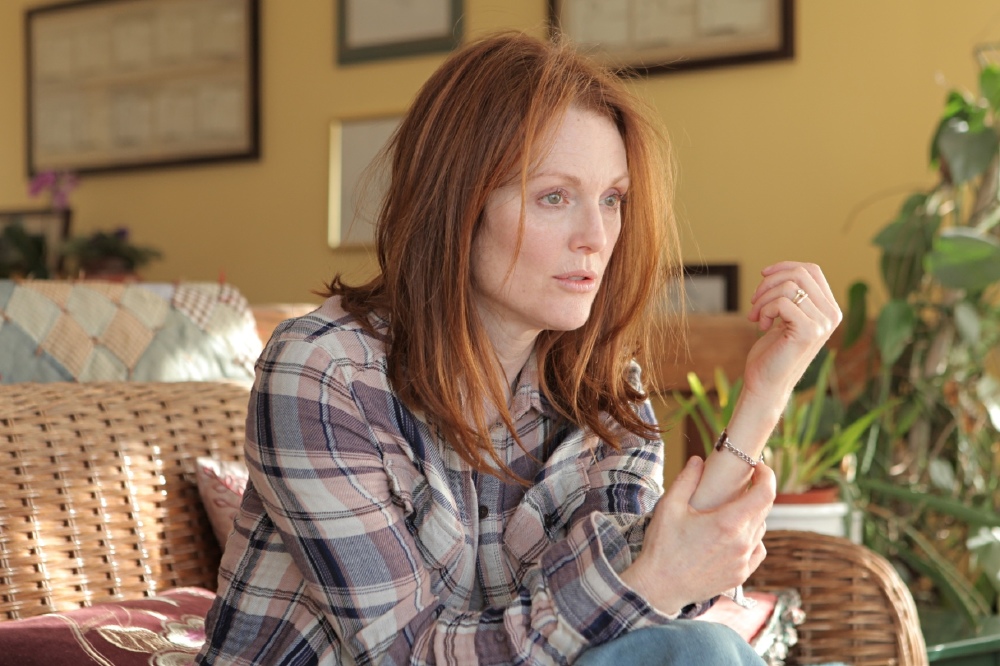 So far, Julianne Moore, Reese Witherspoon and Felicity Jones look almost a certainty to be in the running… at the moment, this is really looking like Moore's award.

Moore has already bagged four Oscar nominations during her career - two for Best Actress and two for Best Supporting Actress - but she is yet to walk away with the biggest prize in film… 2015 could be the year when she finally gets her hands on the Oscar.

Moore will be back on the big screen in Still Alice, which sees her team up with director Richard Glatzer and Wash Westmoreland and is an adaptation of the novel by Lisa Genova. Kristen Stewart, Kate Bosworth, and Alec Baldwin are also on board.

The previews of Still Alice have started being screened and Moore's central performance is always winning rave reviews. She already been praised for her work in Maps to the Stars, a performance that was tipped as an awards contender earlier this year: she picked up the Best Actress award at the Cannes Film Festival for her performance.

Moore takes on the role of Alice Howland, a mother of three and linguistics professor who starts to forget words. When she receives a devastating diagnosis, the bonds between Alice and her family are tested.

Moore is one of the greatest actresses of her generation and I am excited to see the kind of performance that she delivers in Still Alice - however, we won't be seeing the movie until March of next year.

Reese Witherspoon already has a Best Actress Oscar under her belt for her stunning performance as June Carter in Walk The Line… and now she could find herself in the running for a second. This would be her first Oscar nomination since that Best Actress triumph.

Wild will mark the return of Witherspoon in a major leading role, and it is a performance that has been winning a lot of critical support on the festival circuit in recent week - especially at the BFI London Film Festival last month.

Directed by Jean-Marc Vallee, Wild is based on the memoir by Cheryl Strayed, who set off on a 1,100 solo hike to help deal with some major personal events. Witherspoon takes on the central role of Strayed in what looks set to be a great performance from the actress.

We all know how much the Academy loves a biopic performance - we have seen so many of these types of performances win the Best Actress gong over the years - and this is the type of movie that will win over the Academy and its voters.

We are also going to be seeing Witherspoon star in Inherent Vice, which is directed by Paul Thomas Anderson - and that is another movie and performance that are also surrounded in Oscar whispers.

- Felicity Jones - Theory of Everything

Felicity Jones is an actress who has been on the rise for a few years, but 2014 has been her major breakthrough year with her performance in The Invisible Woman… that looks set to continue into next year with The Theory of Everything.

The Theory of Everything is a movie that has been whipping up a storm on the festival circuit, and it is the central performances from Eddie Redmayne and Felicity Jones that are causing a real stir, as they are fantastic. The movie takes looks at the relationship between Stephen Hawking and his wife Jane - who he met at university. Jones takes on the role of Jane in the new film, and has been winning over even more critics and audiences with her stunning performance.

Both Redmayne and Jones are familiar faces on the big screen, but The Theory of Everything looks set to send both of their stars rocketing in the new year - do not be surprised if both of these great actors in the running for the Best Actor and Best Actress awards.

Gone Girl has been one of the highlights of the autumn film calendar so far, as David Fincher brought Gillian Flynn's popular novel of the same name to the big screen.

Ever since the film appeared on the festival circuit back in September, Rosamund Pike's central performance as Amy Dunne has had jut about everyone raving. Pike has already enjoyed a lengthy and successful career, but this is one of the highlights and would be her first Oscar nomination.

Gone Girl is a dark and intelligent thriller that sees Pike really on top form as she gives a very chilling performance where she has really got under the skin of her character.

This is the first time that Pike has worked with director Fincher, and the filmmaker really has brought out terrific performances from both Pike and Affleck. Perhaps in other years, Affleck's performance would also be in the running for an Oscar, but the Best Actor category is potentially so strong that he will likely miss out.

Another name that has been thrown into the Best Actress Oscar mix in the last week or so is Jennifer Aniston for her performance in Cake.

Cake is a movie that has only just started previewing, but it is Aniston's performance that really does have everyone talking - this performance could have the potential to change the direction of her acting career.

Cake is the further feature film for filmmaker Daniel Barnz - his first since Won't Back Down - and sees Anna Kendrick, Britt Robertson, Lucy Punch, and Sam Worthington are also on board.

Aniston takes on the central role of Claire Simmons, who stars a relationship with a widower while struggling with fantastical hallucinations of his dead wife - this really is like no role that the actress has taken on before.

Should Aniston bag that Best Actress nod at the beginning of next year, it would mark her first Academy Award nomination.

Other possibilities include Emily Blunt (Into The Woods), Jessica Chastain (A Most Violent Year or The Disappearance of Eleanor Rigby), and Amy Adams (Big Eyes). 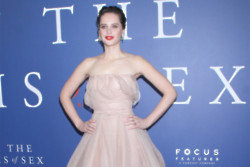