We hope we're proved wrong about all of these.

It's recently come to our attention that Netflix are planning a re-boot of Resident Evil as a TV series. While big fans of the game franchise, something is telling us that we're probably going to hate it. Film adaptations of video games are never any good, and the Resident Evil movies were no exception.

A post shared by Fandom Correspondents (@fandomcorrespondents) on Jan 29, 2019 at 9:24am PST

Here are five more 2019 reboots that we won't get our hopes up for:

Can we please just leave this in the late 70s where it belongs? We understand it was a different time then but the original series was so flippant with regards to violence against women it was painful to watch. The 00s films weren't much better either; each of the Angels perfectly preened in skimpy outfits while fighting crime? Their sexuality being the basis of their personalities? It's just perpetuating a male fantasy and it's all kinds of wrong. We don't know if we can be fully confident in a reboot, even with Elizabeth Banks in the director's chair.

Is it really necessary for Disney to reboot ALL of their animated classics? We love a bit of Tim Burton, but he disappointed with his Alice in Wonderland venture, and we fear that Dumbo will prove to be just as uncharacteristically unimaginative. It will take a lot more than a cute CGI elephant to fool us into thinking the live action remake will be any good.

No-one loved the animated series of this beloved comic more than they loved the original live action series and the films from the 90s. So we really think it's a misfire to reboot it yet again but as an animated picture, and from the creators of Sausage Party too. Still, the cast features the likes of Charlize Theron, Chloë Grace Moretz, Oscar Isaac and Finn Wolfhard so... Yay?

The original movie was one of those bad 80s movies you could pass off because it was the 80s. Cinema didn't want to be taken seriously back then. But when Pet Sematary Two came along in 1992, it was just horrifically bad. We're surprised that even Stephen King, who will literally let anyone adapt his novels to screen, has approved yet another attempt.

It's hard to say whether we liked Terminator or Terminator 2 best, but for most fans, we don't talk about the monstrosities that came after that. 2003's Rise of the Machines and 2009's Salvation were so bad that by the time Genisys came about in 2015, we had truly lost our faith in the franchise. Linda Hamilton and producer James Cameron's return is the only hope left. 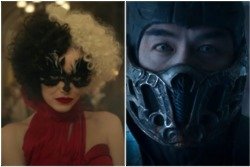 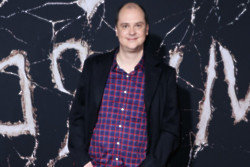 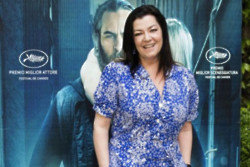