Deadpool has been one of the biggest and most critically acclaimed movies of 2016 so far as Ryan Reynolds returned to the title role for the first solo film for this popular character. 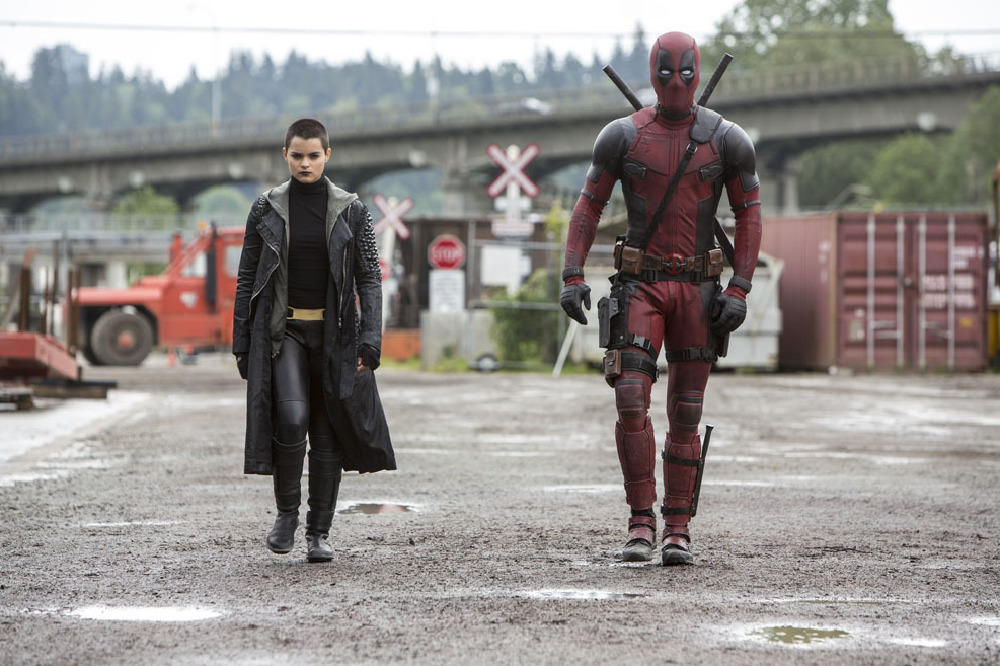 Deadpool was a movie that had been in the pipeline for quite some time and it is a film that did not disappoint when it finally hit the big screen.

Deadpool has just been released on DVD & Blu-ray and Ryan Reynolds talks about the film and taking on this role.

- Where does your interest in this character begin?

The comics were sent to me in bulk in 2004. I read them and loved them. I loved this character and couldn't believe I didn't know about it already. I became a little obsessed with the idea of him, too the idea that he's meta and breaks the fourth wall, and he's self-loathing and self-deprecating. I was pretty fascinated by it. But I think most people just didn't know what to do with it because it was kind of obscure and odd and a very weird thing to turn into a movie.

Finally, we were given a little seed money from Fox, who paid Rhett Reese and Paul Wernick to write a Deadpool script. We all locked ourselves in a room for four or five weeks and hammered out what the story would be.

And then it just stalled again, until they gave us a little more seed money to make a short presentation, which is what leaked online and that was what got this movie made. And the studio said, 'You're going to make your movie, but it'll be for the catering budget of most superhero movies.' We said, 'Fine, let's go. We'll figure it out.' Since then it's been about putting every last penny on the screen, and here we are. The studio let us be, and everyone's been really supportive.

- Isn't it true that in the Deadpool comics, the character had suggested you as the best person to play him in a movie version?

Yeah, and there was another comic where it said he looks like a cross between Ryan Reynolds and a Shar Pei. [laughs] There's been a weird, pleasing symmetry between the comic and the movie, and it predates my involvement with it.

- There's a lot of self-deprecation in the movie, and Green Lantern is a topic that comes up more than once. Was the movie therapy for you?

It was, and the studio has been surprisingly alright with all our X-Men and Wolverine references. I find you can always take the piss out of someone as long as the subtext is you're taking the piss out of yourself, too. The movie doesn't ever really pick on any one public figure without alternatively taking a stab at Ryan Reynolds.

- It takes a brave actor to put themselves through that.

There were certain characters we wanted and couldn't get. It all comes down to licensing, and Marvel owns certain ancillary characters. We did have Garrison Kane at one point, too, but Ajax was just sort of perfect.

He fed into the origin story we were telling and allowed us to create a fully fledged-out movie. But there are little Easter eggs with other characters that may or may not show up down the line.

- Was it challenging finding the structure of the movie?

Well, it's a very fractured narrative, which is always a tricky thing to try to do. You've got to go back and forth and let the audience know we're going back and forth. Luckily, we've got a character who becomes severely disfigured, so when I'm not disfigured we know it's the past. But it gives us a lot of freedom, and the comics have been a huge inspiration for the writers and me and everyone else involved.

- At what point in the process did Tim Miller come on board as director?

Tim came on shortly after the first draft of the script had been written. We'd met with about ten directors, and a couple of other guys were attached briefly. Tim just kept coming back with all this passion, but people would say, 'He's never directed a movie before. He kept saying, 'I can do this, I can do this.'

I think his great strength is recognizing he's never directed a movie before. I've worked with some first-time directors that act like they've been to this big show before and they haven't and it can be really frustrating.

Tim asks for help when he needs it, and that's the most you can ever ask of the guy on his maiden voyage. He's smart enough to rely on his crew and that's a very wise quality. I'd have been terrified if he was walking in there like he owned the joint.

- You've said Deadpool will be the last comic book character you play. Is that still how you feel?

Oh yeah, I've had my spin around that merry-go-round more than I probably should have, and I feel Deadpool is something I've wanted to do forever, so it does to a certain degree feel a bit like a homecoming to me. And he's not a superhero, he's an antihero and something completely different. It speaks directly to the comic book audience, and I'm for that, 100%. If it were a traditional superhero movie it wouldn't be for me.

They wouldn't hire me, let alone me putting my hand up for it. I've done it, I've played that kind of character, and it's time for someone else to do it. In a way, it feels timely the movie is coming out now. Deadpool feels like a bit of an antidote to all the superhero movies we're seeing these days.

Yeah, and that's why we're actually happy it took so long to get made. It's coming along at a perfect time. I don't know if audiences are fatigued by superhero fare, I think that's subjective. They're still coming out to see them in droves. But regardless, they're fluent in this language now, and it's a great time to be able to put out Deadpool because it's going to speak directly to that language.

- Are you hopeful you'll be able to spend a little more time with this character, though, in future? He'd be odd to see pop up in an X-Men movie...

Yeah! [laughs] He'd be calling Wolverine 'Hugh Jackman', so it'd definitely mess with the universe to a certain degree. But there are certain characters within the DEADPOOL universe that I feel could work for a future movie. I guess I could be so bold as to say that Cable is one of the core group of Deadpool guys that I'd love to see brought to the screen.

- Given all the talk about the way women are represented on screen at the moment, Vanessa in this movie is a delight, and Morena Baccarin has brought a real spark.

I think there must have been three hundred people or more who came in for that role, and with Morena, she just knew right away what to do. She's really great about ensuring she doesn't play the damsel in distress in a movie, and she carries that attitude with her the whole film. She's a delight for everyone, and the whole crew was sad to see her go when she finished up her scenes.

- What kind of comic chops did TJ Miller bring?

There must be a thousand lines that are in the movie that aren't in the script, because on the day we just explored, and TJ is just a genius. He's one of the funniest people I know and he steals this movie. He's so funny and so watchable and I just wish he were in it more. We had days where there'd be 15 alts to every joke, and it started to drive Tim crazy because he'd start yelling, 'I can't match any of this. I can't match it!' You can't just change everything, but we certainly made the crew laugh.

And I have to say, at the end of the day, Fox did not expect us to be the most functional set they had going, but we finished on time, on budget, and it was kind of a shock to them. We don't know if that was a good sign or a bad sign. We were like, 'What do you mean, we could have gone over? We could have spent a couple more million bucks?' [laughs]