The finale of Eurovision is in our sights, but until then why not check out some movies based on singing?

The Eurovision Song Contest has been going on for decades, with the first competition being held in May, 1956. Marcel Bezençon was the founder of this globally-celebrated event; it was originally based on Italy’s Sanremo Music Festival. Since then, the contest has grown into a worldwide celebration that many people enjoy each year.

To celebrate this, here are seven films to watch that carry the spirit of singing competitions, or just singing in general!

Will Ferrell and Rachel McAdams star side-by-side in a fictional story based on the world-class singing competition.

Best friends Lars (Ferrell) and Sigrit (McAdams) want nothing more that to win the Eurovision Song Contest (ESC), and will do anything to make that happen.

The pair are given the chance to represent their country, Iceland, in the competition and despite being run down by those around them, their determination does not faulter and they strive for excellence every step of the way.

What better way to celebrate the ESC than with a film literally based on that same competition? With Ferrell and McAdams together, the film really balances the comedy with the hardship of breaking barriers.

Sing is the perfect family movie, especially around Eurovision!

We follow a determined koala called Buster Moon (Matthew McConaughey), whose theatre business is going down the drain. His big idea to save it? A singing competition!

After offering the wrong amount of prize money, dozens of animals turn up to compete; but only a select few can make the cut. The lack of prize money is revealed, however some stick around even after learning that, just to help Buster out.

This group of animals band together and decide to put on the best show their city has ever seen. With a stellar cast including Scarlett Johansson, Taron Egerton, Reese Witherspoon, Nick Kroll and more, this story of resilience and light-hearted laughs is a wonderful movie night choice.

The Barden Bellas are at a loss; their all-female singing group isn’t quite hitting the mark and they need something to change. Their luck turns as Beca (Anna Kendrick) joins the girls.

The Bellas now have someone who injects a wonderful fresh feel and look to their group. The ladies must now prepare to go head-to-head in a singing competition and face their rivals; a male singing group who seem to have it all together.

With newfound confidence and a plan to win the contest, the Bellas want nothing more than to rise to the top – but can they do it?

This 2018 biopic bases itself on the lives and careers of one of the most iconic bands in history: Queen.

With Rami Malek playing Freddie Mercury perfectly, this film was a joy to watch for many Queen fans, and brought the band back to life, if just for a couple of hours.

The finale of this movie is one of the most exceptional scenes; Malek effortlessly portrays Freddie at Live Aid in 1985 and re-enacts one of the most wonderful performance of the group’s career. This feature was a true ode to the band and showed Freddie’s turmoil as he struggled with his illness and acceptance from his family.

To hear Queen’s songs and see such wonderful representations of them on the big screen was why fans adored this movie so much.

Perhaps one of Jack Black’s most hilarious and iconic movies, School of Rock follows a man who fakes his identity in order to teach a classroom full of kids to play instrument, so he can win Battle of the Bands.

While this sounds rather unethical (which it is), it’s still very funny as Dewey Finn (Black) secretly moves a whole set of instruments into the classroom and, he does actually make a positive impact on the kids. Even though he gave up teaching them maths and global studies and replaced that with band practice, they have much more perseverance and confidence than they did before.

The class begin to realise that they want to win Battle of the Bands just as much as Dewey, so they all stop at nothing to make it happen.

A Star is Born

With Lady Gaga and Bradley Cooper taking centre-stage for this one, A Star is Born is the fourth retelling of this story, but Ally (Gaga) and Jackson (Cooper) are wholly original chatracters.

We follow the pair as they fall in love, and while they face their demons they also prop one another up and persuade each other to follow their dreams.

This film was widely popular during the time of its release, and rightly so as the acting from Gaga and Cooper went so well together, and their union within the movie was a heartwarming tale of music and love.

An immensely popular movie starring Amanda Seyfried as Sophie, a girl who is confused as to who her father could be. After inviting all three potential fathers over to her wedding, she realises that it may not matter who her father is.

Pierce Brosnan, Colin Firth, and Stellan Skarsgård play these prospective dads, and it’s a rollercoaster from start to finish. With songs from ABBA blasting through the movie, it’s almost impossible not to sing along.

In the wake of a secret coming to light, Sophie still manages to make this story one of love and acceptance, not caring who her father is as all three men seem to love her as their own.

RELATED: What does it mean to drema about a contest?

To dream about a contest- an eating, sporting, singing or beauty contest for instance, suggests there is some competitiveness in your waking hours... 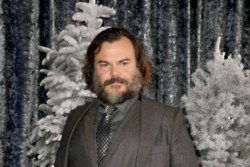 Jack Black and Ice Cube in talks for Oh Hell No 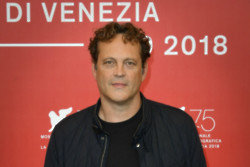 Wedding Crashers sequel in the works 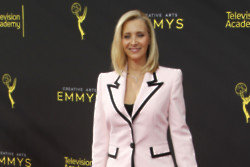