Whether you are a Star Wars fan or not there is no denying that it is one of the greatest film franchises of all time and the first three movies make up one of the best movie trilogies of all time.

A New Hope, The Empire Strikes Back and Return of the Jedi have a special place in the hearts of many film fans as the trilogy delivered iconic characters and moments.

While the most recent trilogy of films in the series benefited from an advance in technology they never quite recaptured the magic that made the originals so special.

And we will be returning to the Star Wars universe in 2015 as Star Wars VII is set to hit the big screen with J.J. Abrams in the director’s chair.

Abrams is a terrific choice as director for the latest instalment as he has already successfully breathed new life into the Star Trek franchise - bringing these wonderful characters to a brand new generation.

A new Star Wars film is exciting news. J.J. Abrams directing this new instalment is equally as exciting. But what has put a little bit of a downer on it all is the news that Mark Hamill, Carrie Fisher and Harrison Ford could all well be returning to the roles of Luke Skywalker, Princess Leia and Han Solo.

Director Joss Whedon revealed earlier this week that he would not bring back old characters if he was helming the project.

And while you may wonder why he is sticking his nose into a project that he is not directing he makes a very valid point.

Now I am all for a little bit of nostalgia and nodding back to the past but can you really push a franchise forward by going backwards?
There has been a suggestion by some that Hamill, Ford and Fisher are too old to reprise their roles but really it has got absolutely nothing to do with age.

The latest phase in the Star Wars saga needs to be new and fresh and exciting whilst keeping the heart and the spirit of the original.
Abrams and the team that he has around him cannot be afraid of forging ahead with new characters and a new storyline.

If you are just going to harp on about the past then what is the point in a new film? You might has well go and watch the originals.

The Indiana Jones franchise tried going back when Kingdom of the Crystal Skull was released and it really did not work - not to mention it did slightly tarnish the memory that we had of these terrific characters.

Han Solo, Princess Leia and Luke Skywalker are some of the biggest and most iconic film characters of all time and they must be treated with the up most respect.

It would be great to see them pop up in the new movie in a way that was not only respectful for what these actors did for this franchise but also in a way that feels natural.

And that is why Abrams is a good choice of director this project as he included a very nice cameo role for Leonard Nimoy that both respectful and tasteful.

Star Wars VII should be about breathing new life into this franchise and bringing it to a new generation.

There already a huge amount of excitement building around this film and it has the potential to be a box office smash.

But rehashing the past is not the way to go and surely there are new stories to write and characters to create as the Star Wars strives forward?

What would you like to see from the new movie? 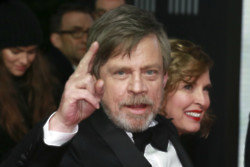 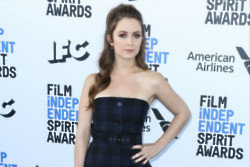 Billie Lourd: Having a lockdown pregnancy was 'wonderful' 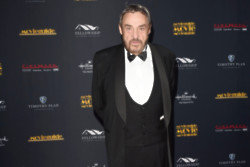