Steven Soderbergh is one of the most exciting and best director's working in Hollywood.

He is back in the director's chair this week for Side Effects - for what is believed to be the final big screen outing of his career.

Over the years there is a string of actors that Soderbergh has worked with on many occasions... we take a look at some of them.

Steven Soderbergh and Matt Damon have proved to be a formidable force in recent years working on a string of projects.

Damon is the actor that Soderbergh has worked with the most and this partnership kicked off in 2001 with Ocean's Eleven.

Damon took on the role of Linus Caldwell in the comedy crime caper - a film that was a huge critical and commercial hit.

While Damon was to reprise the role in Ocean's Twelve and Ocean's Thirteen the franchise never enjoyed the same success as it did with the first film; which is by far the best.

Away from the Ocean's franchise Soderbergh and Damon would become a great filmmaking team as they went on to work on The Informant!, Contagion and Che: Part 2

Damon will reunite with Soderbergh one last time for TV movieBehind the Candelabra - which follows the relationship between Liberace and Scott Thorson.

Damon will take on the role of Thorson while Michael Douglas will reunite with Soderbergh to play Liberace.

Channing Tatum has been the most recent multiple collaborator for Soderbergh as they have worked on three projects in quick succession.

They kicked off their partnership with action movie Haywire but it was with Magic Mike that they have enjoyed their biggest success.

Tatum lead a chat that included Matthew McConaughey and Alex Perryfer and was a movie that was inspired by the actor's days as a stripped.

The movie was a huge critical success before going on to be a box office hit. A sequel is believed to be in the pipeline and while Tatum does want Soderbergh to return to the director's chair this does seem unlikely.

A young woman's world unravels when a drug prescribed by her psychiatrist has unexpected side effects. 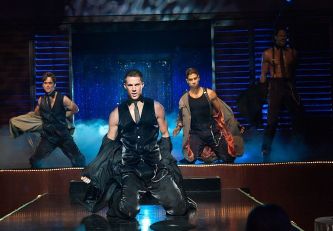 We have already had one Ocean's actor that Soderbergh likes working with and now we have a second, in the form of the lovely George Clooney.

But there partnership kicked off in 1998 when Clooney teamed up with Jennifer Lopez for Out of Sight.

The movie was met with critical acclaim and has gone on to be somewhat of a cult hit.

Since then Clooney took on the lead role of Danny Ocean in the Ocean's trilogy of films as well as starred in sci-fi thriller Solaris.

They reunited again in 2006 for The Good German, which was based on the novel by Joseph Kanon.

The Clooney/Soderbergh film relationship has been a very good one as they have worked on projects that have enjoyed critical as well as commercial success. 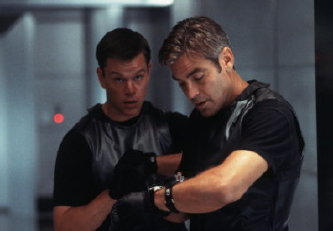 Jude Law is making a second appearance in a Soderbergh movie this week as he reunites with the filmmaker for Side Effects.

They worked together for the first time back in 2011 when Soderbergh helmed the rather chilling Contagion.

Contagion was a movie that looked at how easy it would be for a virus/infection to spread around the world killing huge chunks of the population.

Side Effects is their new project and Law will take on the role of psychiatrist Dr. Jonathan Banks.

Banks' professional life is turned upside down when one of his patient who turns violent whilst on a new experimental drug.

The movie has been doing well with the critics and hits big screens on Friday. 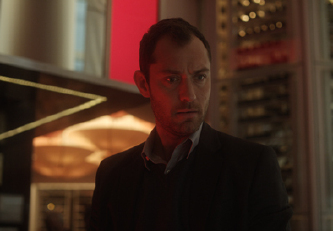 Jude Law in Side Effects

Julia Roberts is one of the actresses that Soderbergh has worked with on more than one occasion - kicking off their partnership in very successful style.

Erin Brockovich was the first movie that the pair worked on together - a movie that saw Roberts win the Best Actress Oscar for her performance in the title role.

The movie was based on the real life story of Erin Brockovich who took on a huge energy corporation and won.

The pair reunited just over twelve months later when he cast Roberts as Tess Ocean in Ocean's Eleven.

Roberts was part of an all star cast that includes George Clooney, Brad Pitt and Matt Damon. It was a role that she would return to for Ocean's Twelve. 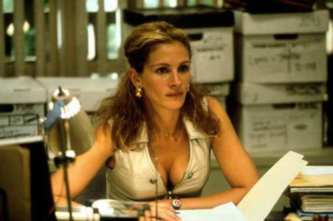 Much like Channing Tatum and Jude Law actress Catherine Zeta Jones reunites with Soderbergh this week for what is their third film together.

They worked together for the first time back in 2000 when the actress starred alongside Michael Douglas and Benicio Del Toro in the critically acclaimed Traffic.

The movie explored the illegal drug trade for a series of different angles and was a mammoth critical hit.

The film went on to be nominated for Best Picture while Soderbergh won Best Director for his work on the film.

Zeta-Jones joined the all star cast of Ocean's Twelve and reunites with Soderbergh again this week for Side Effects. 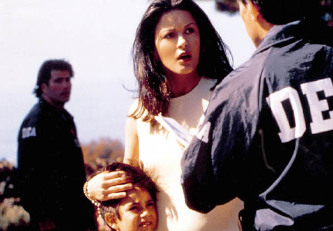 And there are a whole host of other actors that Soderbergh has worked with on multiple occasions including Michael Douglas, Benicio Del Toro and Don Cheadle.

Side Effects is released 8th March.