Park Chan-wook has been behind classics such as Oldboy and now he is making his English speaking directorial debut with Stoker.

And Stoker is all about debits as actor Wentworth Miller shows off his writing skills for the first time as he has penned the screenplay.

After India's (Wasikowska's) father dies in an auto accident, her Uncle Charlie (Goode), who she never knew existed, comes to live with her and her emotionally unstable mother (Kidman).

Soon after his arrival, she comes to suspect this mysterious, charming man has ulterior motives, but instead of feeling outrage or horror, this friendless girl becomes increasingly infatuated with him.

There are elements of Stoker that really did work well and yet there were parts of the film that really did leave me feeling a little under whelmed - to be honest I really don’t quite know what to make of this movie.

Chan-wook is a terrific director and it is great to see him move into English speaking film as I think that he really does have a lot to offer Hollywood as a filmmaker.

I really do like the director’s style and he has created some beautiful imagery and he does create a real tension throughout the film.

The atmosphere between the three lead characters is really what drives this film forward and creates all of the tension.

There is a clear rift between India and her mother from the very start; a rift that is only forced wider by the appearance o Charlie.

Goode has this charisma about that him that is equally charming and sinister and he really does pitch it perfectly - you never quite trust him.

But the performance that really does stand out is that of Mia Wasikowska as she leaves the audience guessing right until the last moment as to which path she is going to go down; he Charlie just manipulating her? Or does she really have an evil streak to her?

Stoker is not the thrilling mystery that possibly everyone was expecting it is more of a character driven drama that is about the darkness in people and what happens when that we embrace that darkness.

Chan-wook does have a very original directing style and so all of his attempts to capture this off the wall imagery does impact on the pace of the film. The pace is up and down and it really is a very slow ninety eight minutes.

The characters are intriguing enough to hold your attention from start to finish but the story perhaps doesn’t go as far as I as expecting.

There was just something about Stoker that left me feeling a little cold and I can’t quite put my finger on what that is.

Stoker is out now 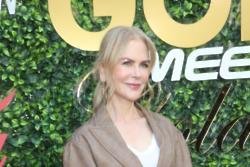 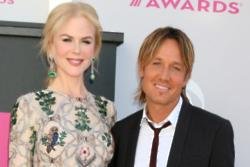