Meryl Streep and Tom Hanks lead new movie The Post, and here talk about their experience tackling the journalism industry as part of their roles.

There aren’t two actors on the planet quite as accomplished as Meryl Streep and Tom Hanks, so needless to say they completed something of a dream team when collaborating with esteemed filmmaker Steven Spielberg on political drama The Post. Streep plays Katharine Graham, the owner of The Washington Post who, fronted by their diligent editor Ben Bradlee, locked horns with the US government as they sought tirelessly to report the truth, in the face of adversity. Streep discusses how much of an inspiration Graham was to her, and the current role of women in Hollywood. Hanks goes on to talk about whether he envisages the industry changing for the better as we progress, and whether he has developed a newfound appreciation for journalism after tackling the role of Bradlee. 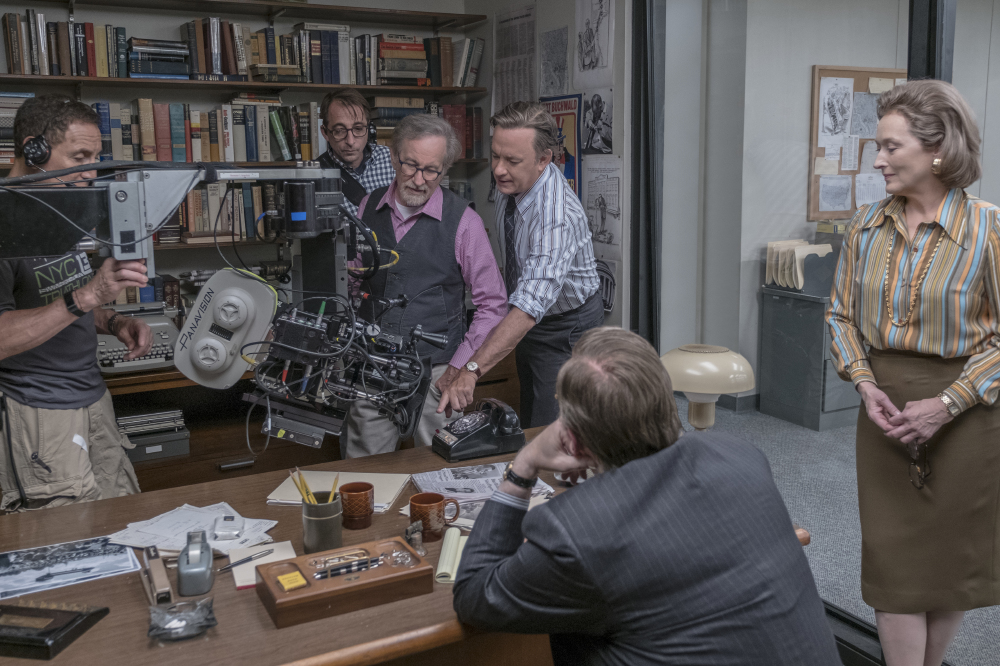 When you came to the story how much of the attraction was to the whole story, and how much to spotlight Katharine Graham? Who was this figure who perhaps hadn’t had the spotlight in the past when she should’ve done.

Meryl: Well, I thought what was interesting about the screenplay was that it fell to a woman to hold the line for press freedom, at a time when women were excluded from any kind of leadership role in the press. There were no women reporters, it was very unusual. Our friend Nora Ephron, to whom this film is dedicated, graduated from Wellesley and then ran the paper there. She then went to Newsweek to interview to be a reporter. At that time Katharine Grahame owned Newsweek, and the interviewer told her she was a brilliant woman, and very welcome to be a researcher, a copy girl or a secretary, but reporters were men. I look around now and see many women – and these women would not be here in 1971. It was a different world. So this crucial, crucial decision to hold the line and to risk everything, to have that fall to a woman who was really alone in her position, that’s what interested me. Both holding the line for press freedom and the fact that it was a transitional moment for women.

It’s not just a lead role for a woman in the centre – but pivotal roles for women behind the camera. The screenplay is co-written by Liz Hannah, and Amy Pascal is co-producer. How important is it in the film industry that we’re not just about telling about women, but telling stories by women too?

Meryl: Yes, I think it’s important that the stories be about women, that there be parity, equality. Half the world is female, half the world is male. We have different tastes, we have different interests, sometimes they dovetail, sometimes they don’t. it just seems like the predominance and the offerings from Hollywood have been usually, and around the world, been driven by men. That’s great, many of the films have been fantastic, but yes they should be made by women, but mostly they should be green lit by women. If women were equally represented in agencies, at the heads of studios, on the corporate boards that own studios, the world would be a different place.

Can you feel the industry changing, in more of an enduring way?

Tom: I think you can divide the industry into two distinct categories – and television kicks movies’ ass when it comes to diversity in the workplace. By way of skin colour, racial background as well as the number of women that work in it. Now television is probably better than it has ever been, because of the advent of the 10-part series, the ongoing, almost novels that play themselves out. Women are much better represented in that medium than they are in motion pictures. The economics of movies have been determined by the men who make the decisions, who think that, well, we need to have essentially boys and guys and dads decide who is going to go off and pay the 20 dollars for the ticket. I’ve worked with women a lot. Penny Marshall; I’ve made multiple movies with her. It’s never been a question of who is the boss on those films. Nora Ephron; my family worked with her three or four times and there was never any question of who was the boss there. I’ve worked with women executives, women screenwriters. But I’m of a certain generation that quite frankly didn’t give too much of a s*** about the gender of who was in charge. What is going to come about, I think, because of this great Rubicon that has been crossed, is in those boardrooms and in that decision making process, into people who sign the cheques, though it’s not just the financing but the storytelling and artistic aspect of it – you are going to see a different proportion between then and now. I think more women are going to be awarded their positions based on their merits and quality of their work, and for a while why not just literally make it specific. There’s no reason that for a while [we can’t] say, ‘we need more women on this board, we need more women running these departments, we need more women in our company and in the decision making process’, so it actually represents the numbers as they are true in our society.

In playing Ben Bradlee, did you get a new understanding of journalism, or was that already there?

Tom: The press, as an institution, as the estate that is required to exist in order for a free, democratic republic to be a free, democratic republic. Then you come down to the individuals that are inside that estate, and Ben Bradlee was a man who loved his job, it was a great job, you see the world, you can get an expenses account, you get to stay up late, that’s a good gig if you can get it – but it comes down to the practitioners and the participants in that estate. Ben Bradlee would say things like, ‘well, you got a story, but you don’t have THE story. Come back to me when you’ve got THE story.’ Meaning that, let’s aim for the confirmable, almost empirical truth. Because you cannot suffer by going out and printing the truth. That code of ethics, that ethos, that discipline, that desire in itself, does come to be an individual mandate that only the practitioner themselves can have. Rather than asking how to promote fear, or outrage, where is the xenophobia that can be commented on? What’s going to be the interesting story, or what is going to be the attractive story is a different question from ‘what is the true story?’, and I think he was always after the latter.

The Post feels like it has a huge affinity for journalism – do you feel that now the film industry and the press are under similar pressures?

Meryl: I certainly have been supportive of the committee to protect journalists. The organisations that do specifically protect journalists whose lives are in danger. This is really important. Supporting journalists, all of whom, in my opinion, are underpaid for the service they do to our nation, we all have to support them and to call out the attempts by powerful interests to control their work and to delegitimise the institutions that give them work, that support them. So yes, I feel that more than ever.

The Post is out now on digital, DVD and Blu-ray. 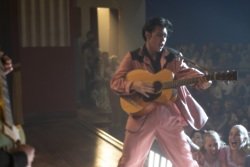