Bridge of Spies is a film that was met with critical acclaim last year and saw Steven Spielberg reunite with Tom Hanks. This is their fourth feature film together and the first since The Terminal. 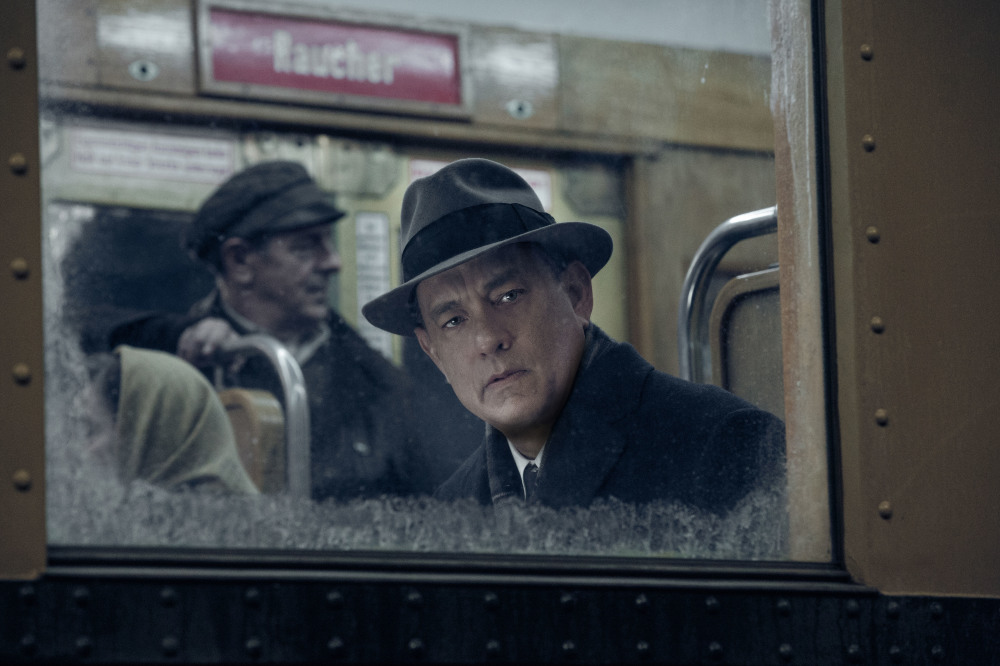 Tom Hanks in Bridge of Spies

Bridge of Spies sees Hanks take on the real-life role of James B. Donovan, a lawyer who gets pulled into the Cold War when he is recruited by the CIA.

- Bridge of Spies is perhaps the greatest cold war story never told. How much did you know about James B. Donovan going into the movie?

I had never heard of James Donovan and I didn't know anything about these negotiations. I just saw how powerfully authentic it was. The actual exchange itself was only six days out of everybody's life but my God what a six days it was. I actually thought impossible things had happened in the screenplay and said 'No way!' but found out he did actually do these things.

- The pressure that Donovan was under for representing a Russian spy was immense.

The background to the Cold War scare was misplaced paranoia. Any concept of defending a spy was going to be, 'Why are you helping these people kill us?' Donovan got a lot of hate mail and somebody did shoot at his house. Cops had to come in and protect them. He did take a lot of heat for defending a guy who had sworn to bring down the United States of America.

- How did you create the magical chemistry you share with Mark Rylance playing Abel?

Donovan and Abel developed quite an affection for each other. With The Boss' (Steven's) permission, I called up Mark up and said, 'Hey we're in this movie together, let's get together and run the lines if nothing else'. So he and I got together in New York. He's an artist without compare.

- Donovan feels like the quintessential Tom Hanks hero. Does it feel different playing a real-life figure to a fictional character?

There are two versions of it. One is in which the people are still alive. That's tricky. In the case of James Donovan, he's passed away so we are not going to screw up his life by talking about it too much. There was enough footage of him that I could determine a number of things.

One, I look absolutely nothing like him. It's hilarious. That's no big deal. But there's the other aspect of how he addressed his mission as an insurance lawyer and how that impacted the movie. My first job was to maintain that degree of integrity.

- Were you into spy movies and spying a kid?

At the height of the James Bond thing, I had Agent 0M Spy briefcase made by Mattel. It was a plastic briefcase and on the inside of it had this gun with a silencer you could assemble but it also had this cheap camera that actually worked.

You put film in it, close the briefcase with this little button sticking up. You could put the briefcase on the table, you could lean on it and it would take a picture. It was the coolest thing in the world.

- How would you describe the film's view of spying?

When I read (the script), what I was impressed with was that it didn't take spycraft and elevate it into something more important than 'Burn this telephone number after you've memorised it.' That's all he had to do. But the rest of it was a very cinematic version of very dramatic moments of waiting to get through a long line of passport control or waiting for a car to show up at the other end of the bridge.

That's just great stuff and it seemed to me to be an awful lot about what spying really is: you're just sitting around waiting for something to happen or for information to come.

- The climax of the film is a classic set piece of Spielbergian suspense based around a phone call. How is that to play as an actor?

- Saving Private Ryan, Band Of Brothers, Catch Me If You Can and now Bridge Of Spies have all found fresh relevant takes on history. How do Steven and yourself immerse yourself in such stories?

We read about it for pleasure. I get into bed and I'm reading some 1400 page tome and Rita (Wilson, Hanks' wife) says 'What's that about?' and I'll say, 'It's about some arcane thing in the 14th century' and Rita says, "Will you ever just read a novel?" And I say, "I've tried, baby, I've tried. But that stuff is just made up!"

Bridge Of Spies is available on Digital HD on 20th March and on Blu-ray and DVD from 28th March, courtesy of Twentieth Century Fox Home Entertainment.