Which actors pull you into the cinema? Whose films do you never miss? We all love actors and they are the driving force behind a film and help it make the money at the box office. 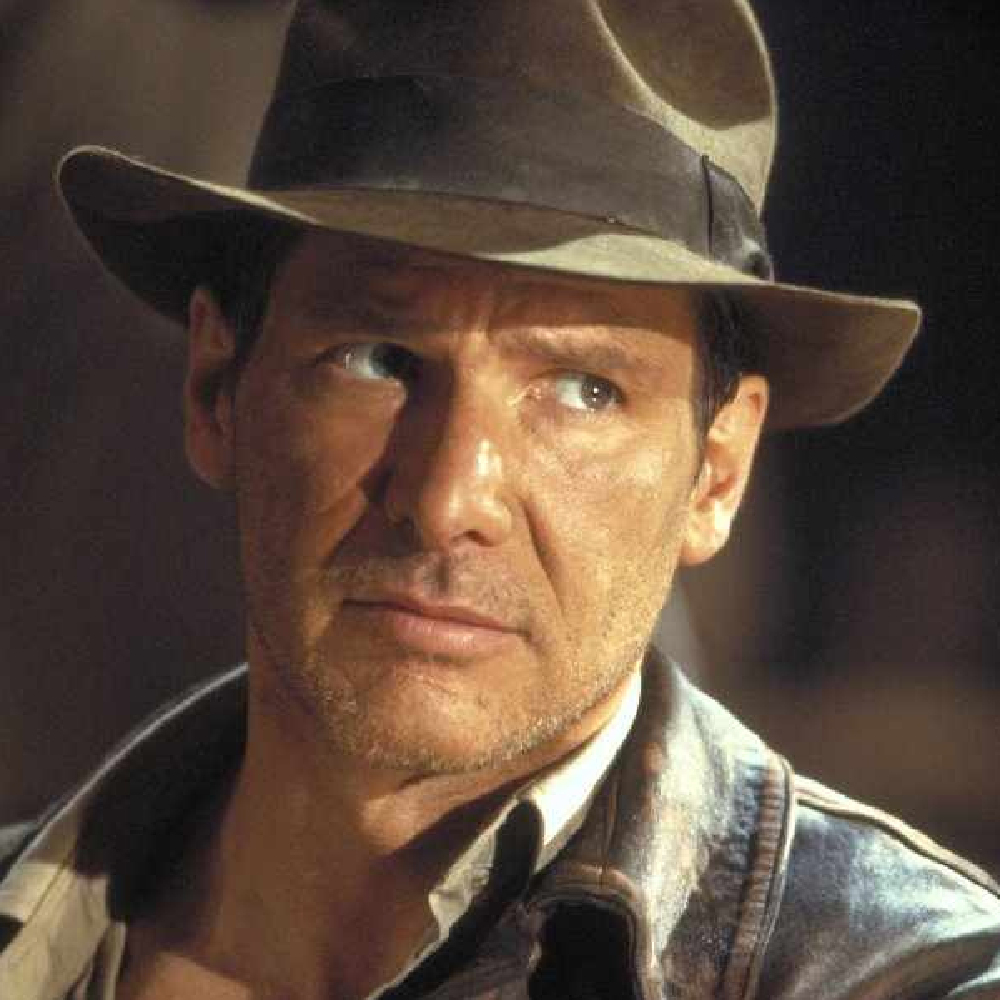 Box Office Mogo have put together a list of the highest-grossing actors of all time... and it really does make for interesting reading.

I have to admit, to have Harrison Ford in the number one spot is a little surprising - he has slightly edged Samuel. L Jackson to the top spot.

Ford as enjoyed an acting career that has spanned over fifty years; he made an uncredited appearance in Dead Heat on a Merry-Go-Round back in 1966.

Of course, he has franchise such as Star Wars and Indiana Jones under his belt and, so far, the actor has grossed over $4.8 billion at the global box office.

Ford returned to the role of Han Solo as he starred in Star Wars: The Force Awakens last year. The movie was a critical hit and a commercial smash as it grossed over $2 billion; it is the highest-grossing film of Ford's career to date.

A fifth Indiana Jones film is in the pipeline and will see Ford reprise this iconic role... and now doubt rake in even more cash at the box office.

Last time a list like this was compiled, it was Samuel L. Jackson who topped - sadly, he is going to have to settle for second place this time around. But his overall gross over $4.6 billion is not to be sniffed at.

The actor has enjoyed critical and commercial success with director Quentin Tarantino, appearing in the likes of Pulp Fiction, Django Unchained, and The Hateful Eight.

Jackson is also a regular in the Marvel franchise as Nick Fury; who started off in more of a cameo appearance in Iron Man before developing a much bigger role going forward.

The likes of Avengers Assemble and Avengers; Age of Ultron grossed over $1 billion each at the box office while Captain America: The Winter Solider was another huge hit back in 2014. It comes as no surprise that Jackson has brought in as much money at the box office as he has.

We still don't know if we will see the actor reprise the role of Nick Fury in Avengers: Infinity War... fingers crossed he will be back.

Morgan Freeman is another actor who kicked off his career in the sixties - appearing in The Pawnbroker in 1964. Since then, he has seen his star rocket and he has delivered a wide range of performances in some truly fantastic movies.

During his career, the actor has brought in $4.4. billion at the box office during that time and is in at number three in this countdown - perhaps a little higher that some would expect.

We have seen him tackle character dramas such as Driving Miss Daisy and Million Dollar Baby to take on blockbusters such as Christopher Nolan's Batman trilogy.

Not only has he enjoyed critical and commercial success during his career, he has been nominated for an Oscar five times.

He won the Best Supporting Actor gong for his performance in Million Dollar Baby but he has never won a Best Actor gong; he was nominated for Driving Miss Daisy and The Shawshank Redemption.

He will be back in Now You See Me 2 and he has also completed work on Going in Style and a new version of the classic Ben-Hur.

Tom Hanks is one of the greatest actors of his generation and it comes as no surprise to me that he had made this list.

Hanks kicked off his career at the end of the seventies and has slowly built to become one of Hollywood's best and most loved leading men.

Splash, The Money Pit, Big, and Dragnet were some of his early successes during the eighties... but it was the nineties when he saw his star rocket.

He won the Best Actor Oscar two years on the trot for his performances in Philadelphia and Forrest Gump - which remains his most famous role.

Saving Private Ryan, Road to Perdition, The Polar Express and the Toy Story franchise are some of the other big successes for the actor.

Toy Story is one of the biggest animation franchises of all time - Toy Story 3 alone grossed over $1 billion at the box office. He is set to return to the role of Woody with Toy Story 4.

We are going to be seeing plenty of Hanks going forward as he has completed work on The Circle, Sully, and Inferno, which sees him return to the role of Robert Langdon.

There is no actor who pulls audiences in the cinema better than Robert Downey Jr. His role as Iron Man has seen him return to the Hollywood elite and he is one of film's biggest stars.

We all know about some of the problems Downey Jr faced early in his career, but he remains one of the most exciting and versatile actors around. Having said that, I just love him as Tony Stark and I want him to stay with the MCU for as long as possible.

It was back in 2008 when he took on the role of Iron Man for the first time and he has gone on to star in three solo films, two Avengers movie and - most recently - a Captain America solo film as well.

Four of those movies have grossed over $1 billion a piece and has helped Downey Jr rake in $3.9 billion at the box office.

It looks like we are going to be seeing him in Spider-Man: Homecoming and Avengers: Infinity War is also on the horizon.

However, it is not all about the MCU as we have seen the actor star in dramas such as The Judge and the fantastic The Soloist in recent years.

I have to admit, I am not an Eddie Murphy fan but he has enjoyed some big box office success during his career.

The fifty-five-year-old actor kicked off his career back in 1980 with 48 Hrs, before going on to Trading Places.

Just four years after making his debut, Murphy starred in the first Beverly Hills Cop film and brought Axel Foley - his most famous character - to life.

Beverly Hills Cop is one of his big successes and two more films followed in 1987 and 1994. There has been a lot of talk about the actor returning to this role for a fourth film.

The Nutty Professor and Doctor Doolittle were other big hits for Murphy before he landed the role of Donkey in Shrek. Shrek went on be one of the biggest animation series ever and Murphy was involved in all four films.

During his career, Murphy has been nominated for an Oscar once - picking up a Best Supporting Actor nod for his performance in Dreamgirls back in 2006.

When it comes to true Hollywood superstars, there are not many bigger than Tom Cruise. It won't come as a surprise to see this actor make this list - grossed $3.5 billion during his career.

Cruise has juggled many different film genres during his career with roles in Jerry Maguire, A Few Good Men, Born on the Fourth of July and Rain Man all under his belt.

But it is as an action star that Cruise is best known and the Mission: Impossible franchise is his most successful series of movies. It was back in 1996 when he took on the role of Ethan Hunt for the first time and four more MI films have been released in the last twenty years.

The franchise has grossed over $2.7 billion and a sixth instalment in the pipeline. However, there is no word on when this film may hit the big screen.

Cruise will be back later this year with Jack Reacher: Never Go Back and he is currently filming The Mummy, alongside Russell Crowe.

Despite Johnny Depp's great talent, he is an actor who has had an up and down career; he has enjoyed huge success as well as appearing in some real howlers.

In the early part of his career, Depp took on a wide range of off the wall roles with Edward Scissorhands, Cry Baby, Ed Wood, Dead Man and Donnie Brasco under his belt - with mixed results.

But the tide turned for him in the late nineties when he reunited with director Tim Burton for Sleepy Hollow. All of a sudden his star rocketed and a number of big roles came his way... and there was none bigger than Jack Sparrow in Pirates of the Caribbean: The Curse of the Black Pearl.

Basing a film a theme park ride doesn't seem like an awesome plan but Pirates of the Caribbean was a huge success and resulted in one of Depp's best performances. Jack Sparrow is one of his greatest character creations and he went on pick up a Best Actor Oscar nomination for his work.

Three more POTC movies have followed and, so far, the franchise has grossed $3.7 billion at the box office. Dead Men Tell No Tales is the fifth film in the series and will be released next year.

Finding Neverland and Sweeney Rodd: The Demon Barber of Fleet Street also brought Depp Best Actor Oscar nominations. Alice In Wonderland, which saw the actor take on the role of the Mad Hatter, is another of Depp's films that grossed over $1 billion.

Michael Caine is perhaps making a surprise appearance at number nine - but he has had a career that has spanned over sixty years. He made his debut back in 1956 in Panic in the Parlour.

During his career, Caine has starred in some truly iconic films such as Zulu, The Ipcress File, Alfie, The Italian Job, and Get Carter. They are movies that are regarded as classics today and have cemented Caine as one of the greatest British actors of all time.

Caine has also worked closely with director Christopher Nolan in recent years, appearing in The Prestige, Inception and has Alfred in the Batman franchise.

He will be back in Now You See Me 2, which sees him reprise the role of Arthur Tressler, and he has also completed work on Going in Style. The movie sees him star alongside Morgen Freeman and Christopher Lloyd, while Zach Braff is in the director's chair.

Here we are at number ten and Scarlett Johansson is the only woman inside that top ten... but, she is the highest-grossing actress of all time.

Johansson has been acting since an early age - we all remember her in the likes of The Horse Whisperer - but it is the last few years where she has really shown her box office power.

However, there is still no sign of a solo Black Widow movie - despite huge demands from fans. I really cannot understand why this movie is not on the schedule.

Johansson has already enjoyed success this year with The Jungle Book - where she voiced the character of Kaa. She has also completed work on the live-action remake of Manga classic Ghost in the Shell.

Johansson is hands down the most successful actress at the box office - Cameron Diaz was the next highest-grossing female star at nineteenth. 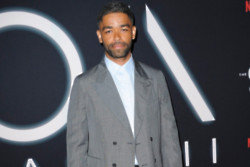 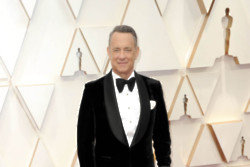 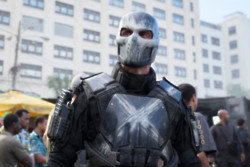