The big screen has been littered with anti-heroes over the years and we are going to see another this week... which comes in the form of Deadpool. 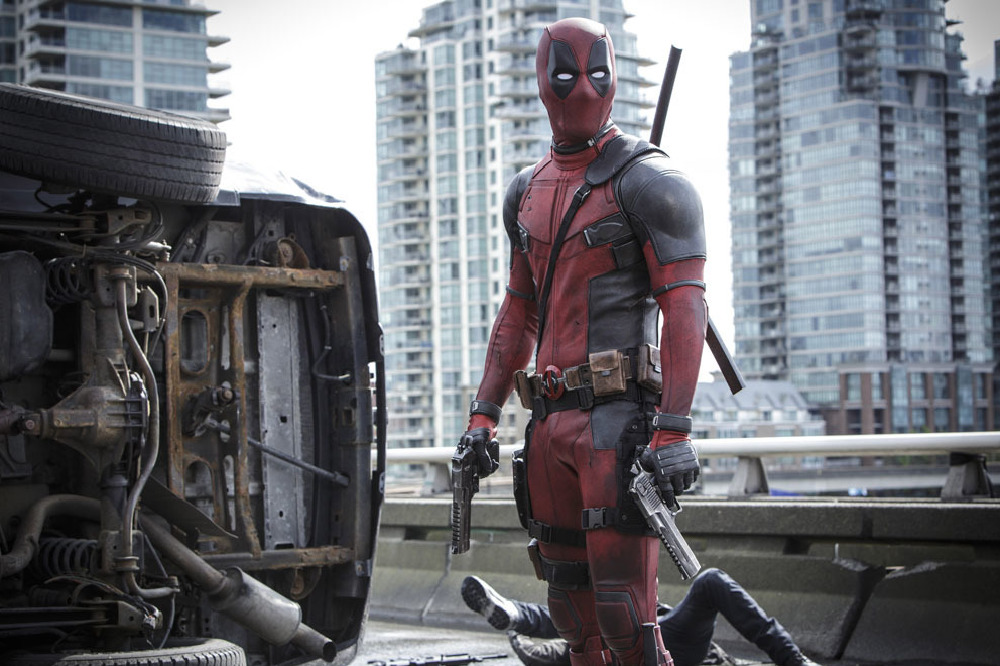 This is the first solo film for the popular comic book character and it is set to be one of the movies not to miss this weekend. To celebrate the release of Deadpool, we take a look at some of cinema's best anti-hero characters.

When it comes to anti-heroes, there are few greater than Travis Bickle from Taxi Driver, played wonderfully by Robert De Niro back in 1976. For me, Taxi Driver remains De Niro's finest big screen performance.

Travis Bickle is a taxi driver in New York and a Vietnam War veteran. He works the night shift to try and cope with his insomnia and he becomes more and more disgusted and outraged by the crime that he sees on the streets of the city. After a chance meeting with a young prostitute (Jodie Foster), he decides to take radical action to save her.

Taxi Driver saw Martin Scorsese in the director's chair and it remains one of the greatest character study movies ever. From start to finish, he is a complex and interesting character whose behaviour will unnerve you no matter how many times you watch it.

But this movie is also a wonderful study of obsession, paranoia and loneliness as well as the impact that war can have on an individual's state of mind. Needless to say, De Niro is fantastic as Travis Bickle and this movie cemented the De Niro/Scorsese partnership. This was the second collaboration between the actor and the director and came three years after the release of Mean Streets.

The movie went on to be nominated for four Oscars, Best Picture, Best Actor, Best Supporting Actress, and Best Original Score. Shockingly, Scorsese was no nominated for Best Director and this movie walked away empty-handed on the night.

When it comes to great anti-heroes of recent years, Captain Jack Sparrow from the Pirates of the Caribbean is up there as one of the very best - and one of my personal favourites.

Hard to believe, but it was back in the summer of 2003 when Pirates of the Caribbean: The Cure of the Black Pearl hit the big screen and we were introduced to the character of Captain Jack Sparrow for the first time. Johnny Depp has brought this character to life and it remains one of his most iconic roles in his very varied career.

Sparrow is not your usual commander of the high-seas, this drunk and sometimes blundering pirate seems to fall into a string of different and dangerous situations. Particularly in the first film, you never quite know whose side he is one... you come to learn that he always on his own side and will do whatever it takes to better his own situation.

But he is a pirate with a heart and we see him fighting many foes as he teams up with Will Turner and Elizabeth Swan in the first three movies - which went on to be a huge box office success during the noughties.

Depp's performance in The Curse of the Black Pearl earnt him a Best Actor Oscar nomination - losing out to Sean Penn for Mystic River - and Sparrow remains one of the best film character creations of all time.

On Stranger Tides was the last time we saw Depp take on this role back in 2011, but Dead Men Tell No Tales is the fifth film in the franchise and will be released next year.

- Randle Patrick McMurphy - One Flew Over the Cuckoo's Nest

Jack Nicholson is one of cinema's greatest actors and One Flew Over the Cuckoo's Nest is one of his greatest movies. The movie saw him pick up his second Oscar but his first Best Actor win of his career.

One Flew Over the Cuckoo's Nest was an adaptation of the novel of the same name by Ken Kesey and saw Nicholson take on the central role of Randle Patrick McMurphy, who is sent to a mental institution to avoid serving a prison sentence. McMurphy may be a rebellious misfit, but insane he is not. It doesn't take long for him to start disrupting the routine on the ward as he begins to do battle with Nurse Ratched.

To a certain extent, One Flew Over the Cuckoo's Nest is a great character study of the central character but it also looks at power and how it can corrupt those who have it - Ratched being the perfect example as she was played wonderfully by Louise Fletcher.

The movie chronicles McMurphy and Ratched as they go head to head on a daily basis for control of the ward; Ratched wants to stifle the life out of the patients, while McMurphy wants to inject life back into them. McMurphy is, on paper, not a particularly nice character but you find yourself rooting for him the minute he comes up against the nurse from hell.

One Flew Over the Cuckoo's Nest was met with critical acclaim when it was released 1976 and went on to win Best Picture, Best Director, Best Actor, Best Actress, and Best Adapted Screenplay.

- Jim Stark - Rebel Without A Cause

James Dean may have made just three films in his very short career, but he made a huge impact in that small space of time... Rebel Without A Cause is perhaps the film that he is best known.

The movie, which was directed by Nicholas Ray, saw Dean take on the central role of Jim Stark, a rebellious young man who a troubled past who tries to start again in a new town... but he finds enemies as well as friends in this new place.

Dean really is the driving force in this film as Stark, a young man who doesn't know who he is, where he fits in, and what the future holds for him. Dean captures the fear and uncertainty perfectly and it is a performance that still resonates with a young audience - we have all been there and asked the same questions that this character is asking throughout the film.

And it is these themes and ideas that make Rebel Without A Cause such an enduring movie as it was one of the first films to really explore the moral decay of America's youth and the struggle that teenagers faced at that time as they tried to figure out where they fitted into society.

The movie was designed to show that decay of youth in middle America, question parental style, and expose the ever-growing rift between the two generations... and it is something that director Nicholas Ray achieved perfectly.

There's some debate as to whether Wolverine is an anti-hero or not, personally, I think he is as he a man who is dragged into doing good and it possibly wasn't a path that he chose for himself. Having said that, he is a character that does redeem himself over the years.

While Wolverine has been a huge comic book character for decades, we were introduced to him on the big screen back in 2000 with X-Men, directed by Bryan Singer. It was the role that would turn Hugh Jackman into a global superstar; he is the only actor to have appeared in all of the X-Men movies to date.

The start of the X-Men franchise saw Logan as a loner, a man who has lost his memory and has no idea who he is or how he got his metal claws and special healing ability. A chance meeting with Rogue, leads him to Charles Xavier and puts him onto the path of the answers that he's looking for.

Later on in the film series, we see Wolverine take up his place as an X-Men and truly fight on the site of good alongside the likes of Cyclops and Storm. He remains one of the most popular and iconic X-Men characters.

Away from the X-Men movies, we have seen two solo Wolverine solo movies and a third one is in the pipeline and is set to hit the big screen in 2017.

Clint Eastwood is one of the biggest film icons of all time and Harry Callahan is one of the best anti-heroes to ever grace the big screen. We have seen the character of Harry in five movies but was introduced to him for the first time in Dirty Harry back in 1971.

Eastwood's performance as Harry Callahan created a new template for the big screen antihero cop as he was a man who was not afraid to cross ethical and professional boundaries to get the job done.

Callahan is a man who his own kind of justice and readily hands it out to anyone who deserves it - no matter what the personal consequences may be.

Eastwood reprised the role in Magnum Force, The Enforcer, Sudden Impact, and The Dead Pool and is one of the most iconic big screen cops of all time.

Eastwood has delivered many terrific performances during his career but Harry Callahan is one up there as one of best film creations. Over forty years on, Dirty Harry is still a great movie.

Deadpool is already one of the most talked about movies of 2016 and sees Ryan Reynolds return to the role of Wade Wilsonl. It was back in X-Men Origins: Wolverine when he played this role for the first time and I cannot wait to see him let loose in his own solo film.

Wade Wilson, a special forces operative, undergoes an experimental operation in a bid to cure his cancer. While the operation leaves him with accelerated healing powers, he is badly disfigured. He sets out to hunt down those who have almost destroyed his life.

Deadpool is one of the most popular comic book characters and regularly breaks the fourth wall - something that we are going to see throughout the Tim Miller directed film. The movie is based on the comic book by Fabian Nicieza and Rob Liefeld and has been adapted for the big screen by Paul Wernick and Rhett Reese.

Deadpool is set to kick off what will be a great year for comic book movies and I cannot wait to see Reynolds finally back in this role. Deadpool is a solo film that has been a long time in the making and it really does look like it will not disappoint. 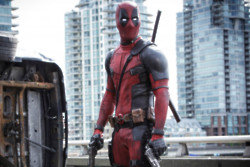