Matthias Schoenaerts is back on the big screen this weekend as he is set to play a former soldier turned bodyguard in Disorder, which sees him star alongside Diane Kruger and work with director Alice Winocour. 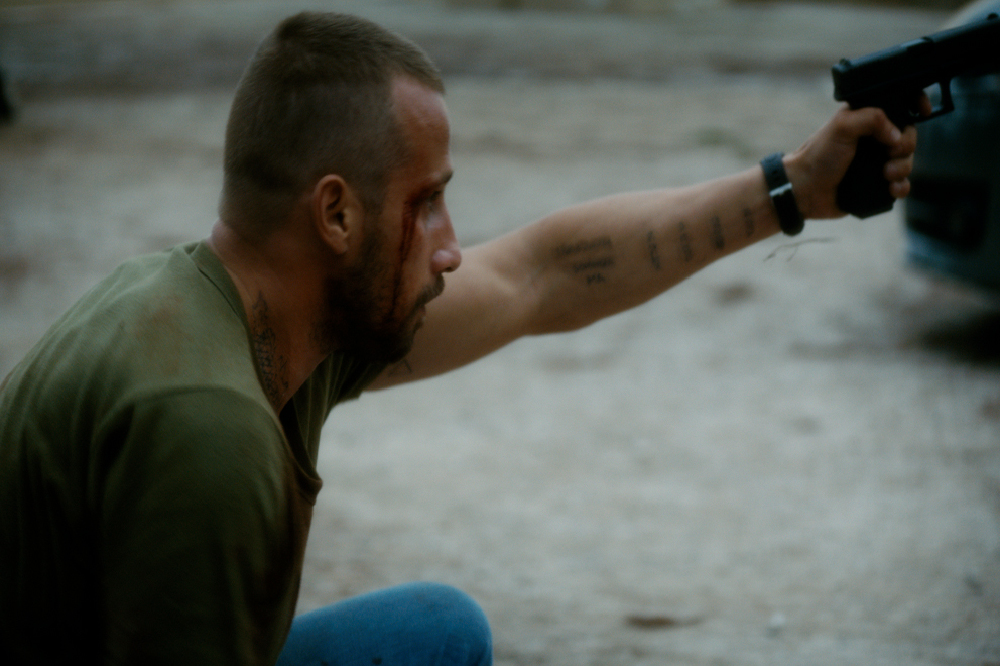 We have seen some terrific bodyguard movies over the years, which have also produced some great characters and relationships. To celebrate the release of Disorder, we look at some of the best.

When talking about bodyguard movies, the obvious place to start is with The Bodyguard - hard to believe that this movie is now over two decades old. Yes, it was back in 1992 when The Bodyguard hit the big screen and Kevin Costner teamed up with Whitney Houston.

Mick Jackson was in the director's chair for the film and Lawrence Kasdan was also on board as he penned the screenplay.

Former presidential bodyguard Frank Farmer (Costner) is assigned a new role as security for Rachel Marron, (Houston) a famous pop singer who received death threats. His strict rules leave the singer and her entourage a little upset, until the stalker does something drastic.

The Bodyguard is one of those movies that you can just kick back and enjoy - no matter who many times that you have seen it. The film marked the big-screen debut for Houston; it was also a great vehicle for her music and singing talent.

Having said that, there is a great chemistry between Houston and Costner, which goes from very strong dislike to one of love and trust.

The Bodyguard was a box office smash upon release and was the second highest-grossing movie of the year. It will come as no surprise to also learn that the film's soundtrack was also a huge success; it remains one of the best-selling soundtracks of all time.

Antoine Fuqua returned to the director's chair in 2013 with the explosive Olympus Has Fallen, which saw Aaron Eckhart play the America President and Gerard Butler a Secret Service agent.

Former bodyguard to the president Mike Banning (Butler) finds himself trapped in the White House while a mastermind terrorist kidnaps the president and essentially takes over the whole building. Until responders can defeat the terrorist, they must rely on Banning and his previous experience to help save the President and protect the nation.

Olympus Has Fallen was one of the guilty pleasure movies of 2013 for me - it really is a terrific action film that I just love. Of course, it is over the top, uber violent and not overly original, but that doesn't mean that you can't have a good time watching it.

Butler shows, once again, that he is a terrific action hero as his character leaps into action - killing just about everyone that moves; seriously, his body count at the end of the film is enormous.

Olympus Has Fallen is one of the best action films in recent years and one that you can come back to time and time again. The sequel, London Has Fallen, has just hit the big screen.

Clint Eastwood returned to the big screen in 1993 to take on the central role in In the Line of Fire. This was his first film since the success of Unforgiven and saw him team up with filmmaker Wolfgang Petersen.

Eastwood takes on the role of Secret Service agent Frank Horrigan, who couldn't save Kennedy on the day of his assassination. He is now called upon to protect a President once more, from a disillusioned and obsessed former CIA agent. John Malkovich and Rene Russo joined Eastwood on the cast list.

I am a huge fan of Eastwood as both an actor and a director and In the Line of Fire truly is a thriller of the highest calibre. From start to finish, Eastwood has such a huge presence on the film as he desperately battles to put his failings of the past behind him.

Petersen builds a wonderful tension between Eastwood and Malkovich's character as they play a nerve-shredding game of cat and mouse. Eastwood may be the hero and Malkovich the villain in the film, but what makes it such a terrific watch is the fact that there two men have lots in common.

In The Line of Fire sees Eastwood and Malkovich on top form and they are helped along by a great script and terrific direction from Petersen.

The movie was met well by the critics upon release and went on to be nominated for three Oscars; Best Supporting Actor for Malkovich, Best Original Screenplay and Best Film Editing.

Denzel Washington turned protector when led the all-star cast of Man on Fire. The movie was an adaptation of the novel by A.J. Quinnell and saw Tony Scott back in the director's chair. Brian Helgeland adapted the book into a screenplay.

Washington takes on the role of John Creasy, a burned-out CIA operative who has been hired to protect a nine-year-old girl in Mexico City. While he has no initial interest in being a bodyguard, he grows fond of Pita, played by Dakota Fanning. Creasy goes on a rampage when the young girl is kidnapped.

Man on Fir is a gritty and action packed movie that see Washington show off his action-man credentials. While there is nothing hugely original about the plot, Scott has crafted the story in a way that is hugely entertaining and will keep you on the edge of your seat.

Washington really does get under the skin of John, a man whose life is given new purpose and drive after befriending this young girl. The relationship between Washington and Fanning is terrific and is the film's driving force.

Man on Fire did receive mixed reviews upon release, but went on to enjoy box office and home release success.

Terminator 2: Judgement Day is widely regarded as the best film in the Terminator film series and hit the big screen back in 1991. The movie saw Arnold Schwarzenegger return to the title role while James Cameron was back in the director's chair.

A cyborg, identical to the one that was sent to kill Sarah Connor in The Terminator, must protect her young son John Connor from the liquid metals, shapeshifting T-1000 that has been sent back in time to kill the boy before he can become the leader of the human resistance.

Linda Hamilton returned to the role of Sarah Connor while Edward Furlong and Robert Patrick were on board as John Connor and the T-1000.

Terminator 2: Judgement Day really did set the bar for all the other movies to follow in this franchise - none of which have been able to live up to what Cameron achieved here.

Cameron cleverly combines the successful elements of the first film with some new twists; mainly the great action sequences and ground-breaking special effects, which helped take the sci-fi genre to the next level.

Schwarzenegger goes from killer to protector and there is a great almost father and son relationship between the Terminator and John Connor. It was a plot twist that was unexpected and helped take the franchise - and the central character - in a completely new direction.

Terminator 2: Judgment Day was a critical and commercial smash and went on to be the highest-grossing film of 1991. The movie is widely regarded as one of the best sci-fi/action films of all time.

Other bodyguard movies include The Pacifier, White House Down, and Guarding Tess.

Disorder is out now.

Tagged in The Bodyguard Olympus Has Fallen 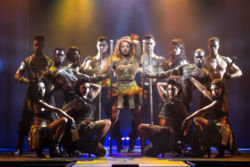 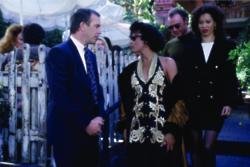 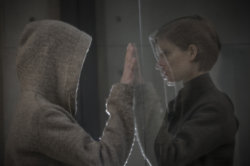