War, stories, and characters around war have been a subject that has fascinated filmmakers for decades, with a whole host of stories that explore life both on and away from the front line. 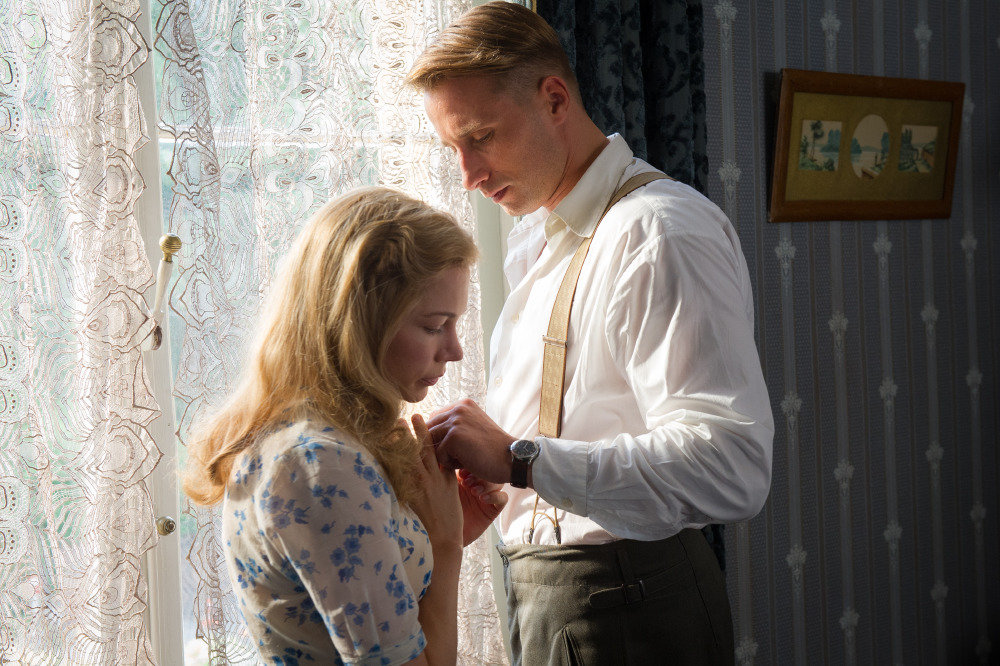 So often, we seen these movies packed with interesting characters and great stories - quite often, the stories that are based on real people and explore true events we know nothing about before sitting down to watch the film.

On many occasions, the movies are inspired by books - some of those novel recount true events while other movies just base their tales during some of the toughest periods in recent history. Suite Française is one of the latter and the adaptation of the novel is set to hit the big screen this week. To celebrate the release of the film, we take a look at some of the wartime movies that have been inspired by some great books.

Suite Française is set to hit the big screen tomorrow and is an adaptation of the novel of the same name by Irene Nemirovsky, which was released back in 2004.

Suite Française was the title of a planned five novel by Nemirovsky - she completed to of the books before she was arrested as a Jew in 1942 and died in Auschwitz. It was not until the late nineties that here work was examined - having been preserved by her family - and released for the first time in 2004.

Set during the Second World War, Suite Française explores what life was like in France during the early years of German occupation - many French families had to have German soldiers and officers living in their homes. The movie follows the blossoming romance between a French villager and a German soldier living in her house at the time.

The movie marks the return of Saul Dibb to the director's chair, in what is his first film since The Duchess back in 2008 -- so he is no stranger to working on period projects. He has also teamed up with Matt Charman to adapt Nemirovsky's novel into a screenplay.

We are to see several war themed movies hit the big screen during 2015, and Suite Française is promising to be one not to miss - Kristen Scott Thomas' performance is already winning rave reviews.

- The Boy In The Striped Pyjamas

The movie follows the character of Bruno - son of a Commandant at a concentration camp - who befriends a Jewish boy in the camp. They build a secret friendship through the camp fence - a friendship that is to have devastating consequences as Bruno discovers what is happening in the camp.

Mark Herman had been behind films such as Little Voice and Hope Springs during his directing career, but this was like unlike any other movie had made when he returned to the director's chair in 2008 to both helm and write this project.

Herman brought together a terrific cast as Asa Butterfield and Jack Scanlon take on the central roles of Bruno and Schmuel. Rupert Friend, Vera Farmiga, David Thewlis, Amber Beattie, and David Hayman were also on board.

The Boy In The Striped Pyjamas may not be a film based on a true story, but that does not stop it from being a powerful and moving watch. Concentration camps had never been really been depicted through the eyes of children before and that made it an even more fascinating story - even if the book/film was criticised for historical inaccuracy.

When it comes to war movies there is non more famous or more critically acclaimed than Schindler's List, hard to believe this movie hit the big screen over twenty years ago - yes, it really was back in 1994.

Schindler's List was based on the book Schindler's ark by Thomas Keneally, which was in turn inspired by Oskar Schindler's life. Schindler was a German businessman who saved the lives of thousands of Jews ruing the Holocaust by having them work in his factories.

Steven Spielberg was in the director's chair for the film, while Liam Neeson took on the central role of Schindler - it remains the finest performance of his career to date. Ralph Fiennes, Ben Kingsley were also on board as SS officer Amon Goeth and Schindler's Jewish accountant Itzhak Stern.

Schindler's List is one of the most powerful Holocaust movies ever made and is one of those films that stays with you long after the credits have rolled. And while Spielberg explores the horrors of that time, he also mixes with this with tender moments to create a very moving and human story.

The movie was met with critical acclaim when it was released and is widely regarded as Spielberg's best work. Schindler's List went on to win seven Oscars, including Best Picture and Best Director.

Another movie that was to enjoy awards success was The Pianist, which was released back in 2003, and was based on the autobiographical novel by Wladyslaw Szpilman- who was a Polish-Jewish pianist and composer who struggles to survive in Warsaw when the war breaks out.

Living in the ruins of the city by 1944, he is discovered by a German officer Wilm Hosenfeld. When Hosenfeld learns that Szpilman is a pianist, he insists that he plays for him. So moved by the performance, Hosenfeld allows Szpilman to hide in the house and regularly brings him food. Szpilman remains in the house until the Germans are forced to retreat at the beginning of 1945.

Adrien Brody took on the central role of Szpilman in the film, while Thomas Kretschmann played Hosenfeld. Roman Polanski was in the director's chair for The Pianist and Ronald Harwood adapted Szpilman's memoir into a screenplay.

Much like Schindler's List, The Pianist was met by critical acclaim upon release and went on to win the Palme d'Or at the Cannes Film Festival, before going on to be nominated for seven Oscars, Best Picture. While it did miss out on the Best Picture gong, The Pianist scooped Best Director, Best Adapted Screenplay and Best Actor for Brody - this remains Brody's best big screen performance.

This is another Holocaust movie that held in high regard and yet Polanski never uses cheap sentiment to tell this story - instead, he has delivered a character study that is both powerful and moving; made even more so by the fact that it is a true story.

The Book Thief is a more recent film - released just last year - that follows a young girl living with an adoptive German family during the Nazi era. The movie is based on the book of the same name by Markus Zusak, which was released back in 2005.

The movie follows Liesel, who tries to escape the horrors of the Second World War by escaping into the books that she steals. But her and her adoptive family's lives are put in jeopardy when they hide a Jewish man in their basement. The Book Thief looks at how ordinary German people suffered at the hands of their own military and how not all of them agreed with their treatment of the Jews.

The Book Thief introduced us to the acting talents of Sophie Nelisse in the central role of Liesel, while Geoffrey Rush, Emily Watson, Ben Schnetzer and Nico Liersch were all also on board. The movie saw Brian Percival return to the director's chair in what was his first feature film since A Boy Called Dad back in 2009.

There is something incredibly touching when a war story is told through the innocent eyes of a child that never fully understands what is happening or why certain people are being persecuted. And that warm innocence flows through this film. While The Book Thief is a solid movie, it perhaps doesn't quite capture the power and pain of the book - you could say the writer and director played it just a little too safe.

Testament of Youth is the most recent film to hit the big screen - released at the beginning of the year - and is set during the First World War. Testament of Youth is based on the war memoir by Vera Brittain, who wrote the book so the fiancé and brother that she lost during that conflict would never be forgotten.

Testament of Youth is regarded as one of the greatest pieces of feminist literature, as it looks at the First World War from a woman's point of view and explored the hardship and struggle they faced like never before. Brittain went on to be a Voluntary Aid Detachment nurse, who nursed wounded in London, Malta, and in France.

James Kent was in the director's chair for the film, and marked his feature film directorial debut. Kent was no stranger to being behind the camera however, as he had helmed TV series such as The White Queen, Inside Men, Marchlands, and TV movie The Thirteenth Tale in recent years.

Alicia Vikander took on the central role of Vera Brittain and was joined on the cast list by Kit Harington, Taron Edgerton, Dominic West, Emily Watson, Joanna Scanlan, and Hayley Atwell were also on board.

Testament of Youth played at the BFI London Film Festival at the end of 2014, and went on to be received well by the critics when it was released in January. 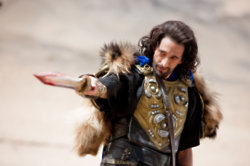 The Best of Adrien Brody... So Far 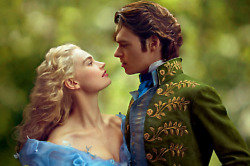 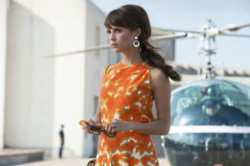