Watch Helen Mirren In Eye in the Sky Clips

We love Helen Mirren here at FemaleFirst and she is set to return to the big screen this week in new war drama Eye in the Sky. 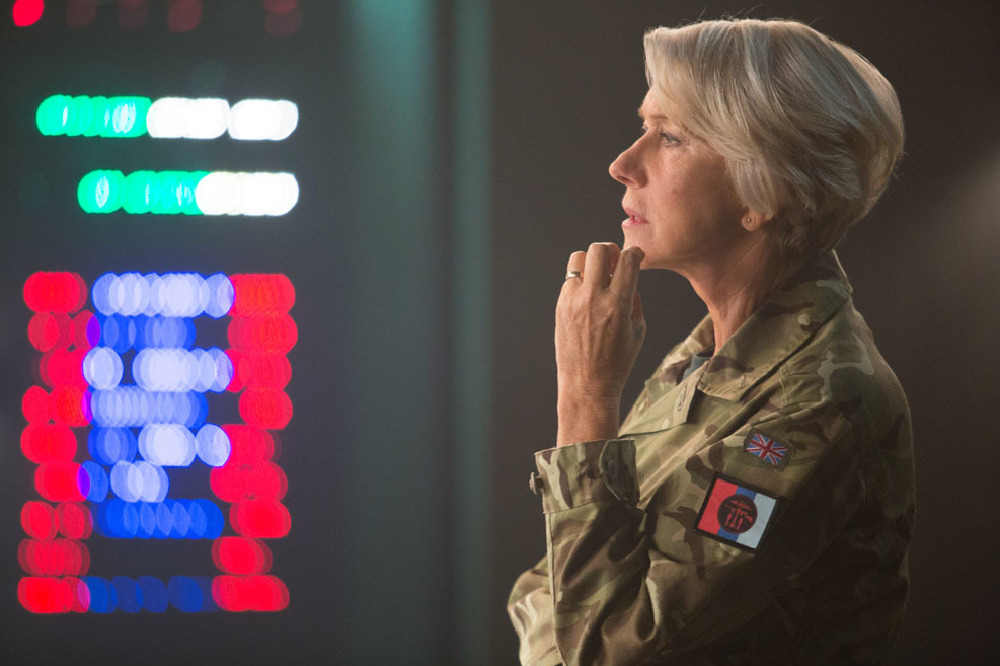 Eye in the Sky

The movie sees Mirren take on the central role of Col. Katherine Powell, a military officer who is in charge of an operation to capture terrorists in Kenya. This is a very different kind of role for Mirren and it is great to see this kind of character cast as a woman. I don't know about you, but I am looking forward to seeing her in action.

There's less than a week to go until Eye in the Sky hits the big screen and we have a trio of fantastic new clips for you to take a look at:

Eye in the Sky marks the return of Gavin Hood to the director's chair for his first feature since Ender's Game back in 2013. This movie also marks the first time that he has collaborated with Mirren.

However, this movie is tinged with sadness as it will be the last time that we will see Alan Rickman on the big screen - he has lent his voice to Alice Through The Looking Glass, which will be released later this year.

Rickman was one of the greatest actors of his generation and we will get to enjoy his acting skill one final time. Aaron Paul, Barkhad Abdi, Jeremy Northam, Iain Glen, and Phoebe Fox make up a terrific and talented cast list.

London-based military intelligence officer Colonel Katherine Powell (Mirren) is remotely commanding a top secret drone operation to capture a group of dangerous terrorists from their safe-house in Nairobi, Kenya. The mission suddenly escalates from a 'capture' to a 'kill' operation as Powell realizes that the terrorists are about to embark on a deadly suicide mission.

From his base in Nevada, American drone pilot Steve Watts (Paul) is poised to destroy the safe-house when a nine-year-old girl enters the kill zone just outside the walls of the house. With unforeseen collateral damage now entering the equation, the impossible decision of when to strike gets passed up the 'kill chain' of politicians and lawyers as the seconds tick down.

Drone warfare is a topic that has been explored quite a few times on the big screen over the year and Eye in the Sky will explore the legal and ethical dilemmas presented by this particular way of fighting a war.

Eye In The Sky is released 15th April.

Eye in the Sky Gallery