There are some riveting films to check out through June 2022!

As the year continues to fly by, we take a look forward at some of the biggest releases coming to Netflix in June 2022! With stars such as Jennifer Lopez, Adam Sandler and Chris Hemsworth all appearing in their own movies on the streaming platform, there's a lot to watch! Here are our top recommendations...

If high-stakes action and intensity is your thing, then it looks as though Interceptor will be right up your street. Audiences will watch as one Army captain is forced to take on the mission she never wanted to undertake; to defend the remote missile interceptor station she is in command of.

When terrorists invade the station in a bid to take control of the nuclear missiles and bring ultimate destruction upon the planet, it's up to one ferocious captain to make sure they don't see their plan through.

Elsa Pataky and Luke Bracey star in what looks to be one of this year's most thrilling flicks, directed by Matthew Reilly.

Comedian Adam Sandler takes on yet another more serious role in his latest Netflix project, Hustle. Here, he plays a basketball scout who wants to turn his unlucky streak into a monumental legacy that will see him go down in history as one of the most influential names the sport has ever seen.

Finding a phenomenal talent and bringing them back to the States, the pair are up against some huge challenges to prove they both have what it takes. With one final shot on the line, they're sure to give it their all; but will it be enough?

Sandler also serves as a producer on the film, alongside professional basketball legend, LeBron James.

Jennifer Lopez is undoubtedly one of the most influential, inspiring and talked about musicians the world has ever seen. Her performances leave jaws on the floor and now, as she approaches the 'second half' of her life, she's allowing fans an intimate peek behind the curtain, as to how she does exactly what she does, so very well.

In Halftime, audiences will not only get to take a look at her career from another angle, but her life as a mother, Latina and, somebody who will use the platform they’ve been given to elevate their voice for the greater good.

This intimate documentary promises to be one of the most stunning and emotional watches of 2022. 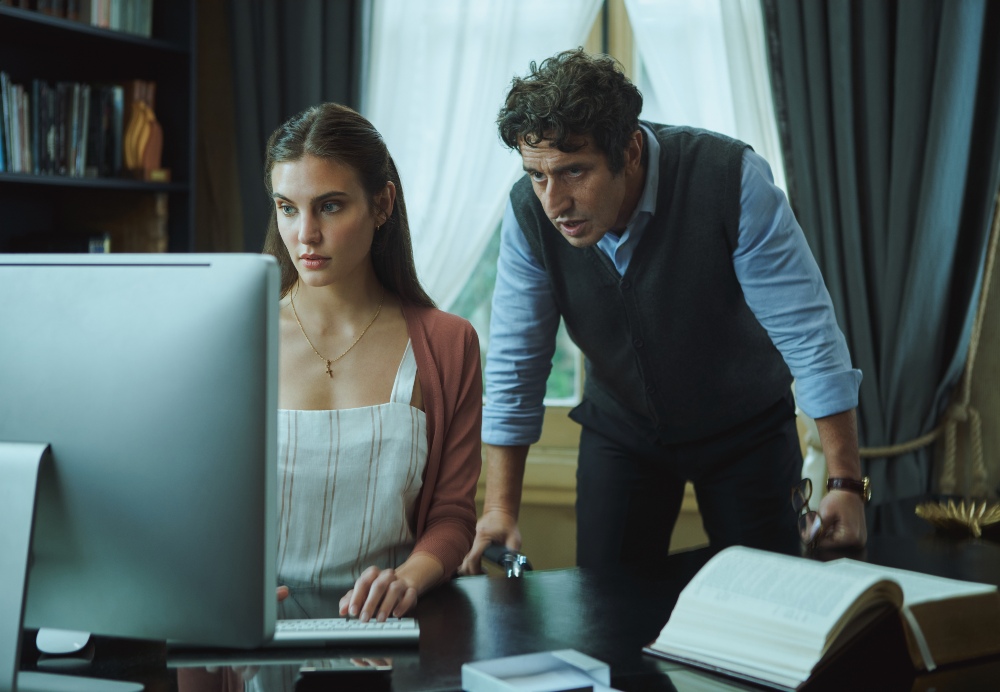 The Wrath of God is coming to Netflix in June 2022 / Picture Credit: Martin Kraut/Netflix

This adaptation of The Murder Book comes from director Sebastián Schindel and stars Juan Minujín, Diego Peretti and Macarena Achaga in a film unlike any other we've heard of before.

The Wrath of God follows Luciana (Achaga), who is involved in a mysterious loop of family deaths that only threatens to get tighter and tighter as the days go by. As her boss looks over the scene with guilt, Luciana is left obsessively hoping to ensure her only remaining relative, her sister, stays alive.

We’ve got a feeling that this one is really going to test our resolve and push us to the limit! We can’t wait…

Two inmates, played by Miles Teller and Jurnee Smollett, form a connection whilst tackling their difficult pasts in a state-of-the-art penitentiary run by a brilliant visionary, played by Chris Hemsworth.

In Spiderhead, Hemsworth's character experiments on his inmates with mind-altering drugs, hoping to change and shape the future of the world. When crossing lines isn't a problem, just how far will he go to 'save lives'?

Based on The New Yorker short story, Escape From Spiderhead by George Saunders, the movie is directed by Joseph Kosinski (Top Gun: Maverick) and premieres towards the latter-half of June.

Also in June, keep your eye out on Netflix for Kabuki featuring Toma Ikuta on June 16th and, Civil: Ben Crump on June 19th.

RELATED: What's in the cinema in June 2022: Films we can't wait to watch, from Lightyear to Elvis