Ones To Watch Indie Bands 2011

After a year of amazing new stuff from the big names of 2010, some new bands and artists are coming our way for 2011.

We Are Infant Terrible- Are one of the quirkiest bands that is sure to hit our ears hard. “Wild Child” is a sample of their material and wild may not be the word. This band have broken down barriers that music had and conjured a new take on techno Indie. If weird is what you like in a band then these will be perfect because it is, well, just plain weird. Crystal Castles fans will love them also. 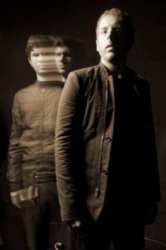 Innerpartysystem- They have been around quite a bit this year (you may have heard their single “Don’t Stop”) but 2011 will see this band fully break out into the alternative music industry. This band have made a genre of their own combining pretty much every genre under the sun into one massive, super hybrid. I’m really not joking, they have made it possible.

Warpaint- This band create a haunting sense of the word Indie, combining special voice effects to the traditional Indie components. Emily Kokal, lead singer and guitarist especially makes their single “Elephants” chilling yet enticing. They are also nominated for BBC Sound of 2011 so keep an eye out for the results as I feel they’re quite a contender. Warpaint is the perfect band for summer 2011, especially in a field either at a festival or chilling with friends. Whatever suits your lifestyle, festivals should be lining up to get this band on their line ups because they’re definitely worthy of recognition.

Clare Maguire- Another nominee for BBC Sound of 2011 and one of the most talked about acts amongst the nominations. This could be because of her eerily fantastic and unique voice that has yet to be exposed. “Ain’t nobody” just proves Maguire has the potential to take her career to the next level. I’m certain she’ll do well even if she doesn’t come out on top for Sound of 2011. She recently toured with Plan B and Hurts, just an example of her exposure so far.

Cloud Nothings- Mainly acoustic with great potential. He may stick to the traditional roots of Indie but there is no doubting he has more talent than some bands that have slipped through the cracks and he’s done well on his own already. With quite a few views on his YouTube.com videos, it won’t be long before he has enough support to get on tour. Look out for him in 2011.

Yuck- Yet another Sound of 2011 competitor, there is no denying that this years nominees are out to impress. Taking a more post-punk approach to their sound, it’s winning them positive reviews from the likes of Zane Lowe and Huw Stephens. Although they may be set to play small stages at festivals in 2011, by the end of the year they will be making waves in the industry. No doubt about it.

Revere- I have only just heard of this band but I can’t stop listening to them. Think The Killers meet Interpol and you’ll have Revere. Quite a feel good band which enjoy the use of trumpets like in “We Won’t Be Here Tomorrow” to give it that jolly little boost. They have received great feedback from the online community so now it will only be a matter of time until they hit out TV screens and festivals.

The Vaccines- Definitely a band for any alternative night club as these guys aren’t shy of an upbeat tune. Also nominated for Sound of 2011 (The Indie bands are really taking over this years awards!) The Vaccines have been busy promoting themselves and even bagging a slot on NME’s upcoming tour.

Ideals- Originally called It’s A Trap, changing their name has brought this band some good fortune. They may have been around for sometime but mainly on the quiet so 2011 is bound to be the year they come out of their shells. They’re a lot of fun and would be perfect for a slot at Glastonbury. I would be disappointed if they don’t make it next year. 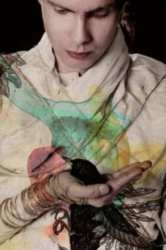 Jónsi- The lead singer of Sigur Ros is using his time wisely while the band are on hiatus. After writing his own album this year, it is very likely he will produce other great projects in 2011with the band or without. He’s someone to watch out for at festivals right across Europe. 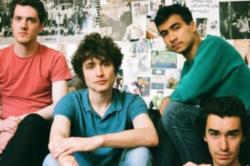 Flyte – Over And Out – Single Review 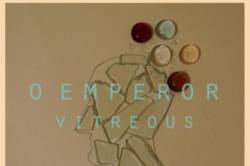 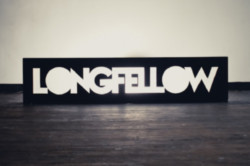