The Alt Dance eccentrics are set to release their brand new single 'Hot Mess' on February 15, 2010. It's the second single to be taken from the forthcoming album of the same name out the following week, The band has also announced a UK tour which kicks off on February 5 and includes a date at London's Sherpherds Bush Empire on February 10.

‘Hot Mess’ follows their recent Top 20 hit single ‘Good Girls Go Bad’, released in October the track included guest vocals from Gossip’s Girl’s Leighton Meester.  It was A- listed at Radio 1, whilst the video (which was nominated for Best Pop Video at the MTV VMA awards alongside Beyonce, Britney Spears and Lady Gaga) was playlisted at 4music, Smash Hits, Kerrang, MTV 2/ Hits and The Box.  The track has so far sold over 1.6 million copies worldwide.

Forthcoming album Hot Mess received a flurry of ecstatic press reviews stateside with People declaring it “a sexy, synthed-up come on that proves irresistible,” whilst  Billboard praised Hot Mess as “full of rhythmic dance songs and power-pop anthems,” and Rolling Stone hailed the album as “packed with electro-sleaze tunes that go over the top in both their bright sound – sassy hook-singing girls are prevalent – and wink-wink mien.”

Cobra Starship are the brainchild of ex-Midtown frontman Gabe Saporta.  After the inclusion of their killer track ‘Bring It (Snakes On A Plane)’ on the hit movie’s soundtrack things soon took off and it was time for Gabe to get a full band together.  He enlisted old friends Alex Suarez and Ryland Blackington from This Is Ivy League for bass and guitar duties respectively, and drummer Nate Navarro, Victoria Asher took on the role of keytar and the line-up was complete.  With the aim of, “teaching hipsters to not take themselves so seriously and telling emo kids to stop being pussies”, the band released their first album - While The City Sleeps, We Rule The Streets, and extensive tours with the likes of Fall Out Boy, Panic! At The Disco, and 30 Seconds to Mars soon followed.  2007 saw the release of the acclaimed “¡Viva La Cobra!” – which featured the singles “The City Is At War” and “Guilty Pleasure”.

Currently on a sold out headline tour across the US the band are renowned for their killer live shows. The newly announced dates will be their first UK shows since May 2009 when they completed a sold-out UK tour (which included a date at London’s ULU). 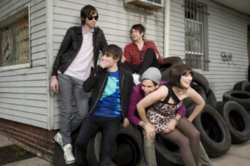 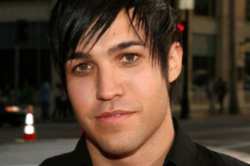 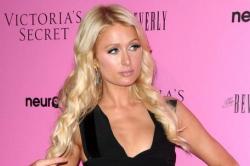