The multi-talented Eugene Francis Jnr has announced a new single ‘Necronomicon’ to be released on June 11th 2012, the first track taken from Eugene’s forthcoming album ‘Death And Das Love Bytes’ out this autumn.

In typical troubadour style,Eugene then sold everything he had accumulated, flew to Los Angeles, bought amotorcycle and set off on a sixteen-month adventure throughout the US, Canada and Latin America.

Returning to the City Of Angels overflowing with new song ideas, a sprig of production magic and a brainful of the vivacity catalysed by momentous life experiences.

Since then Eugene has beenrecording his new album ‘Death And Das Love Bytes’ in his Californian studio.The new album is definitely a more electronic departure from his previous dalliances, with lashings of analogue goodness and hunks of dirty digital meat writhing together in a symbiotic, sweaty mass.

The first single ‘Necromonicon’ isthe perfect introduction to the new direction for Eugene, but is only the startof the diversity that can heard throughout the album.

Joyful folktronica inplaces and sinister, minimal and avant-garde in others, he playfully fuses beats, loops and synthesized samples together to form multi-layered and infectious pop songs.

Despite overflowing into the electronic stratosphere more than ever before, the songs still carry his trademark vocal - a spliced approximation of Jonathan Richman and Conor Oberst.

‘Necronomicon’ is out on June 11th 2012 from all good digital stores. The album ‘Death And Das Love Bytes’ is out this Autumn. 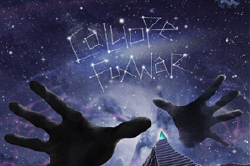 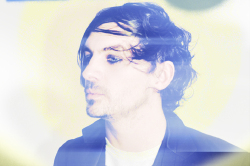