As we take a look back at those musicians who have left this Earth long before their time, it’s only fitting that we honour the legendary Queen frontman, Freddie Mercury.

Born on September 5 1946, as Farrokh Bulsara, he grew up to be one of the best known rock frontmen of his time, and was renowned for his flamboyant musical performances and his outlandish stage outfits.

Born on the island of Zanzibar, off the coast of Tanzania, Freddie spent his younger years at a boarding school for boys in Panchgani near Bombay in India where he was a very bright student who expelled at sports, in particular boxing.

However, whilst at school, he did what most boys did and formed a band called The Hectics, for which he played the piano but that was brought to an abrupt end, as when he was 17, Mercury and his family fled from Zanzibar as a result of the 1964 Zanzibar Revolution and he ended up on the streets of London.

After he graduated from Freddie decided it was time to pursue a career in music and took a job selling clothes to fund a couple of his bands, it wasn't until 1970 however, that he joined guitarist Brian May and drummer Roger Taylor to form what would become Queen.

The band enjoyed success in the UK in the early 1970s with the albums Queen and Queen II, but it was the release of Sheer Heart Attack in 1974 and A Night at the Opera the following year that really gave the band some international success.

In their time on the music scene the guys the released fifteen studio albums, five live albums as well as numerous compilation albums, eighteen of which have reached number one in charts around the world.

In addition to his work with Queen, Freddie Mercury also put together two solo albums as well as several singles. However, his solo work did reap him as much success in the mainstream music industry, it was received well by critics.

The albums outside of Queen were Mr. Bad Guy in 1985 and Barcelona in 1988, with the former being a pop-oriented album that emphasises disco and dance music whilst Barcelona was recorded with the opera singer Montserrat Caballé, whom he had long admired.

Although Freddie is mainly regarded as a gay icon, he did actually have a long relationship with a girlfriend named Mary Austin but by the mid 1970‘s he had started to have an affair with a male record executive at Elektra Records which, unsurprisingly ended up ruining his romantic relationship with Austin.

Freddies sexuality became a real talking point in the 1980’s though, as he began to pay regular visits to gay bathhouses and clubs where he met many short-term partners, until he finally settled down in 1985 with a hairdresser named Jim Hutton, who lived with Freddie during the last six years of his life.

Although Freddie denied being ill until the day before he died, Jim Hutton claimed that Mercury was diagnosed with AIDS in the spring of 1987, so it was of no surprise then, that the rumours failed to die down in the press, fuelled by the progressive change in Freddie's appearance, from healthy, to increasingly gaunt.

In a shocking example of how ruthless the press can be, towards the end of his life, he was routinely stalked by photographers, while the daily tabloid newspaper The Sun featured a series of articles claiming that he was seriously ill.

Things finally came to a head on November 22 1991,when Mercury asked Queen's manager Jim Beach to help him prepare a public statement; which, released on 23 November read; "Following the enormous conjecture in the press over the last two weeks, I wish to confirm that I have been tested HIV positive and have AIDS. I felt it correct to keep this information private to date to protect the privacy of those around me.

"However, the time has come now for my friends and fans around the world to know the truth and I hope that everyone will join with my doctors and all those worldwide in the fight against this terrible disease. My privacy has always been very special to me and I am famous for my lack of interviews. Please understand this policy will continue."

Just over 24 hours later, Freddie had lost his battle with the illness and he had died of bronchial pneumonia resulting from AIDS at the age of 45. His death brought renowned global awareness to the dangers of the disease and he continues to be cited as one of the greatest singers in the history of popular music.

Tagged in Freddie Mercury The Queen 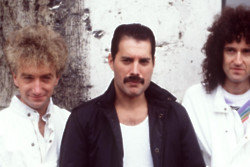 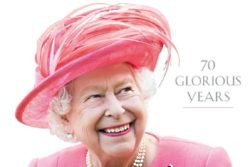 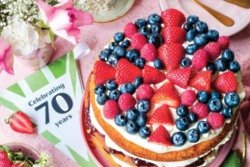